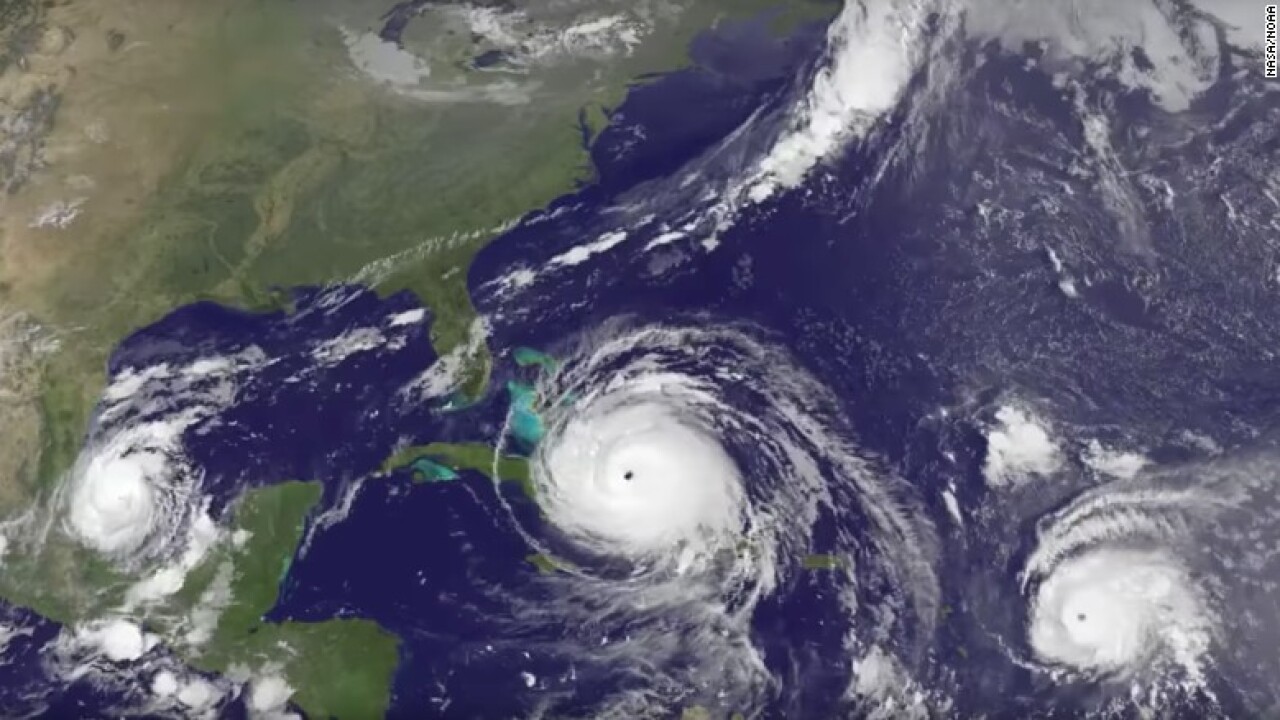 Hurricane Jose strengthened to an “extremely dangerous” Category 4 storm Friday, with maximum sustained winds near 150 mph, according to the National Hurricane Center.

The storm was about 335 miles east-southeast of the Northern Leeward Islands at 5 p.m. ET Friday, moving west-northwest at 17 mph, the National Hurricane Center said.

A hurricane warning was put into effect Thursday for Barbuda and Anguilla, Saint Martin and Saint Barthelemy. A hurricane watch remained in effect for Antigua.

The eye of Irma passed over Barbuda, a tiny Caribbean island of about 1,800 residents, on Wednesday, destroying telecommunication systems and cell towers. The storm damaged about 95% of the buildings on the island, Prime Minister Gaston Browne said.

This is the first time on record that the Atlantic has had two hurricanes with 150-plus mph winds at the same time, Colorado State University meteorologist Philip Klotzbach said.

In addition, Hurricane Katia in the Gulf of Mexico has maximum sustained winds of 100 mph and is expected to make landfall in Mexico early Saturday, the National Hurricane Center said.

Fluctuations in Hurricane Jose’s intensity are possible for the next day or so, the National Hurricane Center said, and the storm is expected to gradually weaken after that.