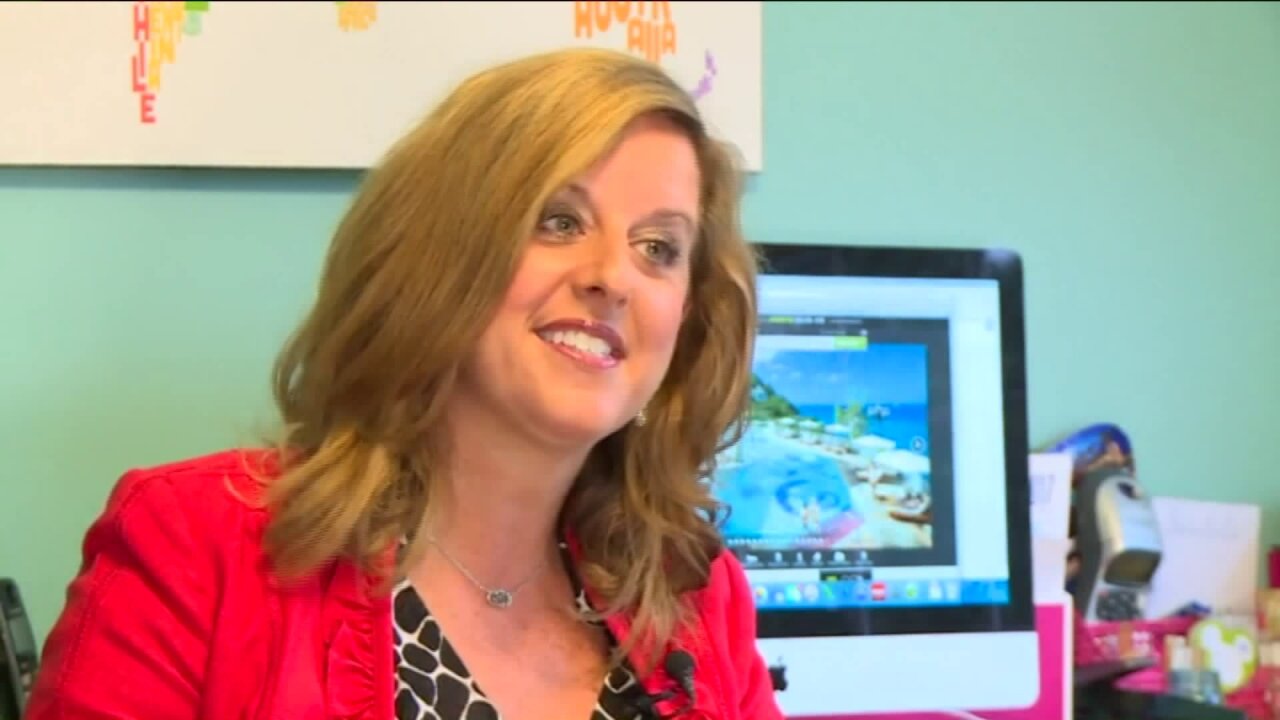 HENRICO COUNTY, Va. — As Hurricane Irma barreled down on the Caribbean on Friday, Kim Goldstein worked to find her clients another path home from their vacations.

“We become mini-meteorologists in the process,” Goldstein said while sitting in her Glen Allen home office.

Goldstein helps families and couples book vacations as a travel consultant through her business, Journeys Inc. This mother and wife constantly battles the weather, especially during the official hurricane season between the months of June through November.

“We do a lot of honeymoons so a lot of people get married in September and October, which is the heart of hurricane season,” Goldstein said.

As of noon Friday, there were five flight cancellations from Richmond to Florida as well as two delays.

About 70 of Goldstein’s clients are visiting Jamaica during the weekend to attend a destination wedding. Some of the guests may need to find alternative travel plans back to America as Hurricane Irma is forecasted to make landfall in Florida on Sunday.

“We’re not sure of the ones that have a connection in Atlanta or Miami,” Goldstein explained. “That’s not working so we’re looking rerouting some of those people.”

Luckily Jamaica was sparred from the brunt of Irma’s wrath.

Goldstein encountered the same issue when Hurricane Matthew was upgraded to a Category 4 storm as it barreled toward the Eastern coast with wind gusts up to 165 mph in October 2016.

She said about 10 clients aboard a Disney Cruise was scheduled to port near Orlando, but turned around and were forced to stay another night in the Atlantic. One couple stayed an extra night in Antigua until flight plans were confirmed.

The expected devastation and aftermath that Hurricane Irma may leave behind is what scares Goldstein the most.

“On Monday and Tuesday, I’m a little nervous because if Atlanta and Fort Lauderdale go out it’s going to crazy,” she said.