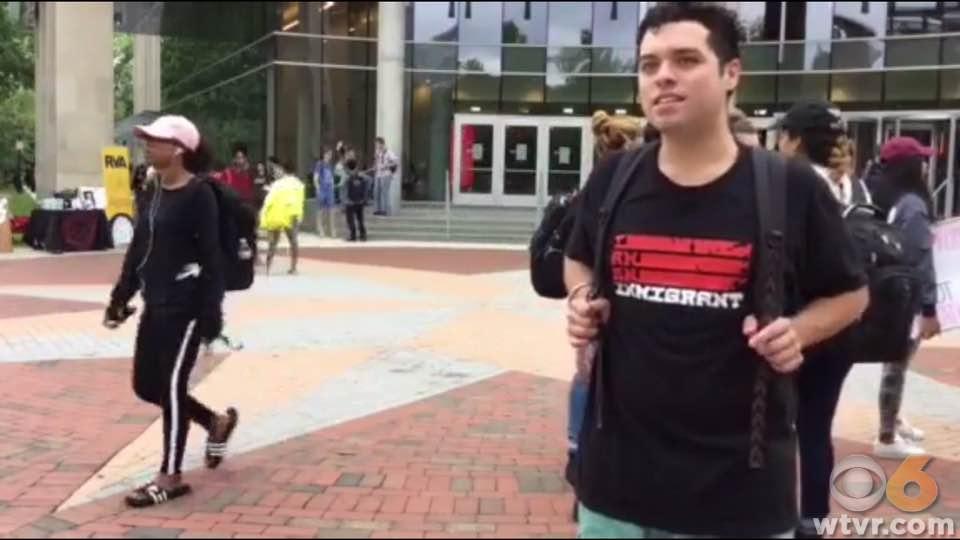 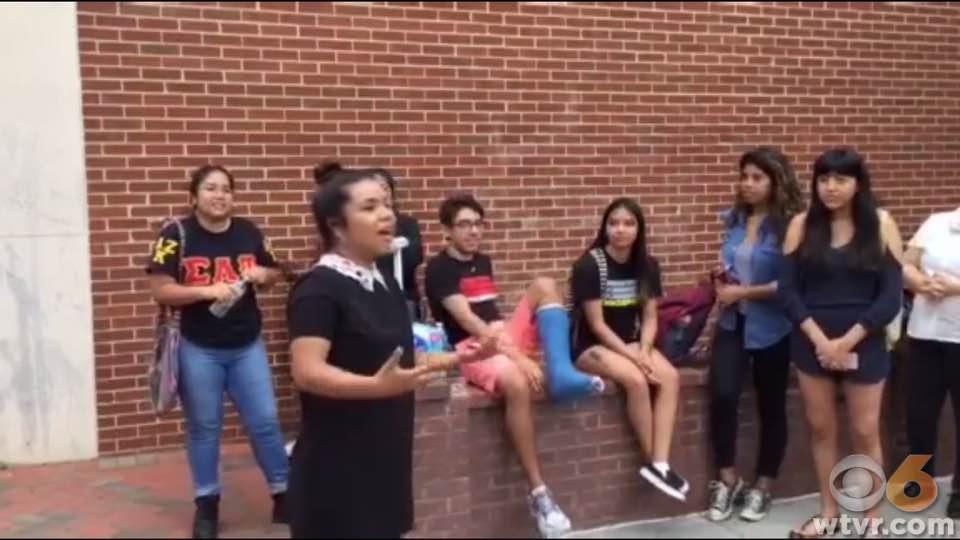 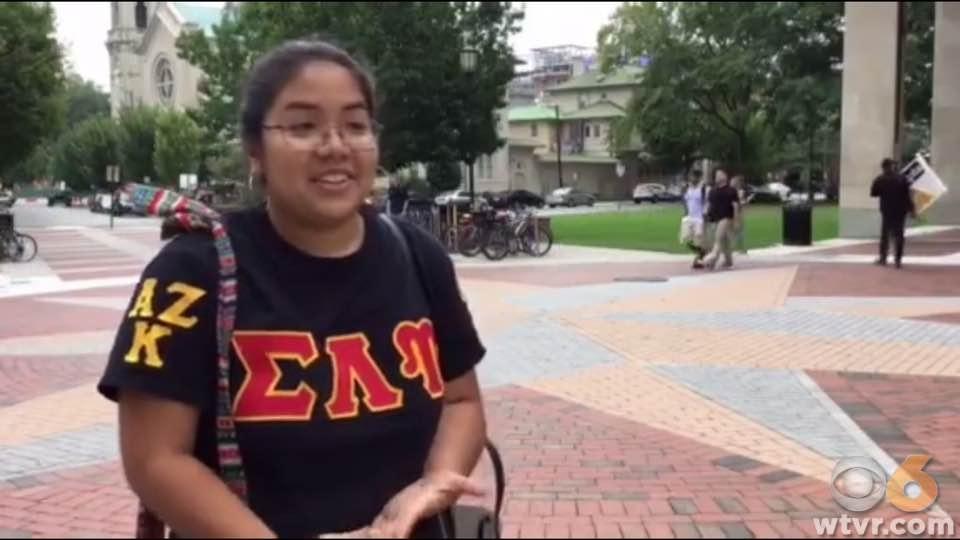 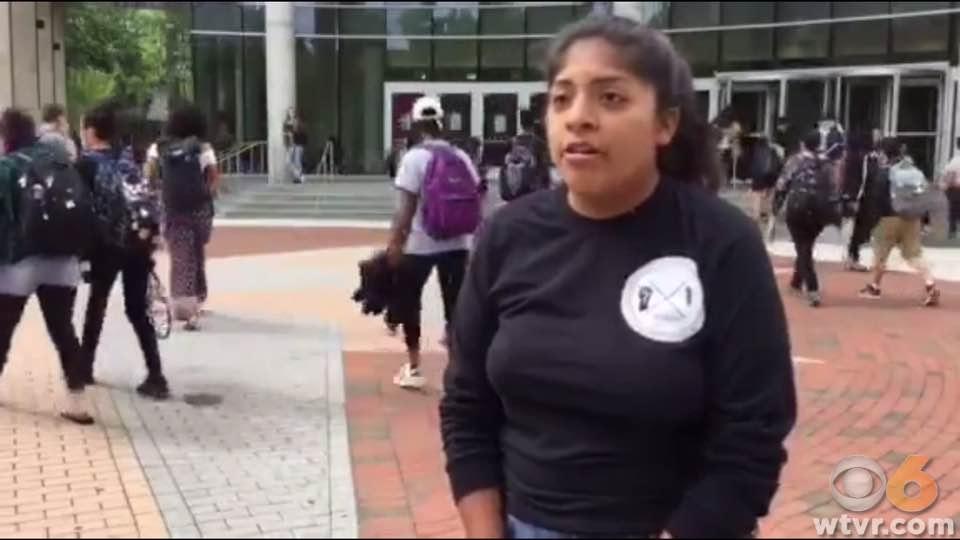 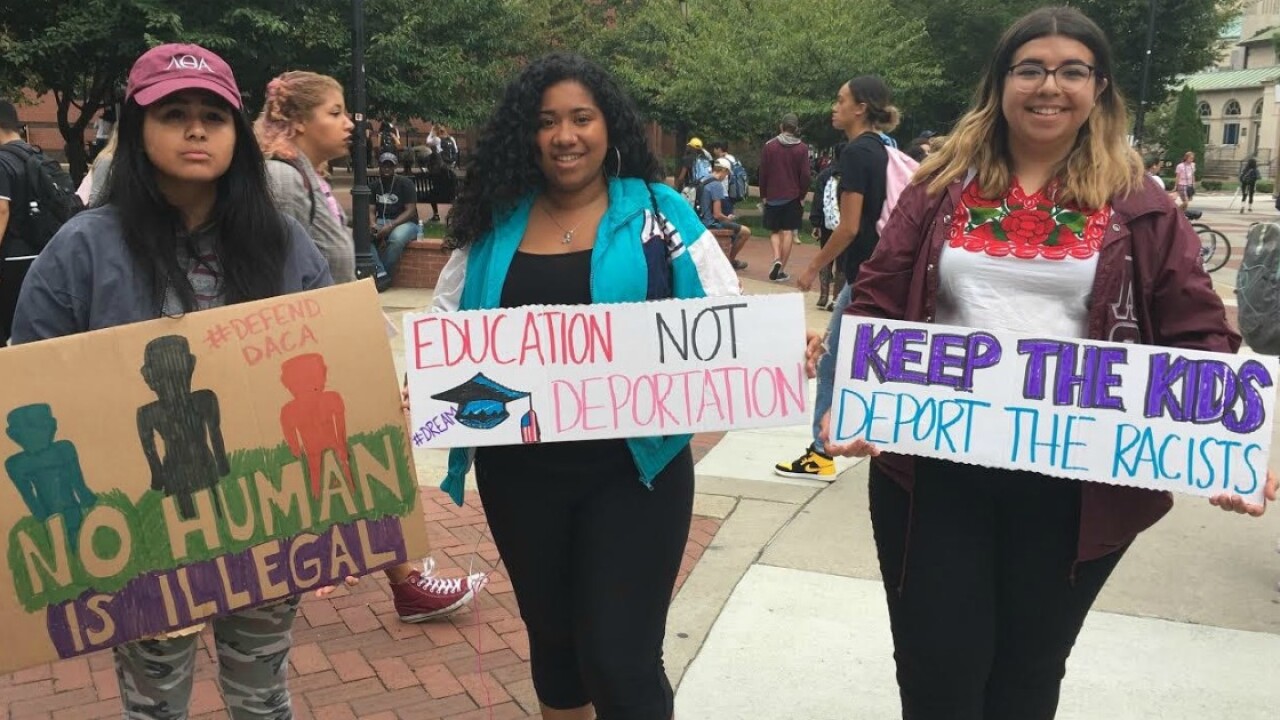 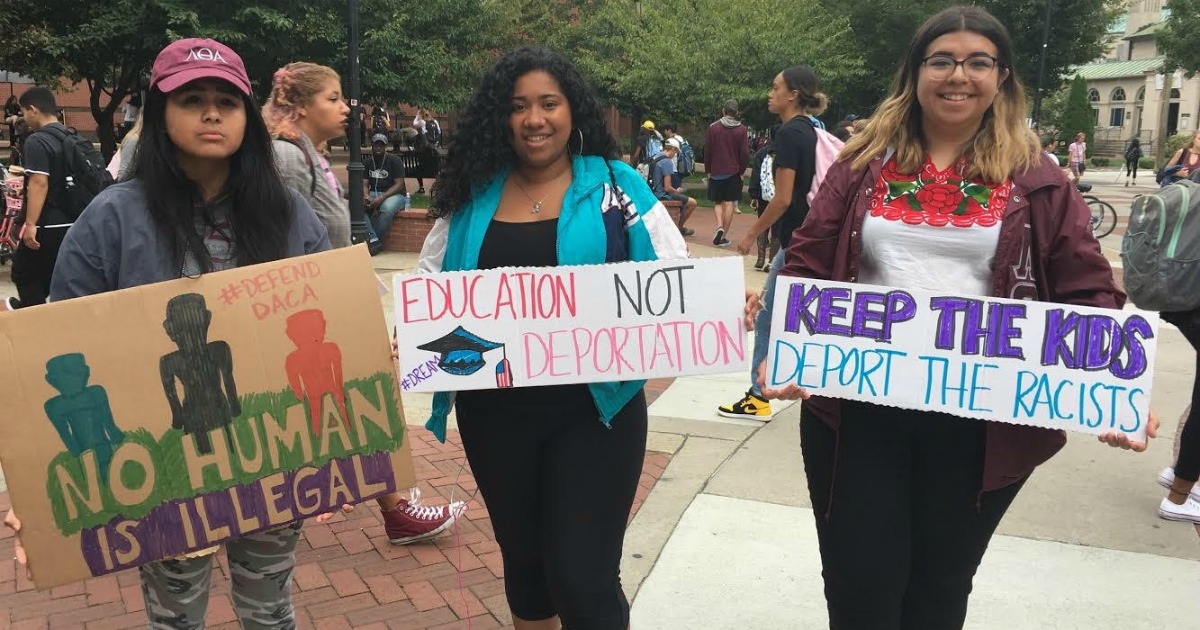 The DACA program, which started under the Obama Administration, protected almost 800,000 undocumented young people from immediate deportation as they were brought to the U.S. as children. The program allowed those "Dreamers" to work and go to school.

According to State Council of Higher Education for Virginia, VCU had 58 students with DACA status as of January 2017, compared to 24 at the University of Virginia and 171 at George Mason University.

Moreno-Caycho said to the crowd of around 50 people that a few students met with VCU President Michael Rao and Vice Provost Charles Klink on Wednesday morning to express their concerns.

Rao had already addressed the VCU community in an email on Tuesday, in which he described DACA students as “an integral part of our community.”

The VCU president added that VCU “will continue to advocate for DACA students within the legal bounds that govern us as a public university. We are committed to safeguard their privacy and confidentiality to the fullest extent allowed by law.”

Moreno-Caycho had also attended a sit-in with the immigrant group Movimiento Cosecha at Trump Tower in New York City on Tuesday to protest the rescinding of DACA. The rally at VCU was organized to show solidarity with undocumented students “to show that we are safe here and that we are here to stay.”

Moreno-Caycho added that she is not ready to give up: “We have been fighting before DACA, we’ve been fighting during DACA, and we will most certainly fight after DACA.” Other DACA students also demanded support for the DACA program and undocumented immigrants.

“I’m a DACA recipient,” said VCU junior Yanet Amado, who has been at VCU for two semesters and faces the expiration of her DACA in October 2018. “Do I look different? The only thing that separates me from you is my legal status. My family now is in fear, my family now has to live every day knowing that I might not see them once again at night. Every time I leave that door, I do not know if I’m going to see my mom, or my dad or my sister. Because unfortunately, this is reality.”

VCU senior Vicente González, wants VCU to be able to prepare for the worst outcome for the DACA students.

“Right now preparation is a big issue,” he said. “If all of this unfolds the way that it’s supposed to, most DACA recipients will have to pay out-of-state tuition. So what is VCU doing to prepare for an increase in tuition? Are they going to start a fund? Are they going to provide scholarships?”

Rao had promised in his statement that VCU “will use this occasion, once again, to demonstrate the values that define us, guide us and unite us as one university. VCU will embrace all of our people and help all of our people succeed.”

By Ashley Luck and Dai Ja Norman (Special to WTVR.com)

EDITOR’S NOTE: WTVR.com has partnered with the iPadJournos mobile and social media journalism project at VCU’s Richard T. Robertson School of Media and Culture. Students from the project reported this story.