Evacuated babies get to go home after Harvey 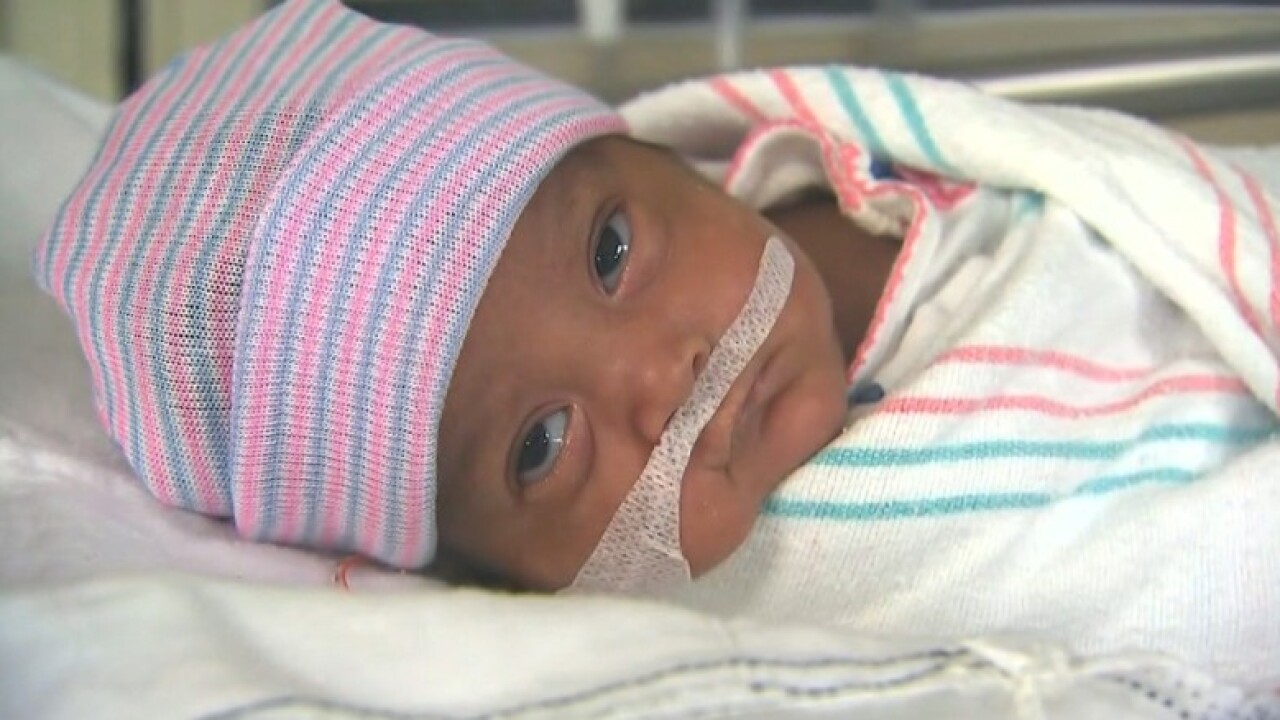 BEAUMONT, Texas — Babies who were dramatically airlifted out of a neonatal intensive care unit about 120 miles away in Beaumont, Texas, last week are expected to return Tuesday as the hospital now has access to clean water.

“We’re really excited. Now her grandma and everyone else can see her,” said Martha Sifuentes, whose five-week-old daughter, Itzel, was one of the eight babies evacuated Friday to the University of Texas Medical Branch in Galveston.

Sifuentes said she and her husband, Angel Gonzalez, were grateful to the doctors and nurses at UTMB and the Baptist Hospital in Beaumont.

“Everybody has been so great and sweet and patient with her,” she said.

The couple was separated from their daughter for a day after she was evacuated by helicopter because of flooding on the roads between Beaumont and Galveston. “It was heartbreaking,” she said.

But on Saturday the roads cleared up, and they reunited with Itzel. “It was almost like I was seeing her for the first time,” Gonzalez said.

Baptist Hospital had plenty of food and staff last week, but had to close when the city’s water pump failed. The hospital still doesn’t have running water, but water is being shipped in from Nederland, Texas, about 12 miles away, according to hospital spokeswoman Mary Poole. Trucks are delivering about 100,000 gallons of water a day.

Of the eight babies who were airlifted out of Baptist Hospital — five on helicopters and three on airplanes — two were discharged after they arrived in Galveston. Of the remaining six infants, only Itzel’s parents were able to make the trip from Beaumont, which was hard hit by Harvey.

“Many of them — their homes were flooded,” said Dr. Snehal Doshi, director of neonatology at Baptist. “And others couldn’t get out. All around the area bridges and roads are flooded and washed out.”

Dr. Joan Richardson, chair of the department of pediatrics at UTMB, said the babies were in great shape when they arrived at her hospital.

“They were asleep. They were very happy. They could have cared less that they’d been in a helicopter,” she said.

The babies have done well in Galveston. Itzel, who was born ten weeks early, hit a major milestone for a preemie baby: She was allowed out of her enclosed isolette (an incubator that allows for temperature and oxygen control), and into a regular crib. “It’s a big step. She’ll be going to college soon,” Richardson said.

Doshi accompanied Itzel and the babies from Beaumont to Galveston, and has stayed with them since Friday. On Tuesday he’ll ride with the babies on the ambulance back to Beaumont. He could have gone home and left the babies to the care of the Galveston staff — but he didn’t.

“They’re our babies. The parents and their families — they trusted us with their kids,” he said.