"The Ellen DeGeneres Show” kicks off its Season 15 premiere Tuesday with an exclusive in-studio appearance from Marcus Martin and his fiancé Marissa Blair from Charlottesville.

Marcus and Marissa were attending the counter-protest to oppose a “Unite the Right” rally when a car plowed into the crowd.

In a split-second decision, Marcus heroically pushed Marissa to safety while he was struck by the vehicle leaving him with leg injuries.

At the time of the attack, the couple was with their friend Heather Heyer who was tragically killed by the incident.

Marissa tells Ellen her gut reaction was to leave the rally when they saw white supremacists, but instead found the “happy people” who wanted to spread love.

Marcus and Marissa recount the moments before and after the attack and share how they’re trying to make sense of the incident while staying positive.

Marcus and Marissa also tell Ellen their wedding colors will be purple in honor of their friend Heather Heyer who tragically passed away from the attack.

Plus, Ellen gifts the couple with $25,000, courtesy of Shutterfly, to put toward their nuptials. 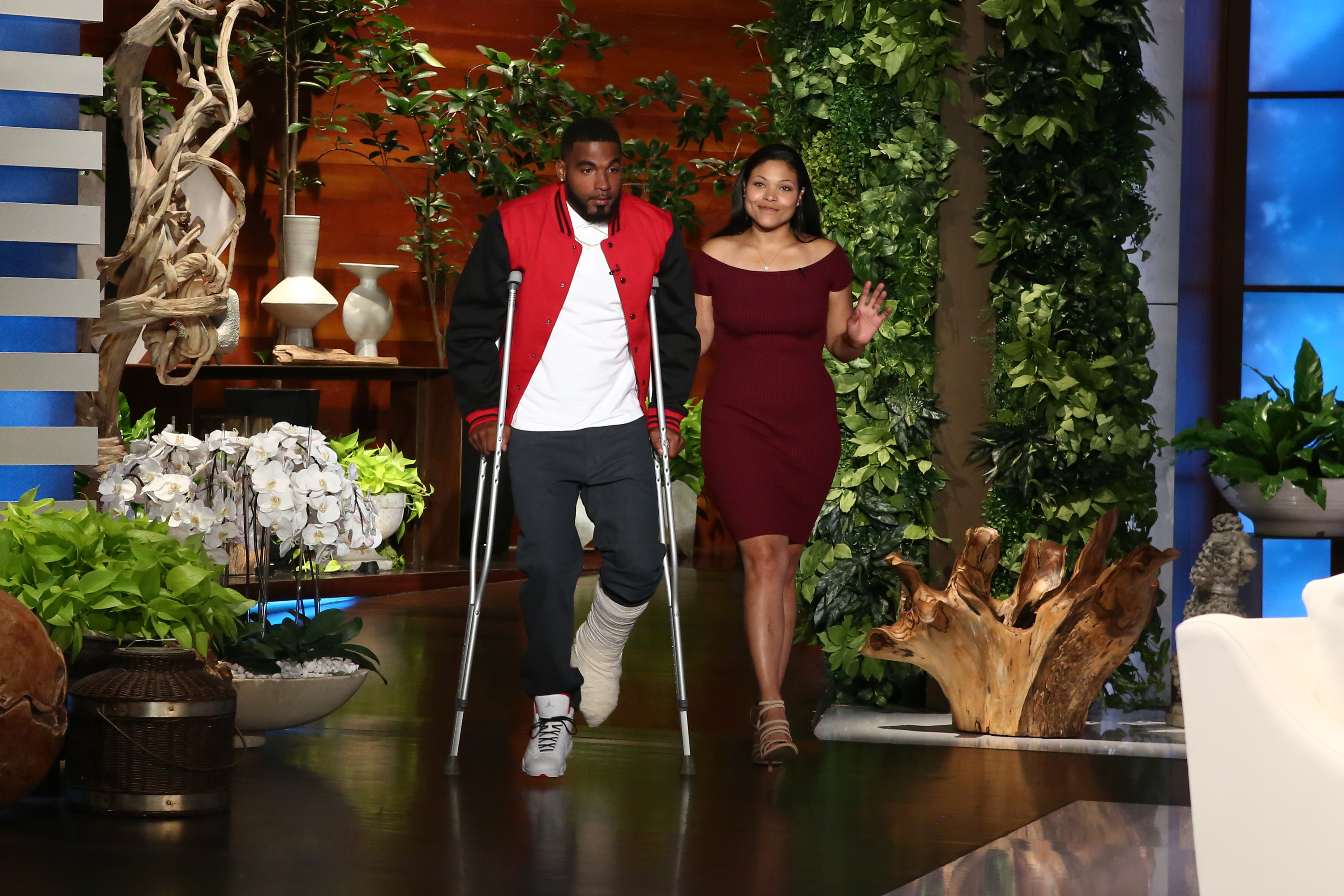 Mark Wahlberg and Will Ferrell

Will shares that he discovered Mark never sweats and they joke it’s because Mark works out while Will eats beef jerky. Mark and Will also talk about how they recently found out their eldest children are “in communication.”

Mark comes to the conclusion that if his daughter Ella’s going to date he would prefer she be with someone like Will’s son, Magnus. Plus, they both reveal their kids’ mischievous purchases on Amazon.

Interview and performance by pop-rock superstar P!NK fresh off receiving the prestigious Michael Jackson Vanguard Award at the MTV Video Music Awards (She will perform her new single, “What About Us," from her upcoming CD, “Beautiful Trauma”)

First stop exclusive appearance by international superstar Miley Cyrus before the release of her highly anticipated new album (She will perform “Younger Now,” the title track off her upcoming album)

Ellen chats with Houston Texans defensive end J.J. Watt via live shot from Houston. J.J. started a fundraising campaign to help the victims of Hurricane Harvey which has currently raised over $7.5 million.

Ellen welcomes Heather Heyer's mother, Susan Bro.  Heyer who was tragically killed when a car plowed into a crowd of counter-protesters gathered to oppose a “Unite the Right” rally.

Performance by Ryan Adams (He will perform “To Be Without You,” from his CD, “Prisoner”)

Ellen welcomes Dean Otto, Will Huffman, and Matt McGirt from Charlotte, NC. Last September, Dean was on an early-morning bike ride when he was hit by a truck driven by Will.

Dean was paralyzed from the waist down and underwent spinal reconstruction surgery.

Dean's surgeon, Matt, told him he had less than a 2% chance of ever walking again, but against all odds, not only is Dean able to walk, but he’s signed up to run a half marathon on Sept. 24th – the one year anniversary of his accident.

He will be running with Will and Matt, who he now considers close friends.

In this photo released by Warner Bros., a taping of "The Ellen DeGeneres Show" is seen at the Warner Bros. lot in Burbank, Calif. (Photo by Michael Rozman/Warner Bros.)