Tar doused on Confederate statue on Monument Avenue in Richmond 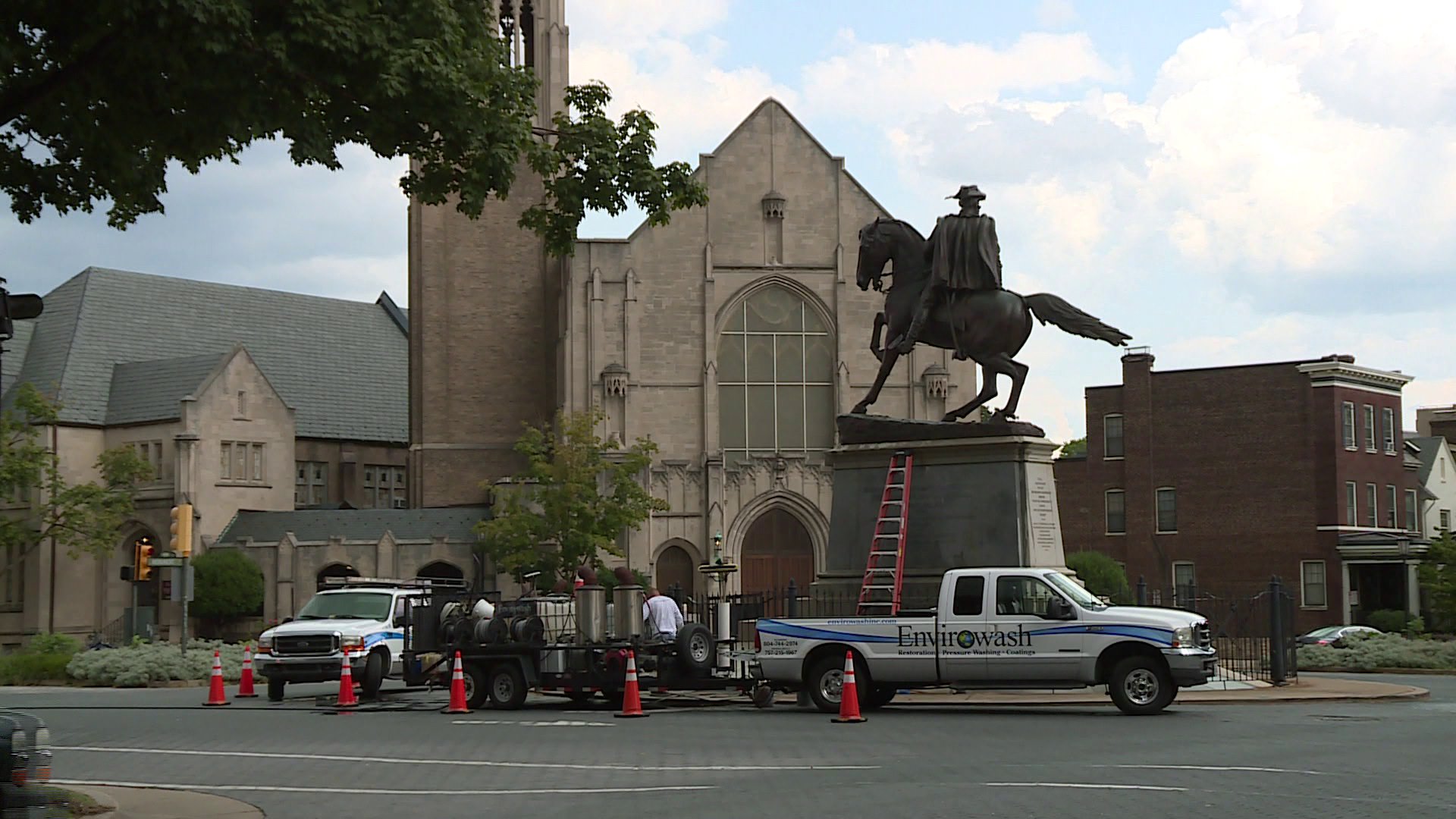 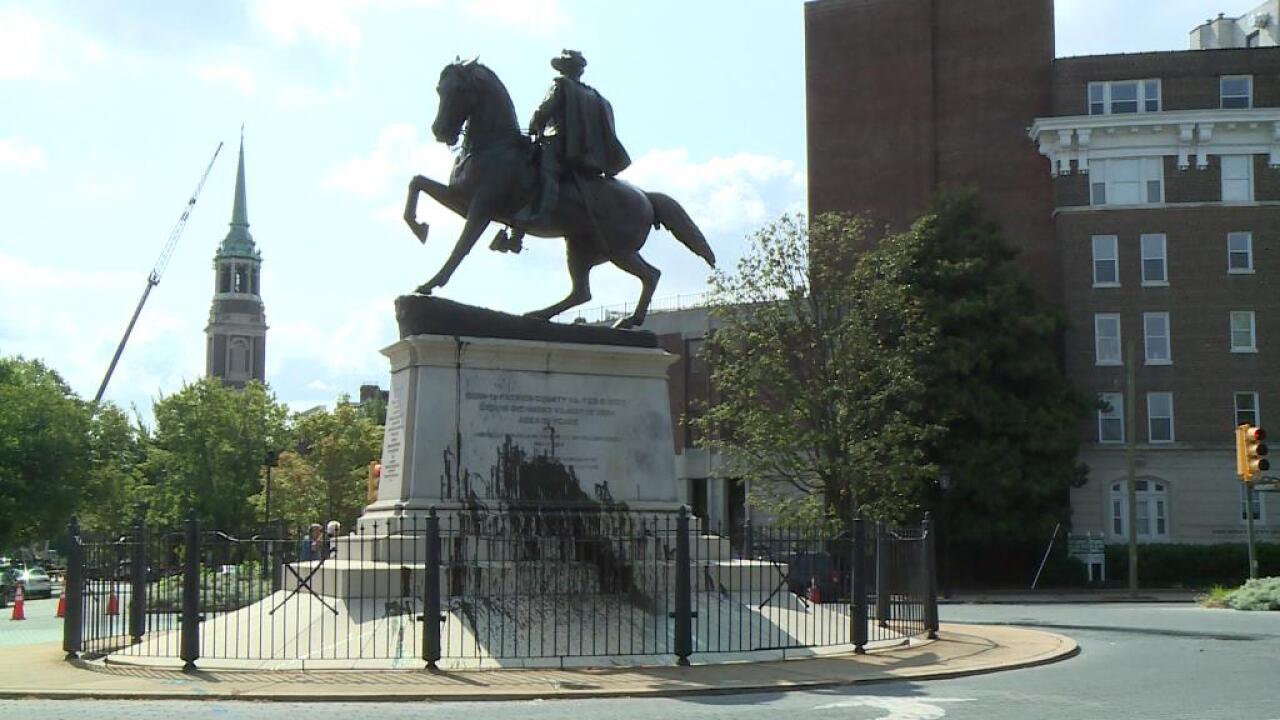 RICHMOND, Va. -- A large clear tarp now protects the base of one of the Confederate statues on Richmond's iconic Monument Avenue that was vandalized at some point early Saturday morning.

"There are a lot of inflamed passions right now and people are not necessarily thinking straight, which is not a good thing,” Barry Isenhour with the Virginia Flaggers said.

The damage was discovered by a member of the Virginia Flaggers group just before 7 a.m.

"Our folks contacted Richmond Police who immediately arrived on the scene and let us know that cleaning crews were on the way," Isenhour wrote in a statement. "What we thought might be engine oil of some sort, turned out to be pine tar, which made the removal a bit more challenging."

The front of the tribute as well as the base and fence surrounding the Civil War were splattered with the tar, which could be seen splattered on the crosswalk near the monument.

The city hired an outside contractor, Envirowash, to clean up the mess.

According to Isenhour, the substance was nearly completely removed as of 3 p.m. And no traces of the substance could be seen at 6 p.m. 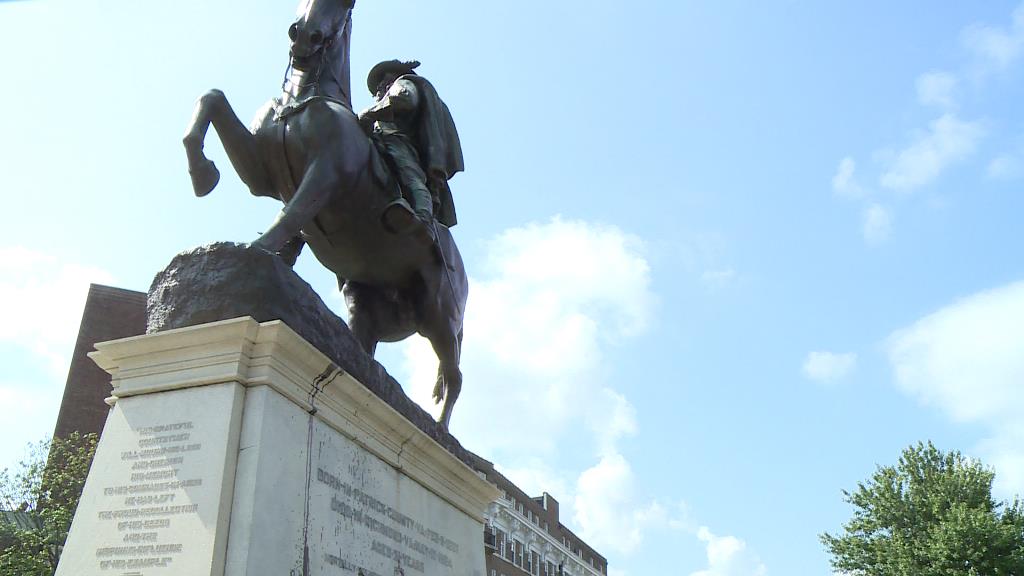 Isenhour praised officers and city workers for "their prompt attention to the desecration of the memorial."

"We commend Mayor Stoney for his statement that Richmond would not tolerate violence and destruction, and hope that the perpetrators of this crime are quickly apprehended and prosecuted to the fullest extent of the law," Isenhour said.

The pain of the graffiti still lingers for the Virginia Flaggers.

"It has nothing to do with hate," Isenhour said. "It has absolutely to do with our heritage and just honoring American veterans."

While the vice president of the Richmond chapter of the NAACP condemned the behavior, she supports the organization's position to remove the Confederate statues and put them a private setting.

"I think it creates a lot of racism and other problems,” Alice Tart said.

However, the group condemned any type of violent behavior.

"We are very disappointed in the actions taken and we have no intention of being involved with this disruptive behavior,” Tart said. "They should let things take place in a peaceful manner and think thoroughly about what's going on, and not feel hatred in their hearts because this is so sad... And this is not the message that we need to send to our young people."

The incident comes nearly two weeks after scores of protesters screaming "take down the monuments" marched down Broad Street and surrounded the Stuart statue.

Tear the racist statues down," the group yelled as one person attempted to climb the Stuart monument before nearly taking a spill and slipping down the statue.

The man, who was shirtless and wearing a mask, was successful on his second attempt. The crowd cheered as he walked back and forth before successfully planting a flag on J.E.B. Stuart's horse.

The flag was later removed by city crews.

Richmond police plan to increase patrols in the area as do members of the Virginia Flaggers group.