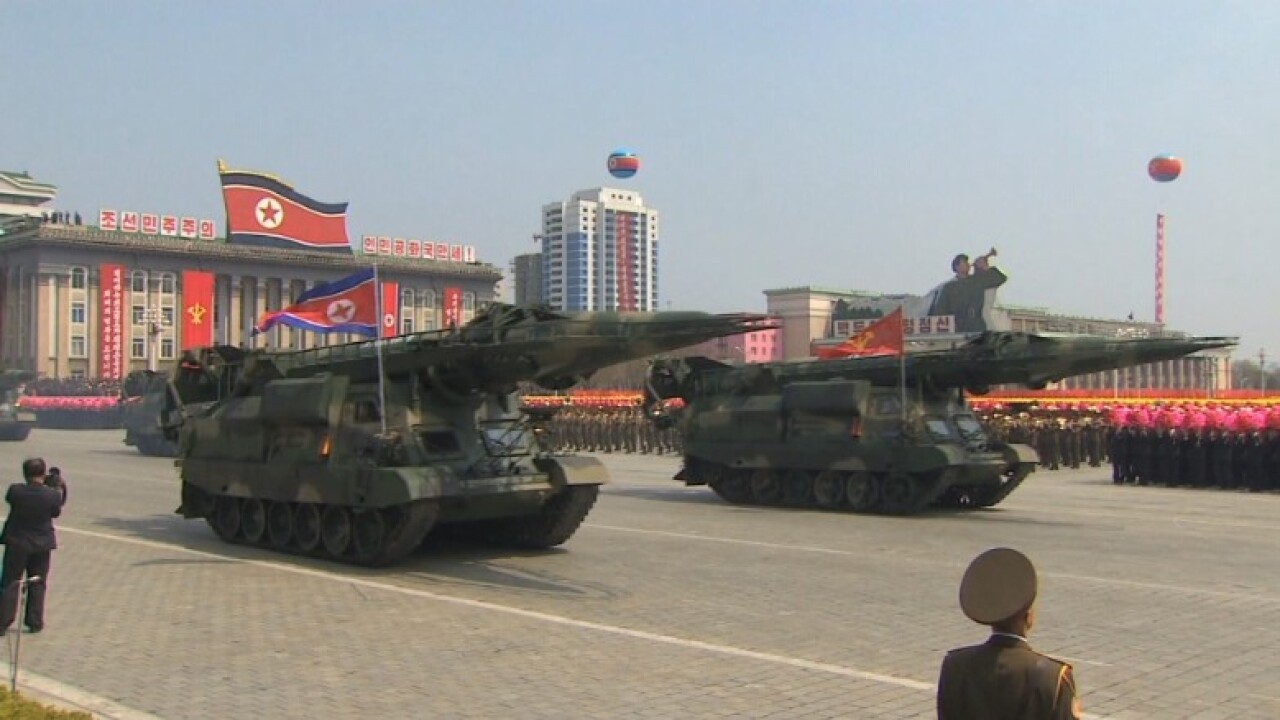 Though North Korea says it now has the ability to send missiles to the US mainland, US defense officials said they determined these missiles did not pose a threat to North America or Guam.

Cmdr. David Benham, spokesman for US Pacific Command, said the first and third missiles “failed in flight” and the second missile launch “appears to have blown up almost immediately.”

“We are working with our Interagency partners on a more detailed assessment and we will provide a public update if warranted,” he said.

South Korea and the United States call the exercises defensive in nature, but North Korea sees them as provocative and hostile, perhaps even preparation for an invasion.

“The Korean People’s Army is keeping a high alert, fully ready to contain the enemies. It will take resolute steps the moment even a slight sign of the preventive war is spotted,” North Korean state-run newspaper Rodong Sinmun said.

A statement issued by the South Korean Joint Chiefs of Staff said “the projectiles” were launched around 6:49 a.m. Saturday and flew about 250 kilometers (155 miles) into the Sea of Japan, or East Sea.

South Korea planned to convene its national security council several hours after the missile launches, the presidential office said in a statement.

North Korea has conducted a series of ballistic missile tests this year, increasing tensions with the United States, South Korea and Japan.

The country has fired more than 20 missiles since February, further perfecting its technology with each launch. In July, it launched an intercontinental ballistic missile, which North Korea claims could reach “anywhere in the world.”