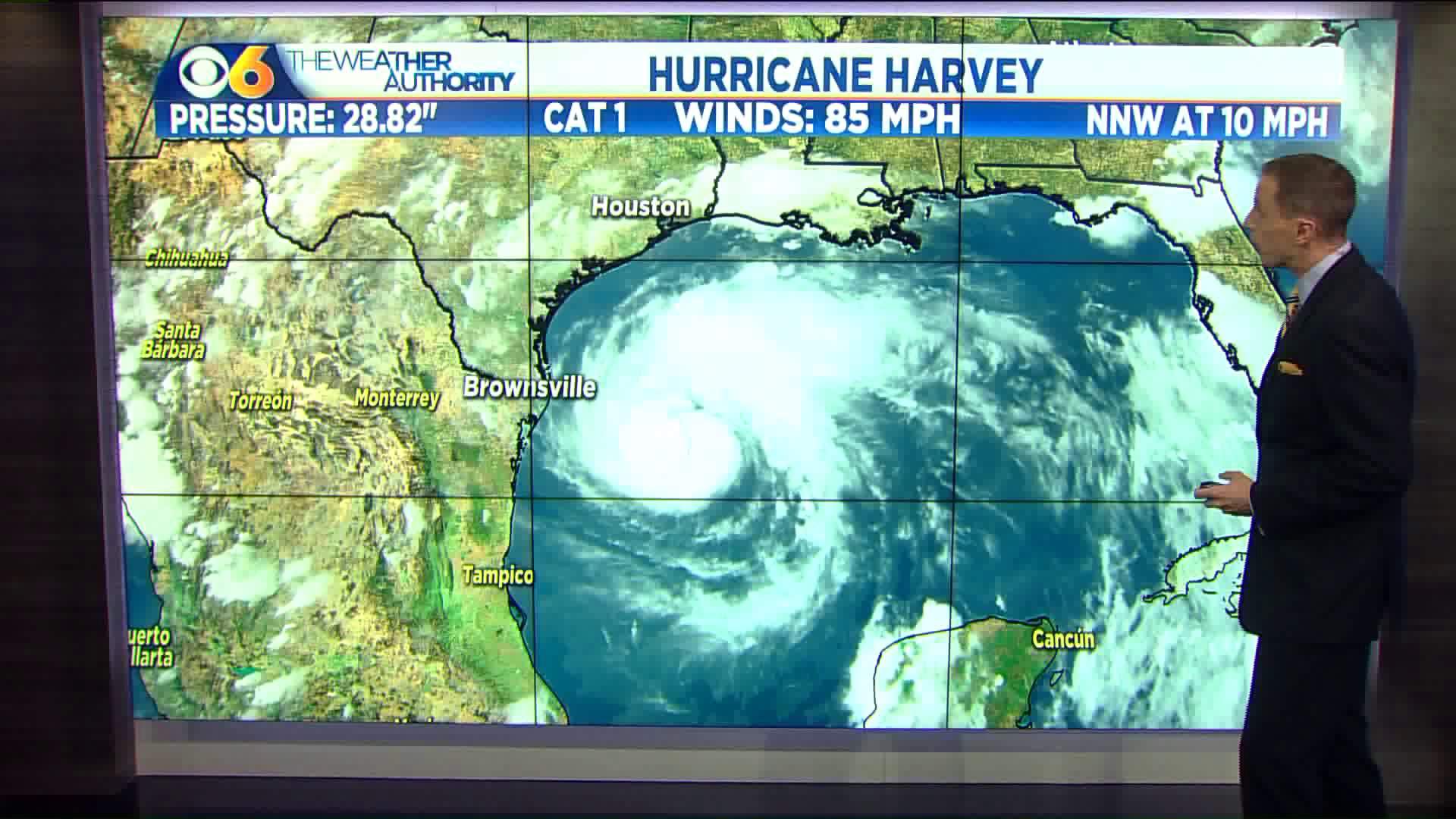 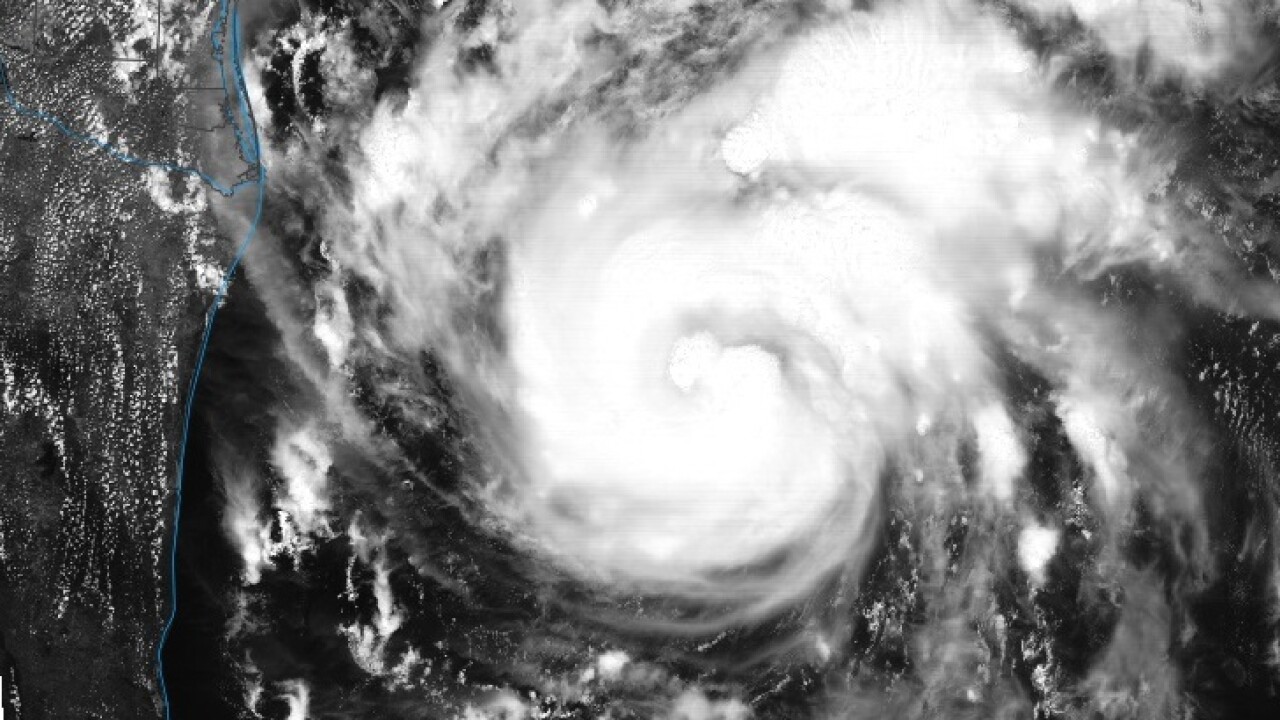 RICHMOND, Va. -- Harvey became a hurricane at 2 p.m. EDT Thursday with winds of 80 mph.  New data was obtained from a hurricane hunter aircraft.  The center was located a little over 300 miles from the Texas coast.

Harvey began as a tropical wave off the coast of Africa almost two weeks ago.  It did become a tropical storm as it moved towards the Caribbean, but encountered unfavorable conditions and weakened.

Now that Harvey is in the southern Gulf, it is now moving across an area where the water temperatures are near 90°.  The warm water and more favorable atmospheric conditions have allowed Harvey to rapidly strengthen.

Harvey is expected to increase in strength to possibly a category three hurricane with winds well over 100 mph before it makes landfall along the Texas coast.

Forward speed will decrease, and the slow movement will prolong the impending damage.  Storm surge will exceed 10 feet near the point of landfall.

Once Harvey makes landfall, there is no major feature in the atmosphere to move it anywhere through early  next week.  It is expected to meander across southeastern Texas, and this will mean many consecutive days of torrential rainfall.  Rainfall totals over 30" are possible by the middle of next week in some parts of eastern and southeastern Texas.

The last hurricane to make landfall in Texas was Hurricane Ike on September 13, 2008.  It moved onshore near Galveston and had winds of 110 mph, making it a category two hurricane.

The forecast path and strength of Harvey may change over the next few days.  Additional information can be found in the CBS 6 Hurricane Tracker.