Friend of flight instructor killed: ‘Don’t think it can’t happen to you’

RICHMOND, Va. -- The friend of the flight instructor killed when a small plane crashed into a field and then struck a fence in New Kent County Friday is at a loss about the crash.

"He loved aviation about as much as he loved his family,” Kallenbach said.

Virginia State Police said the plane went down in a field off Route 665, near Crosses Grove Road, in the Quinton area of the county at 11:05 a.m.

"It’s surreal because I went to the crash site," Kallenbach said. "I saw the plane and the debris and that’s when it kind of sunk in."

"I don’t know how or why, but that piece of wood went through the metal fire wall into the cockpit and entered Andrew’s chest,” Kallenbach said.

Jones was rushed to VCU Medical Center with life-threatening injuries where he later died.

The student pilot on board walked away with minor injuries.

He worked alongside Jones when the New Kent Flight School was created in July of 2016.

"Andrew and I, we called ourselves the 'A' team," Kallenbach said. "That was our because we flew so much together and you bond with a person when you're in the cockpit."

For Kallenbach, the tragedy is a lesson to help future pilots fuel their love of flight.

"I’m going to re-emphasize engine out procedures," he said. "Always have a place to land, know what you’re going to do and always be prepared. Don’t think it can’t happen to you, because it can happen to you." 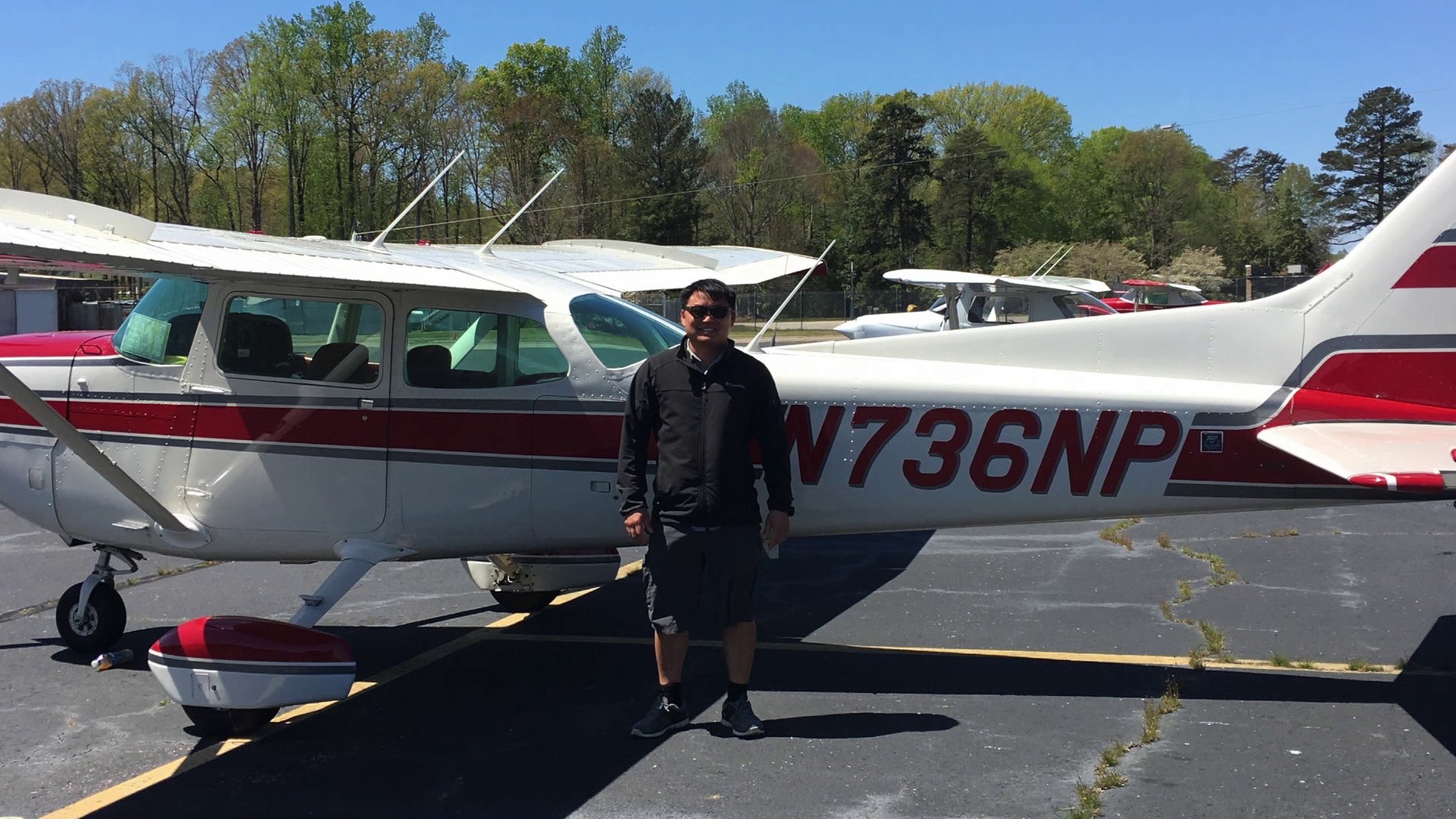 Ed Augustine, the owner of Paramount Builders, said Jones worked for his company for four years.

"Andrew did all of the maintenance and all of the flying and handled all of our company's transportation needs," Augustine said.

The businessman remembered the 38-year-old as a very careful and conscientious pilot.

"I flew with him a hundred times. My friends and family were amazed at how careful he was."

Augustine praised Jones' work ethic and  may have been his best employee.

"I tried to offer him other positions in the company after we sold the plane, but flying was in his blood," Augustine said.

As a result, Augustine said Jones left the company when he and Kallenbach opened the flight school in New Kent County in July of 2016.

The Tidewater Review profiled Jones last year after he launched the New Kent Flight Center at the New Kent County Airport on July 11, 2016.

The newspaper reported that Jones also worked as a cargo pilot for ACF Environmental.

A memorial service will be held for family and friends Saturday at 2 p.m. at Bliley Funeral Homes at 8510 Staples Mill Road in Henrico County.

A memorial fund has been established by the family to support Jones' wife and two children.

In addition, a memorial Facebook page has been created so the flight instructor's students and friends can easily share their tributes and memories with the family.

Adam Jones said his brother, who opened the New Kent Flight Center in 2016, touched many lives and will be deeply missed.

"I want to ensure my dearest brother Andrew M Jones completed his final mission on earth and now is in heaven. He paid the ultimate sacrifice by landing his aircraft and so his passenger can walk away," Jones said.