“Last year’s event was amazing,” said organizer and local tattoo artist Amy Black. “I didn’t know how many people were going to come out.”

She pointed out that 2016 was an exhausting year politically, for many people.

“People came up to me and said it was a nice break,” Black said. “They are here to create peace and I think that is what people are yearning for now.”

The Tibetan Monks of the Drepung Loseling Monastery return to the River City for a five-day event that begins August 16.  They will create a colorful sand mandala in the two-story, open Choral Synagogue Auditorium at the Holocaust Museum, where there is balcony seating available for great viewing.

“The acoustics are great and the staff is wonderful,” Black added.

The sand mandalas are a spiritual battery; in Buddhist scripture, they are made with positive intentions and compassion and transmit positive energies to the environment and people who view them.

“I think in today’s hectic environment everyone will enjoy the peaceful, creative and spiritual atmosphere the monks bring,” Black said. “The rare opportunity to meditate with these experienced people will be a treat.”

Black has studied Buddhism since she was a teenager but said she became serious about it a few years ago when her friend Jessica Pimentel, an actress on “Orange Is the New Black,” encouraged her to look more deeply into Tibetan Buddhism philosophy and application of meditation.

Last June, Black was lucky enough to have a rare, unscheduled and brief meeting with the Dalai Lama. She was already in talks to host the monks here, and called the series of events “auspicious.”

“I think I am still pinching myself on that one,” she said of meeting His Holiness. “I have immense respect for the Dalai Lama, he is working so hard to spread a message of peace, unity, and compassion.”

Black hopes that many people return this year. 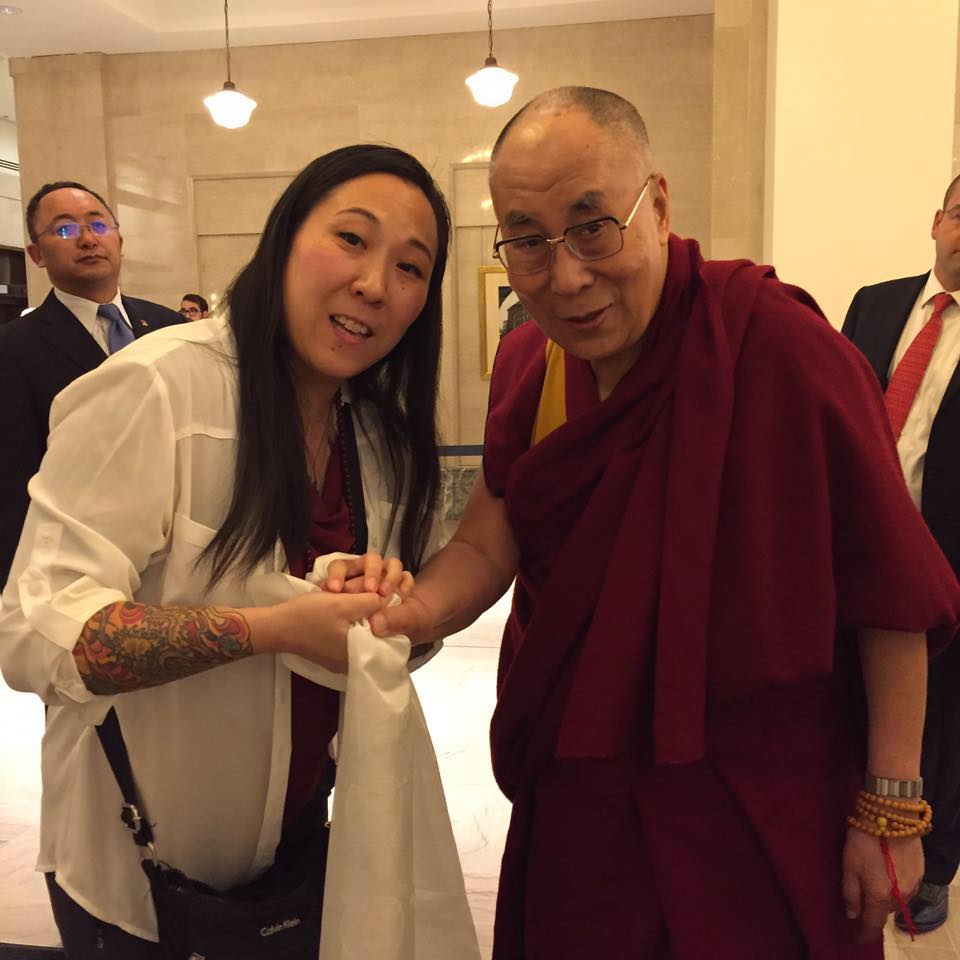 “I mostly hope it brings happiness to the city and opens it up to the wonder and education of this culture, and ways to peace of mind,” she said. “I think we all would like to know how to maintain something like that.”

As is custom, the mandala is dismantled and people can receive small packets of the sand. The remaining sand is released into a local waterway to let the prayers and good intentions spread out to everyone in the world, Black said – emphasizing it is environmentally-safe sand, less than a pound total.

Black is still accepting sponsorships for the monks. She said sponsorships start as low as $50. Sacred Waters Spa & Boutique has signed on as a $1,000 sponsor. People interested in sponsorships can email Amy Black.

Volunteers are also needed to help with the event. Again, volunteers can email Amy Black, and follow the Facebook event page.

Schedule of events for the Mystic Arts of Tibet Tour:

August 16: Opening ceremony at noon. Chanting and laying out the mandala. Ceation of the mandala will happen until 6 p.m., with public mediation and chanting at 6 p.m.

August 20: 10 a.m.to noon, viewing the mandala. Closing ceremony begins at 1 p.m. There will be chanting and dissolution of the entire mandala. Small packets of the sand will be handed out to the audience (it is not guaranteed all attendees will get sand, but they we will do their best).

The museum is located at 2000 E. Cary Street. There will be Buddhist items for sale and a public sand mandala for community participation.