‘Cowardly parade of hatred’ on University of Virginia grounds 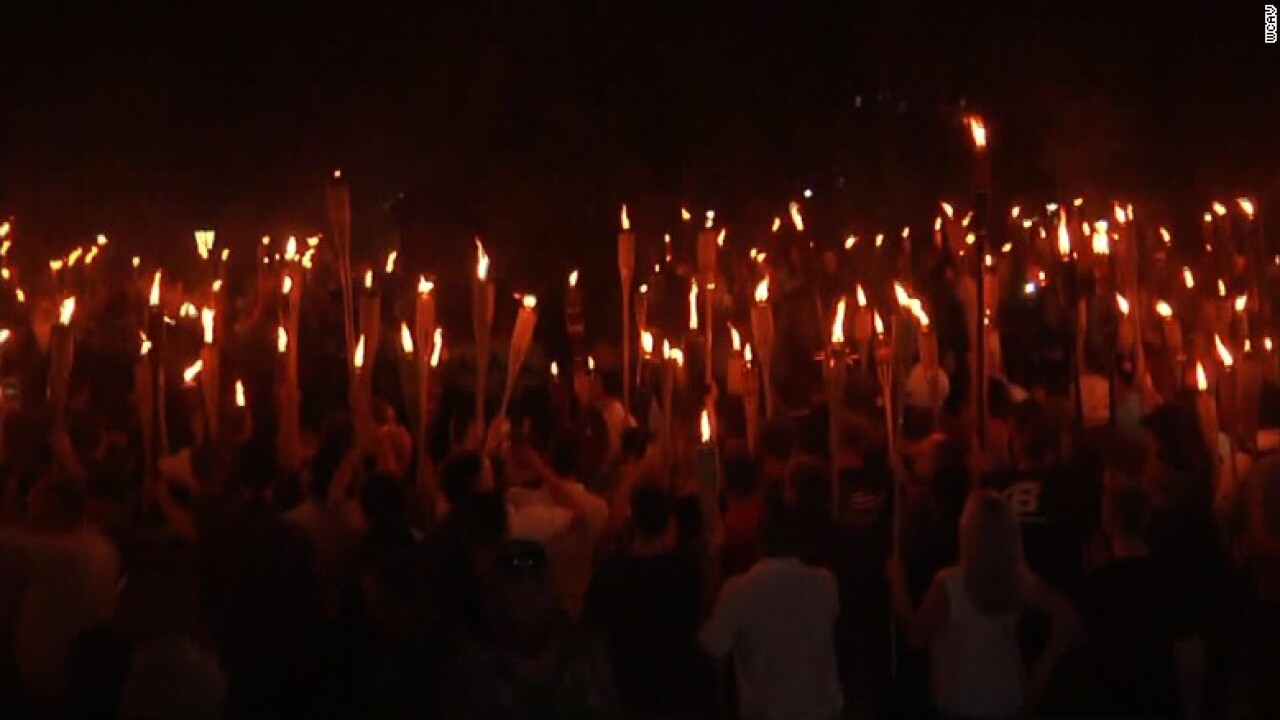 Chanting “blood and soil” and “one people, one nation, end immigration,” the group rallied around a statue of Thomas Jefferson before they clashed with counterprotesters.

The march came hours before a Saturday rally that police anticipate will attract as many as 2,000 to 6,000 people, in an event that could be the “largest hate-gathering of it’s kind in decades in the United States,” as described by the Southern Poverty Law Center.

Before the group left the university’s grounds when police arrived and ruled it unlawful assembly, outraged city and UVA officials condemned Friday’s gathering.

“In my 47 years of association with @UVA, this was the most nauseating thing I’ve ever seen. We need an exorcism on the Lawn,” Larry Sabato, director of the University of Virginia Center for Politics tweeted.

In my 47 years of association with @UVA, this was the most nauseating thing I've ever seen. We need an exorcism on the Lawn.

Charlottesville Mayor Mike Signer released a statement referring to Friday’s rally as a “cowardly parade of hatred, bigotry, racism, and intolerance march down the lawns of the architect of our Bill of Rights.”

“Everyone has a right under the First Amendment to express their opinion peaceably, so here’s mine: not only as the Mayor of Charlottesville, but as a UVA faculty member and alumnus, I am beyond disgusted by this unsanctioned and despicable display of visual intimidation on a college campus,” he added.

University of Virginia President Teresa A. Sullivan said law enforcement is investigating the “intolerable” violence displayed on the campus.

“I strongly condemn the unprovoked assault on members of our community, including University personnel who were attempting to maintain order,” she said in a statement. “Law enforcement continues to investigate the incident, and it is my hope that any individuals responsible for criminal acts are held accountable.”

Earlier this week, city officials had tried to “modify” the rally’s permit to move the demonstration more than a mile away to McIntire Park, citing safety concerns associated with the number of people expected to attend the rally and counter protests.

“While the City is disappointed by tonight’s ruling we will abide by the judge’s decision,” the city said in a statement late Friday. “The goal in moving the Unite the Right Rally from Emancipation Park to a larger, more accommodating space like McIntire Park had nothing to do with the content of the demonstrators’ speech.