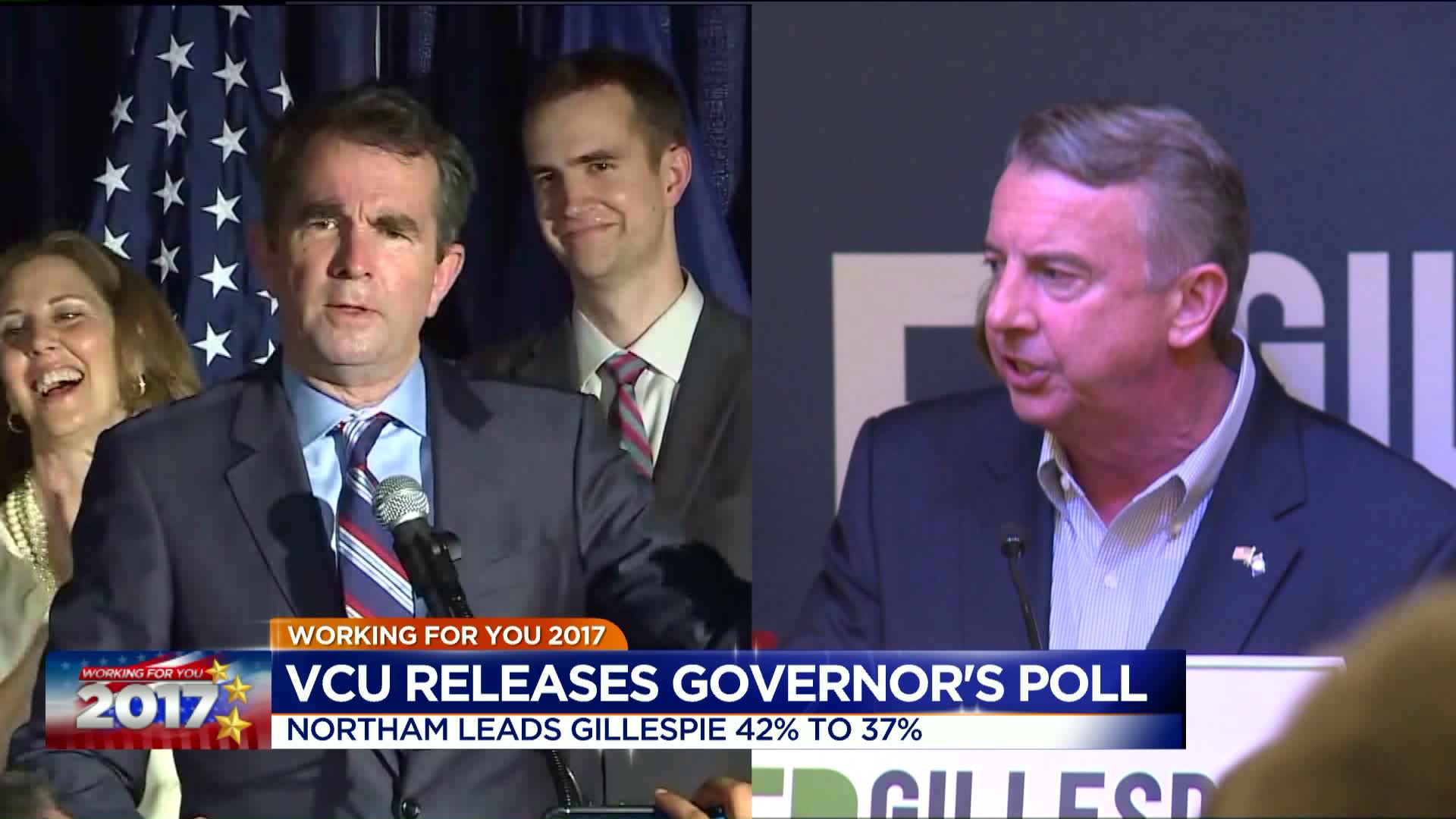 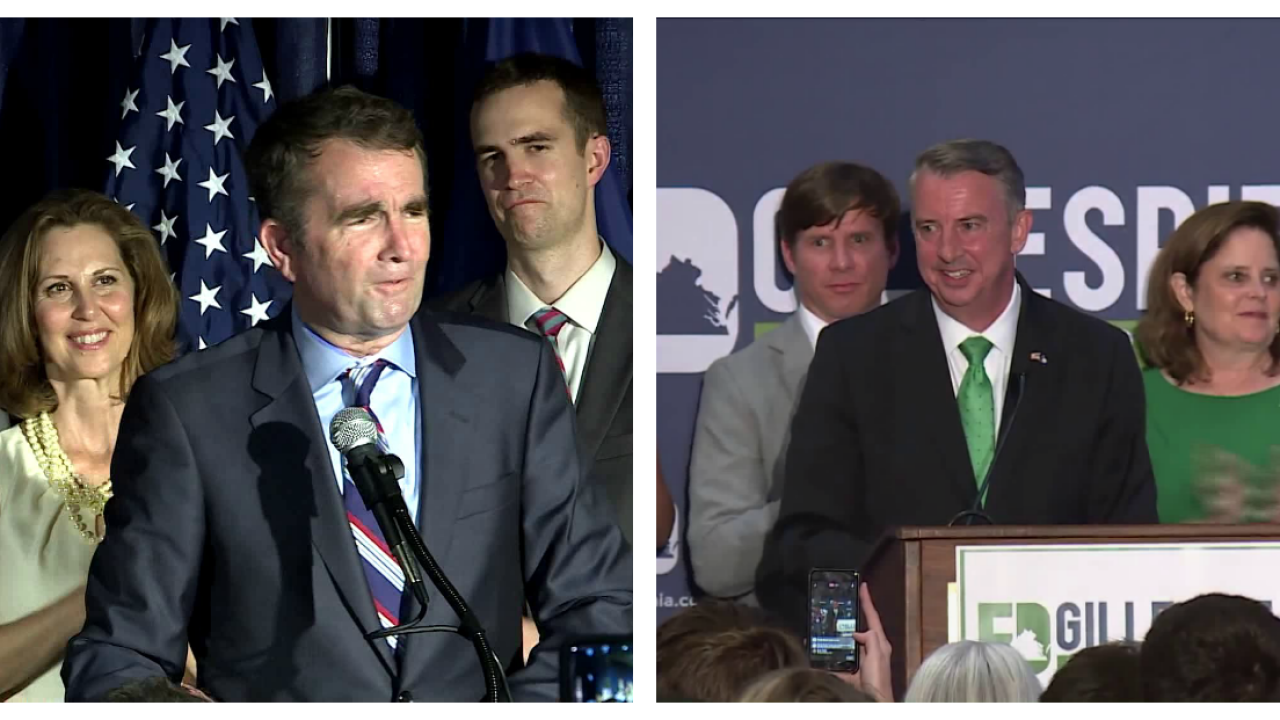 RICHMOND, Va. -- The race for Governor of Virginia is close, with Democrat Ralph Northam holding a five-point lead over Republican Ed Gillespie among likely voters, according to a poll released today by the L. Douglas Wilder School of Government and Public Affairs at Virginia Commonwealth University.

The poll has an overall margin of error of 4.2 percent.

Six percent of those Virginians polled said they would vote for Libertarian candidate Cliff Hyra.

Thirteen percent of those polled said they were undecided in the 2017 governor’s race.

The majority of white voters polled supported Gillespie over Northam (42 percent vs. 29 percent).

Polling found Northam had leads over Gillespie among minority voters (61 percent vs. 15 percent) and women (44 percent vs. 30 percent).

The 2017 Summer Public Policy Poll, sponsored by the Office of Public Policy at VCU’s L. Douglas Wilder School of Government and Public Affairs, obtained telephone interviews with a representative sample of 806 adults, age 18 or older, living in Virginia. Telephone interviews were conducted by landline (396) and cell phone (410, including 235 without a landline phone).

A combination of landline and cellular random digit dial (RDD) samples was used to represent all adults in Virginia who have access to either a landline or cellular telephone. Both samples were provided by Survey Sampling International, LLC (SSI) according to PSRAI specifications. Numbers for the landline sample were drawn with probabilities in proportion to their share of listed telephone households from active blocks (area code + exchange + two-digit block number) that contained three or more residential directory listings. The cellular sample was not list-assisted, but was drawn through a systematic sampling from dedicated wireless 100-blocks and shared service 100-blocks with no directory-listed landline numbers.

The data are weighted to adjust for unequal probabilities of selection due to multiple adults living in landline households and for frame size of the landline and cell phone sampling frames. In addition, the data are weighted on sex, age, education, race, Hispanic origin, region of residence and population density to reflect the demographic composition of the adult population in Virginia. Percentages reported in the text and tables are weighted, while the number of cases shown in the tables for various subgroups is the actual number of respondents.

Questions answered by the full sample of adults are subject to a sampling error of plus or minus 4.2 percentage points at the 95 percent level of confidence. This means that in 95 out of 100 samples like the one used here, the results obtained should be no more than 4.2 percentage points above or below the figure that would be obtained by interviewing all Virginian residents with telephones. Where the answers of subgroups are reported, the sampling error would be higher.

Because of non-response (refusals to participate, etc.), standard calculations of sampling error are apt to understate the actual extent to which survey results are at variance with the true population values. Surveys are also subject to errors from sources other than sampling. While every effort is made to identify such errors, they are often difficult or impossible to measure. Readers making use of the results are urged to be mindful of the limitations inherent in survey research.