VDOT: Crews working to remove debris along I-195 in Richmond

RICHMOND, Va. — If you are driving along Interstate 195 in Richmond, you may see an increase of crews removing debris and inspecting drainage facilities.

CBS 6 contacted VDOT after we noticed some blocked drains and along I-195 northbound, heading toward the I-64 west exit.

This is also the same stretch of interstate that CBS 6 viewers complained about, saying the stretch is treacherous when the roads are damp.

CBS 6 brought those concerns to VDOT, who said crews were out in the field Friday afternoon removing debris and inspecting drainage facilities, ahead of forecasted rain and storms. 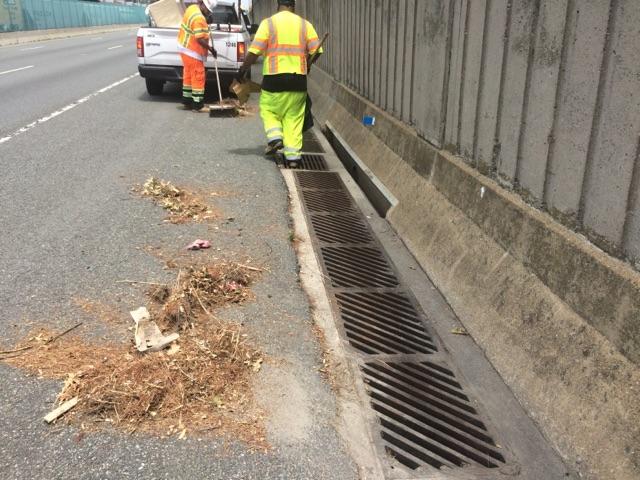 She said most areas of the interstate are visually inspected at least once a week. She added that forecasted storms or reports into their Customer Service Center can prompt additional inspections.

LeGrand said debris from affected areas are removed at least once a week, usually when inspections are conducted.

So why are some stretches of I-195 always dirtier than others?

Outside of and above the regular cleaning, LeGrand says full sweeps are also done several times a year.

If you would like to report any debris or high water you can call (800) 367-7623 (FOR-ROAD) or go online is available 24/7 to respond to questions and deploy crews for storm cleanup.