Sessions plans to crack down on leaks 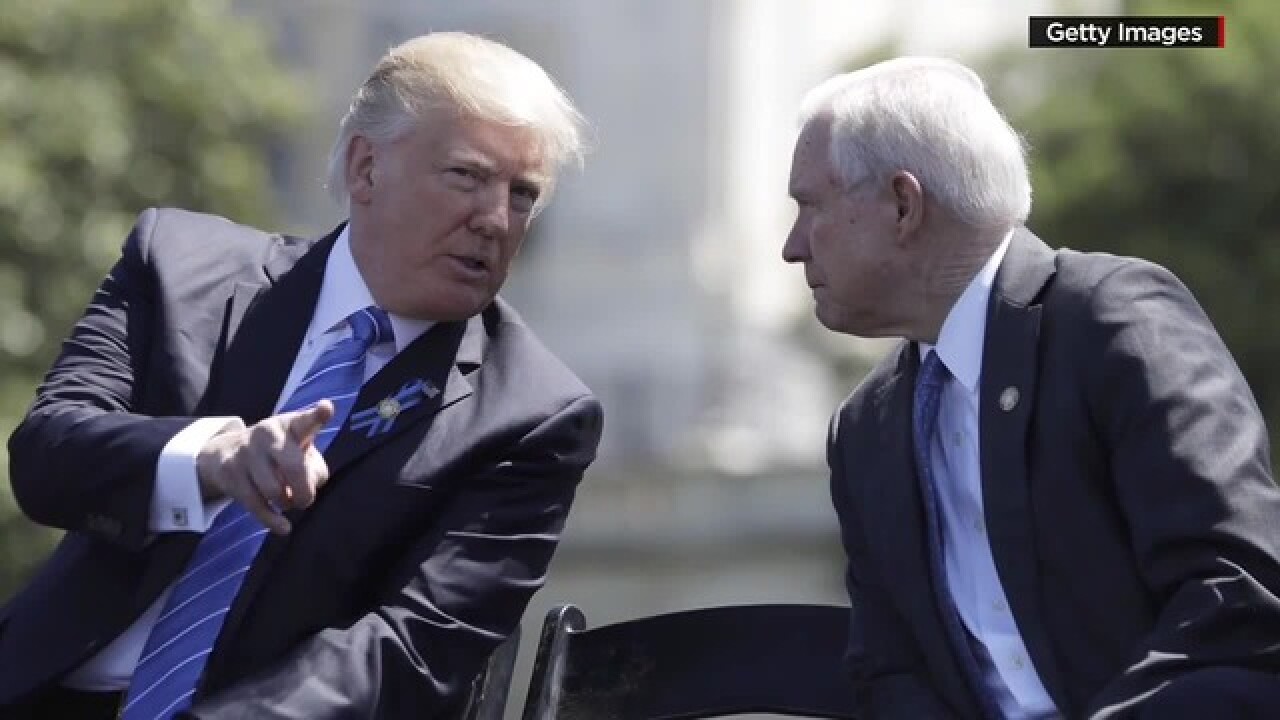 Attorney General Jeff Sessions will soon make an announcement regarding stepped-up efforts on leak investigations, according to an official familiar with the plans.

CNN has learned that the announcement has been in the works for some time and will now most likely happen in the next week.

The impending announcement from the Justice Department on leaks, first reported by The Washington Post, deepens the intrigue surrounding a possible detente between Trump and Sessions.

Hours after attacking Sessions for failing to investigate former 2016 Democratic nominee Hillary Clinton, the President appeared to make a second demand of his attorney general Tuesday, calling on him to crack down on “leaks” from various intelligence agencies.

Anthony Scaramucci, President Donald Trump’s new communications director, further telegraphed the announcement on CNN Wednesday morning when asked if Sessions was putting together a plan to investigate leakers in the White House.

“I wouldn’t say just the White House,” Scaramucci said. “He’s putting a plan together for the interagencies and I want to work very closely with him as the director of communications and I want to work with the other agencies and departments to get our message coordinated amongst ourselves and we want to uproot some of these leakers because, yes, I’m not naïve, I know that we’re never going to end all the leaking, I didn’t suggest that, but I want to put a culture in place where people trust each other.”

Sessions, for his part, has vowed to close in on intelligences leaks for months.

Following a diplomatic dust-up over leaks to the media during the UK’s investigation into the Manchester terrorist attack in May, Sessions said that “these leaks cannot be tolerated” and pledged to “make every effort to put an end to it.”

“We have already initiated appropriate steps to address these rampant leaks that undermine our national security,” Sessions said in a statement at the time.

And thus far, at least one former government contractor has been charged with leaking classified information to a news outlet since Trump took office.

Meanwhile, despite the President’s repeated public dressing-down of his attorney general, sources tell CNN Sessions has no plans to resign.

Over the weekend, after the President’s interview with The New York Times, White House chief of staff Reince Priebus and Sessions’ chief of staff Jody Hunt spoke about their bosses’ standoff.

Hunt told Priebus that Sessions has no intention to resign, the source said, and Priebus did not signal that Trump plans to fire him if Sessions does not resign, according to a source familiar with the conversations.

Another source close to Sessions tells CNN the only way Sessions would resign is if it was best for the country and he doesn’t see why stepping aside now would serve that purpose. Sessions simply wants to do his job and move forward, according to this source, and if the President wants to fire him then the onus would be on him to explain why.

Such a move could potentially alienate some of the conservatives who got on board with Trump because of Sessions’ early endorsement.

“I don’t think the President realizes it’s more important for Sessions to do what he believes is right than what (Trump) believes is in his best interest,” the source said. “(Sessions) will withstand a lot of negative comments and jabs by the President if he thinks he can do a good job of upholding law and serving people of the United States.”