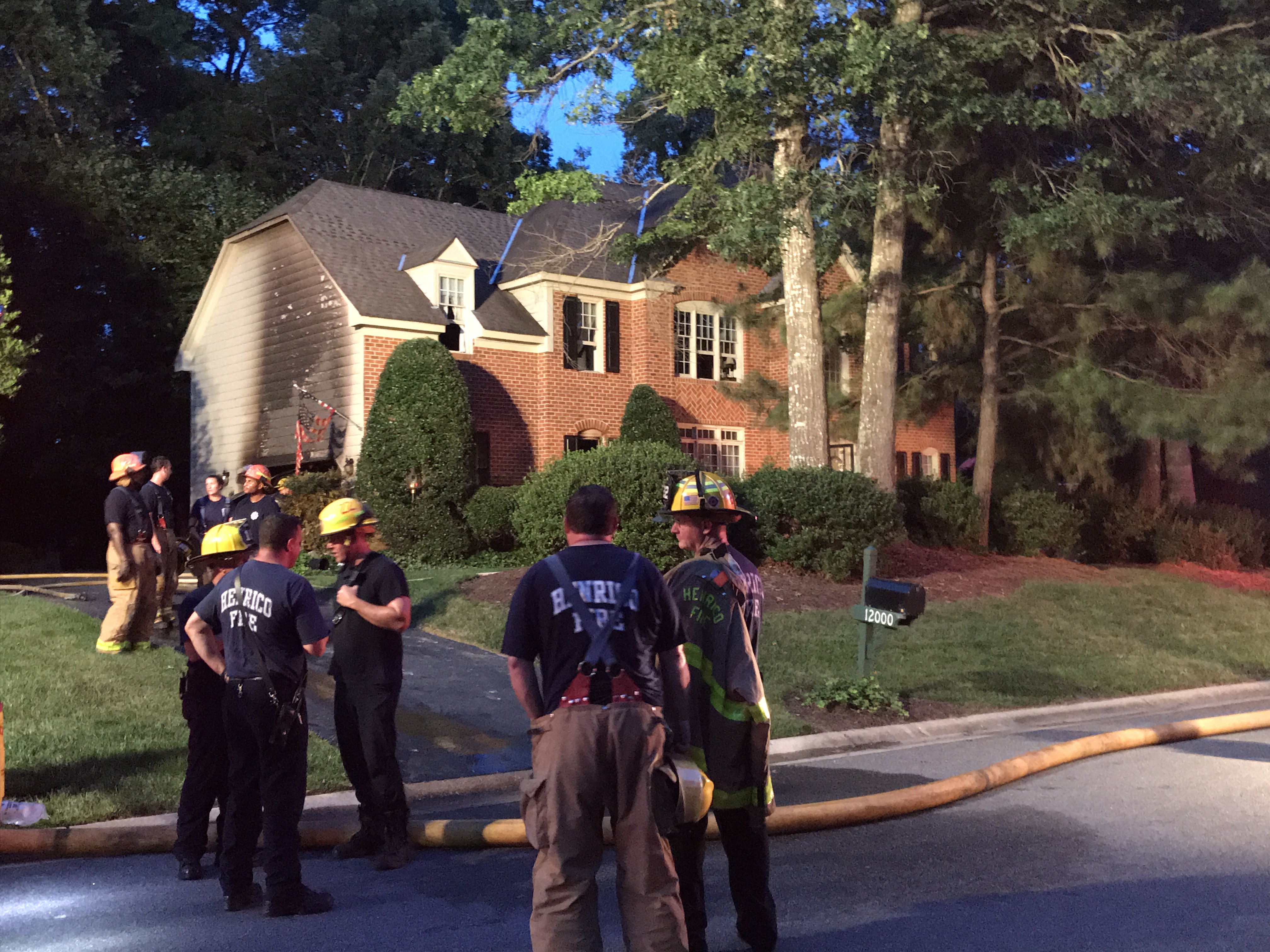 Henrico fire crews were dispatched to the 12000 block of English Ivy Lane for a house fire at 7:26 p.m.

When crews arrived, they found an attached garage with heavy smoke. Additional engines were called in to help fight the fire.

“Due to the high heat index, two additional fire engines and one additional ambulance were requested to help relieve crews,” Henrico Fire spokesman Capt. Taylor Goodman said. “Crews rotated frequently between work and rest, ensuring their safety and ability to safely respond to other calls after this one.”

The fire was marked under control in 30 minutes.

“There was significant smoke on all three floors and searches for hidden fires were conducted,” said Goodman. “The fire appears to have remained contained to the garage and one second-floor room.”

Goodman said one occupant escaped the home prior to the fire department’s arrival.

There were no injuries during the fire. The fire marshal’s office is investigating its cause.

Red Cross resources have not been requested at this time.