RICHMOND, Va. -- At least one person was killed when a car was struck by a Norfolk-bound Amtrak train in South Richmond Sunday evening.

The crash happened at 6:43 p.m. on the tracks on Broad Rock Boulevard near E. Belt Boulevard. That's not far from McGuire VA Medical Center.

Richmond police said at least one person in the car was killed when the Amtrak 157 Northeast Regional train collided with the vehicle.

There has been no word on additional injuries, but officials said "no one was taken to the hospital."

Photos from the scene show what appeared to be a portion of a car’s front-end sitting next to the tracks.

Photo from the scene of the collision.

Officials said the Amtrak train was headed to Norfolk from Richmond. Passengers remain on the train while crews work the scene.

A man whose sister is on the train said officials told her it would be at least three hours before they departed.

According to Amtrak's website, the train's arrival time was unavailable because of a "service disruption."

It can be a delay of 2-3 hours based on our estimate at the moment. Thanks for your patience.

The train involved moved down the track just before 11 p.m. Another Amtrak train, which was stuck behind the impacted train, was spotted crossing at 11:10 p.m.

Broad Rock Boulevard was closed at  E. Belt Boulevard for several hours while the RPD Crash Team was on the scene.

Additional details are expected to be released Monday. 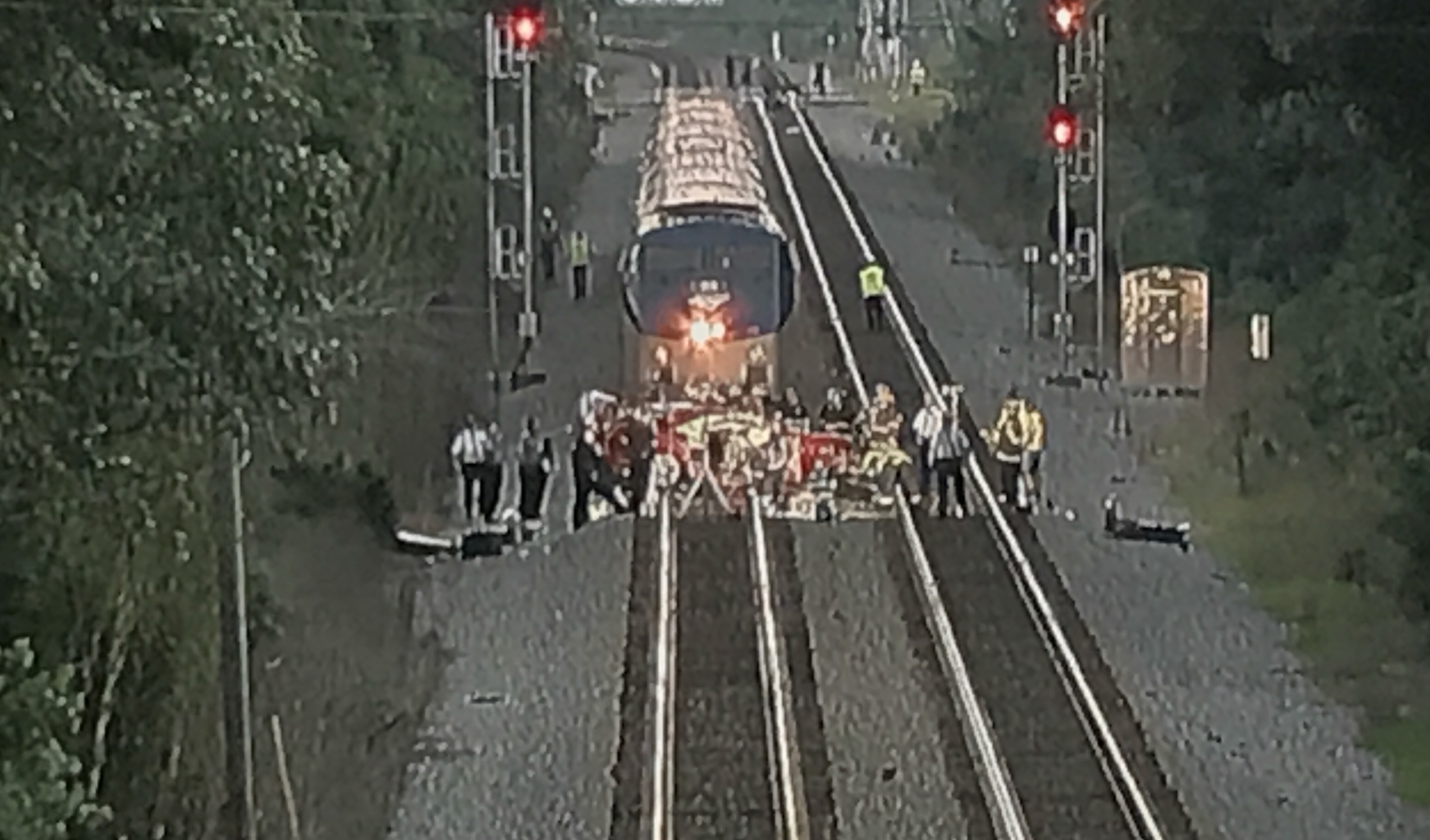