HENRICO COUNTY, Va. -- Neighbors described the moments as firefighters rushed to save a man and three children from a burning apartment in Henrico's East End.

"Right now, I'm a little shaken because it was so scary with it being right next-door," Darlene King said.

The fire was reported at 3 Friday morning at the Highland Pointe apartments, along the 1000 block of Nine Mile Road, in eastern Henrico.

A 25-year-old man and children, ages one, two, and seven, were found unresponsive and rushed to the intensive care unit at VCU Medical Center. Their conditions have not yet been released.

Neighbors reported smelling smoke inside of their own apartments and hearing smoke detectors before running outside for help.

"We tried banging on the door, but we couldn't get a response and by that time the firetrucks had pulled up," Hill said. "My neighbor told me she heard one of them crying. It took firefighters a few minutes to get in and seeing them bring those babies out was just heartbreaking." 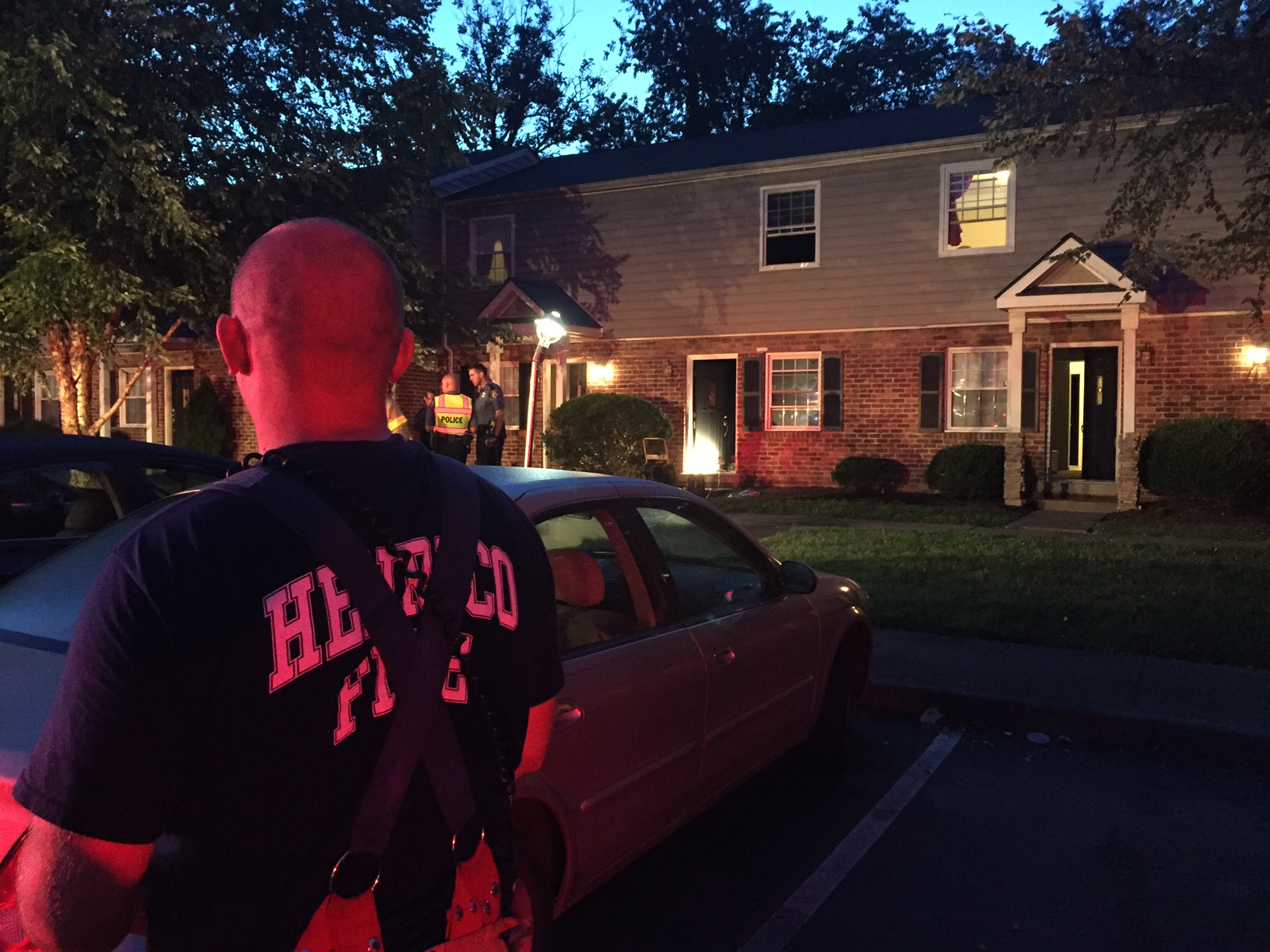 Firefighters were on scene within five minutes of the initial 911 call and busted the door to reach the young victims.

"A battalion chief arrived first and found no smoke or flames from the outside. However, when the first fire engine arrived moments later and entered the apartment, they were met with thick smoke throughout both floors, reducing their visibility to almost zero. The firefighters immediately began a search of the apartment to check for victims," Henrico Fire spokesman Capt. Taylor Goodman said.

Hill described the moment she recognized one of the toddlers.

"Seeing her on the stretcher and seeing her arm fall to the wayside just did something to me on the inside and just tore me up," Hill said tearfully. "I had to walk away. I had to walk away cause it was just hard wrenching."

Neighbors said the children's mother was at work at the time of the fire and that the children were with the mother's boyfriend.

No addition information was released about the conditions of the victims.

"The fire appears have to have originated on the first floor, but allowed smoke to fill the entire apartment. Adjoining apartments had little-to-no damage," Goodman said. "Henrico Fire reminds viewers and readers about the importance of sleeping with your doors closed. A closed bedroom door will help protect you from smoke for several valuable minutes. Smoke will render a victim unconscious well before the fire reaches a bedroom, so no matter how old or young you are, always close your bedroom door when you go to bed."