Tow truck driver nearly hit by falling debris: ‘God was with me’

COLONIAL HEIGHTS, Va. -- The tow truck driver nearly struck by debris that fell from a railroad trestle in Colonial Heights Tuesday afternoon is still coming to grips with her close call.

"I definitely know that God was with me," Christy Archileti told WTVR CBS 6 Senior Reporter Wayne Covil, who captured video of the debris raining down.

The 28-year veteran tow truck driver said she is "still shakey" after stopping to lend a helping hand to a driver whose Corvette had stalled in flood waters after nearly two inches of rain fell in about 90 minutes.

"I was just trying to help him get it out, to try to save the car," she said.

A train was passing on the bridge above The Boulevard, which is well-known to locals who have seen that section of the road flood for decades.

Officials said a portion of a catwalk, which runs beside the trestle, collapsed. That sent nail-laden boards crashing down. 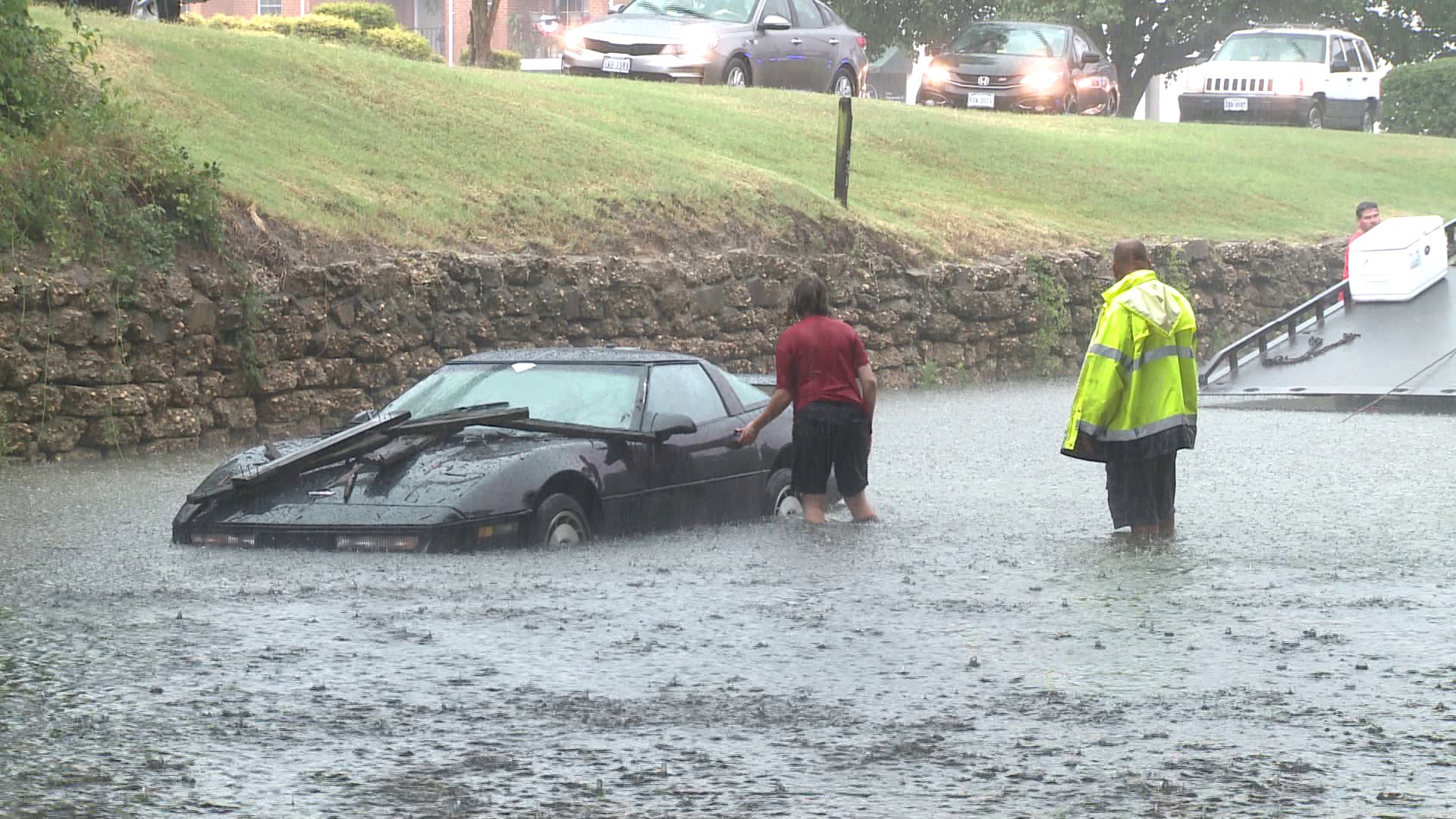 Archileti was almost sitting on the road, her head just above the water, trying to connect a chain to the axle when it happened.

"I didn't know if the train was coming down or the trestle was coming apart, I was just trying to get out of the way," she said.

While most of the debris landed on the Corvette's hood and windshield, some of it did strike Archileti's left arm.

"Tuesday evening CSX was notified about debris falling from the rail bridge that crosses The Boulevard in Colonial Heights after heavy rainfall caused some localized flooding. Our local bridge inspectors responded immediately to examine the bridge, and they determined that the debris came from a wooden walkway adjacent to the tracks. While the walkway is now closed, the rail bridge is structurally sound and safe for normal train operations. CSX is working with local police to schedule a time to close a portion of The Boulevard for crews to safely remove the rest of the walkway.  We expect this work to be scheduled as soon as possible."

The Boulevard was briefly closed following the incident, but has since re-opened.

VDOT estimates 21,000 cars pass along that stretch of the road every day.