PRINCE EDWARD COUNTY, Va. -- A pilot suffered serious but non-life threatening injuries when his small, private plane crashed in a field near Farmville.

"The Piper PA-15 ran out of fuel while in the air and was forced to make a crash landing into a cornfield at the intersection of Route 658 and Route 700," a Virginia State Police spokesperson said. "The impact of the crash caused the aircraft to catch fire."

The field where the plane crashed is located along the 700 block of Moore Road, near Hampden Sydney college.

The pilot, Philip Cianciolo of Wallingford, Conn., was medivac to VCU Medical Center with serious but non-life threatening injuries.

Cianciolo, who was the plane’s only occupant, was flying from North Carolina to Connecticut at the time of the crash.

Farmville fire department responded to Hampden Sydney College to set up a landing zone and Darlington Heights fire assisted at the scene of the crash.

The FAA and NTSB were notified of the crash. 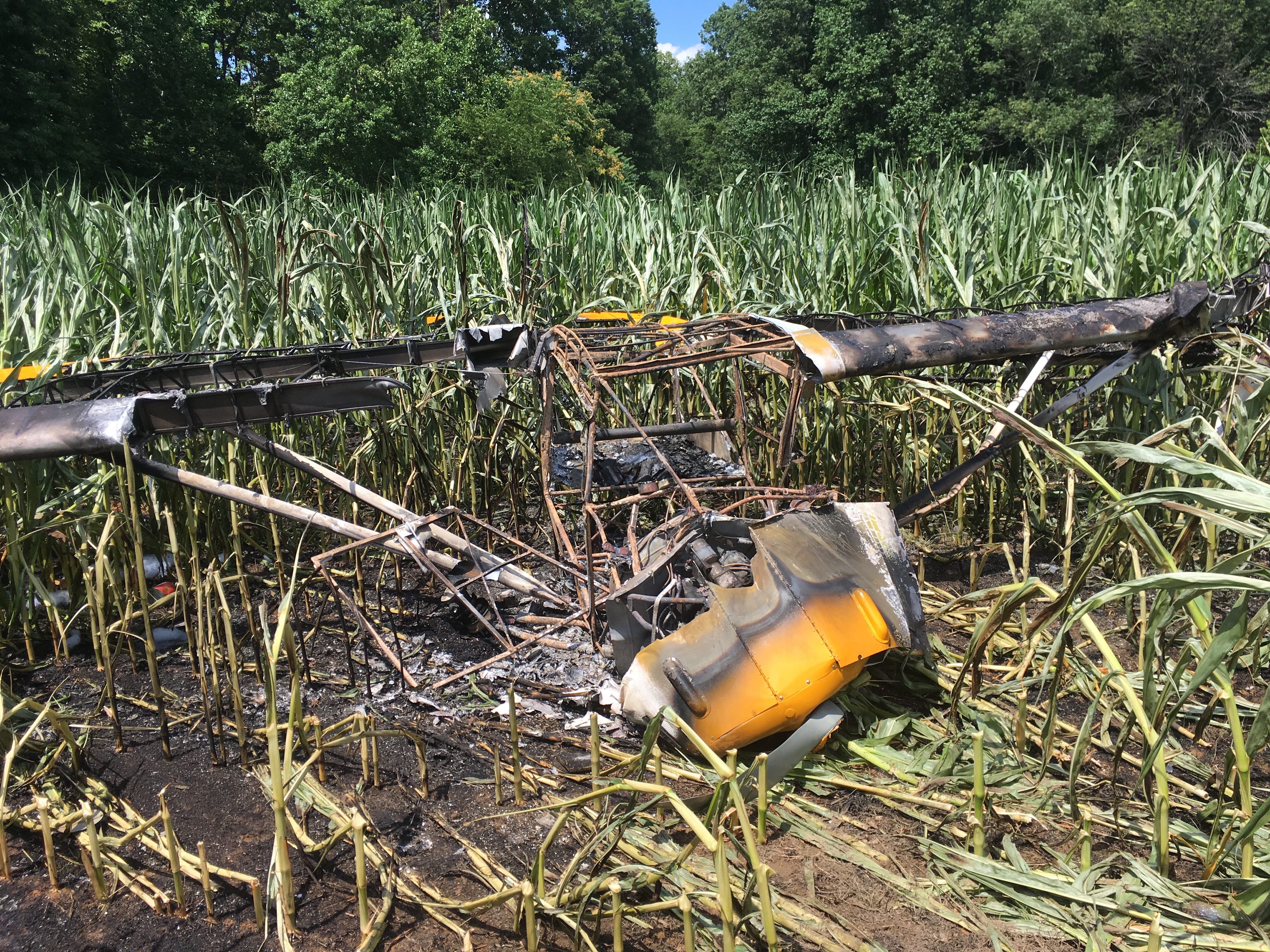