Richmond teen reunites with firefighters who saved her from burning home

RICHMOND, Va. -- A Richmond teen was reunited with the firefighters who save her life after rescuing her from a house fire earlier in June.

There was joy, laughs and tears Tuesday when 13-year-old Jordan embraced the firefighters from Engine and Truck 13 at VCU Medical Center.

On June 13, Jordan was pulled from a house fire in the 2300 block of Ingram Avenue. After searching in zero visibility, the teen was found unconscious, not breathing, inside her bedroom.

Once outside, first responders were able to perform life saving measure. 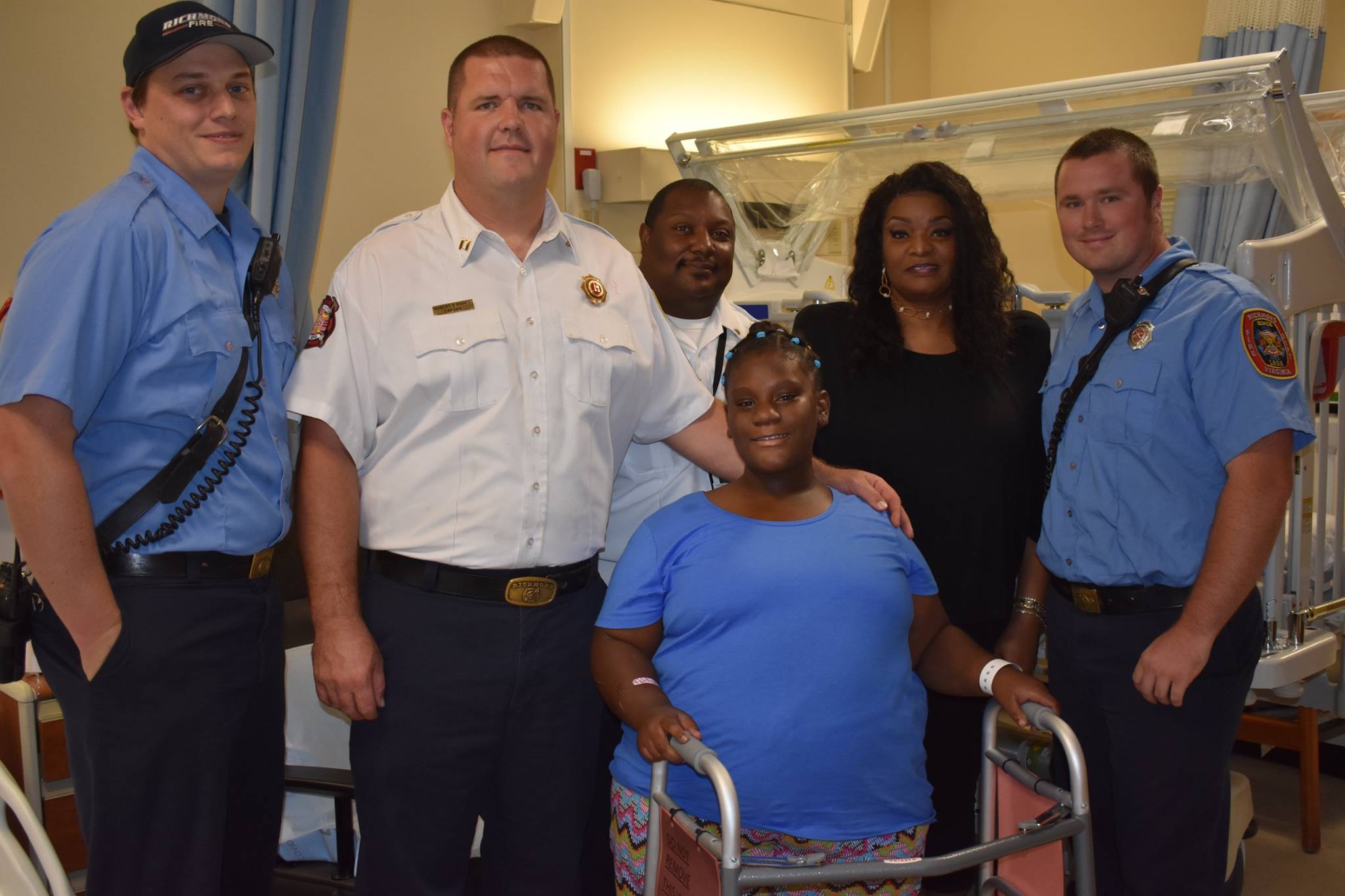 Four firefighters instrumental in the rescue visited Jordan in the hospital as she continues to recover. Those firefighters are Michael Possanza, Cpt. Robert Maass, Lt. Antonio Bullock, and Christopher Ferguson.

Jordan even has a special surprise for the firefighters in the form of a big hug and thank you cupcakes.

“Stories like these not only are life altering for the victims, it also lets us know how critical our job can be and how much our citizens and visitors depend on us,” Richmond Fire wrote on Facebook.

Jordan is still recovering from her injuries in the hospital, but she is expected to fully recover.