Tesla begins to plug in on Broad Street 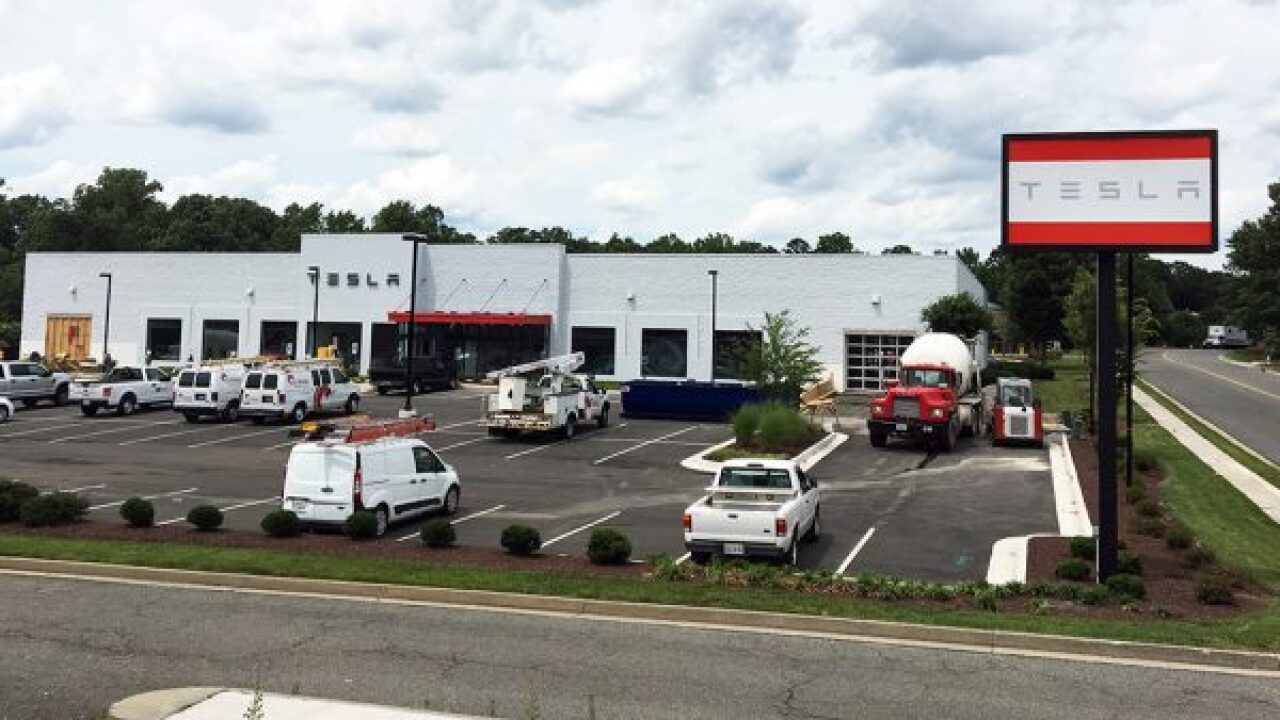 Work is underway on the Tesla dealership along Broad Street. (Michael Schwartz)

HENRICO, Va. — The first visible signs of Tesla’s pending arrival in the Richmond market have emerged in the West End.

The electric carmaker’s controversial dealership in Henrico County – its first in the region and second in the state – is taking shape at 9850 W. Broad St., where it is converting a long-vacant former furniture store.

Tesla signage is hung and multiple work crews are on site. The construction progress comes even as the California-based company remains in a legal skirmish with the Virginia Automobile Dealers Association, which has argued the dealership cannot open based on state law.

The Virginia DMV commissioner ruled in Tesla’s favor on the matter in November, but the VADA, which represents franchised car dealers around the state, has appealed to overturn that decision in Richmond Circuit Court.

VADA argues that state law prevents car manufacturers from operating their own dealerships, unless no other licensed dealers would be willing and able to run such a dealership independently “in a manner consistent with the public interest.”