RICHMOND, Va. -- As a mason who has laid brick and block on plenty of RVA's buildings, I've found lots to admire in this historic city of bricks, stone and concrete.

But there's one building that stands out in my mind because its walls - inside and out - were once streets.

And quite historic streets at that.

Welcome to the old city stables, built in 1920 at the corner of Summit Avenue and West Clay Streets in Richmond's now red-hot Scott's Addition district, home to many historic industrial buildings turned into apartments, restaurants and breweries.

Initially, it was a frame structure to house the mules and horses that did much of the tough stuff to build and maintain city streets.

A fire swept through it in March of 1926. Thankfully, the Times-Dispatch reported at the time, "no animals were injured in the blaze, the majority of them being at work on the streets."

In 1940, the stables were completely rebuilt using cobblestones (properly known as Belgian blocks of spalls) from the city streets - stones that originally came here 200 to 300 years ago as ballast in sailing ships that came here from Europe to load up on our goods.

The stones were pulled up from the streets as the city installed modern utilities. The masons and other workers were paid by the Richmond's Works Projects Administration, which was part of the New Deal to get our economy moving again after the Great Depression.

Millions of dollars’ worth of WPA work was done on our streets and utilities, in sewing shops, libraries and in the construction of new city shops and buildings. The year before, in 1939, the city and the WPA built another street-stone building on the Department of the Public Works' property by the old Fairgrounds (now the Diamond). That building was torn down when DPW moved its dilapidated storage and operations facility last year. 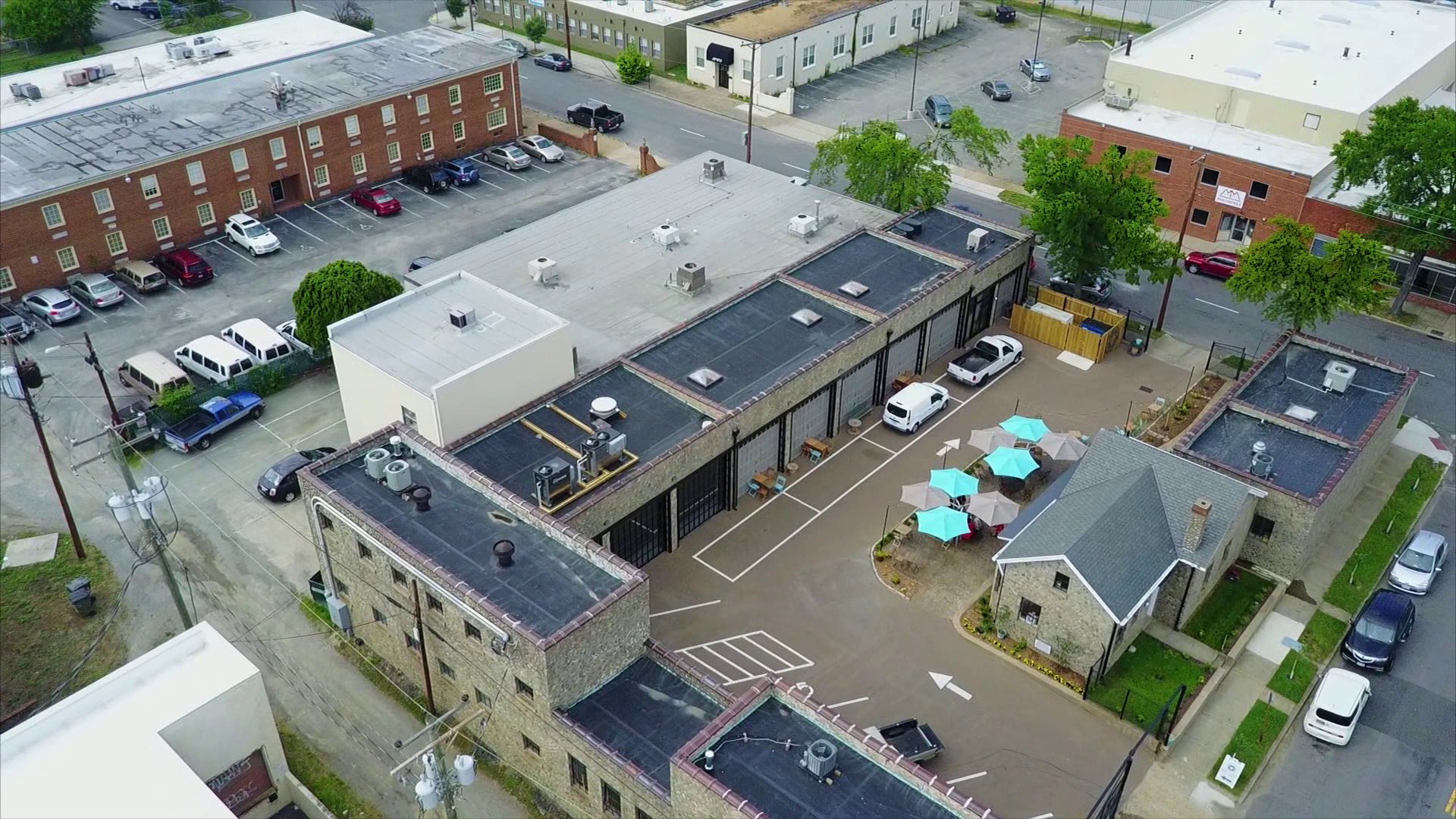 Back in 1940, the new Summit Avenue Stables and storage area was deluxe, with showers and sleeping areas for the men who repaired the streets.

But during the past decade, it languished.

Cider-maker Courtney Mailey won the bidding for the property about a year and a half ago when the city decided to sell it. She and her contractors hustled to transform it into Blue Bee Cider's new operation, restoring and re-purposing the old stables to, in my opinion, perfection.

Please watch the video to see what it was and what it has become. The 77-year-old walls have been cleaned and freshened, their soft pastel colors shifting a bit in different types of light.

And imagine how many different humans handled each one those stones as they were quarried, hauled to wharves and loaded into ships, unloaded here, built into Richmond's streets, pulled up and then shaped into these rugged and very nicely laid walls.

How many languages were spoken?

Perhaps it’s something to ponder over a glass of Courtney's cider at the old city stables.