Hundreds of friends and classmates gather to remember Otto Warmbier

CHARLOTTESVILLE, Va. -- Hundreds of friends and classmates gathered Tuesday night on the University of Virginia campus in Charlottesville to remember student Otto Warmbier.

The 22-year-old died Monday afternoon in his hometown of Cincinnati, Ohio, days after being released by North Korea in a comatose state.

UVA’s student council president Sarah Kenney helped organize Tuesday’s vigil to help begin the healing process for the community, especially for those who knew him well. 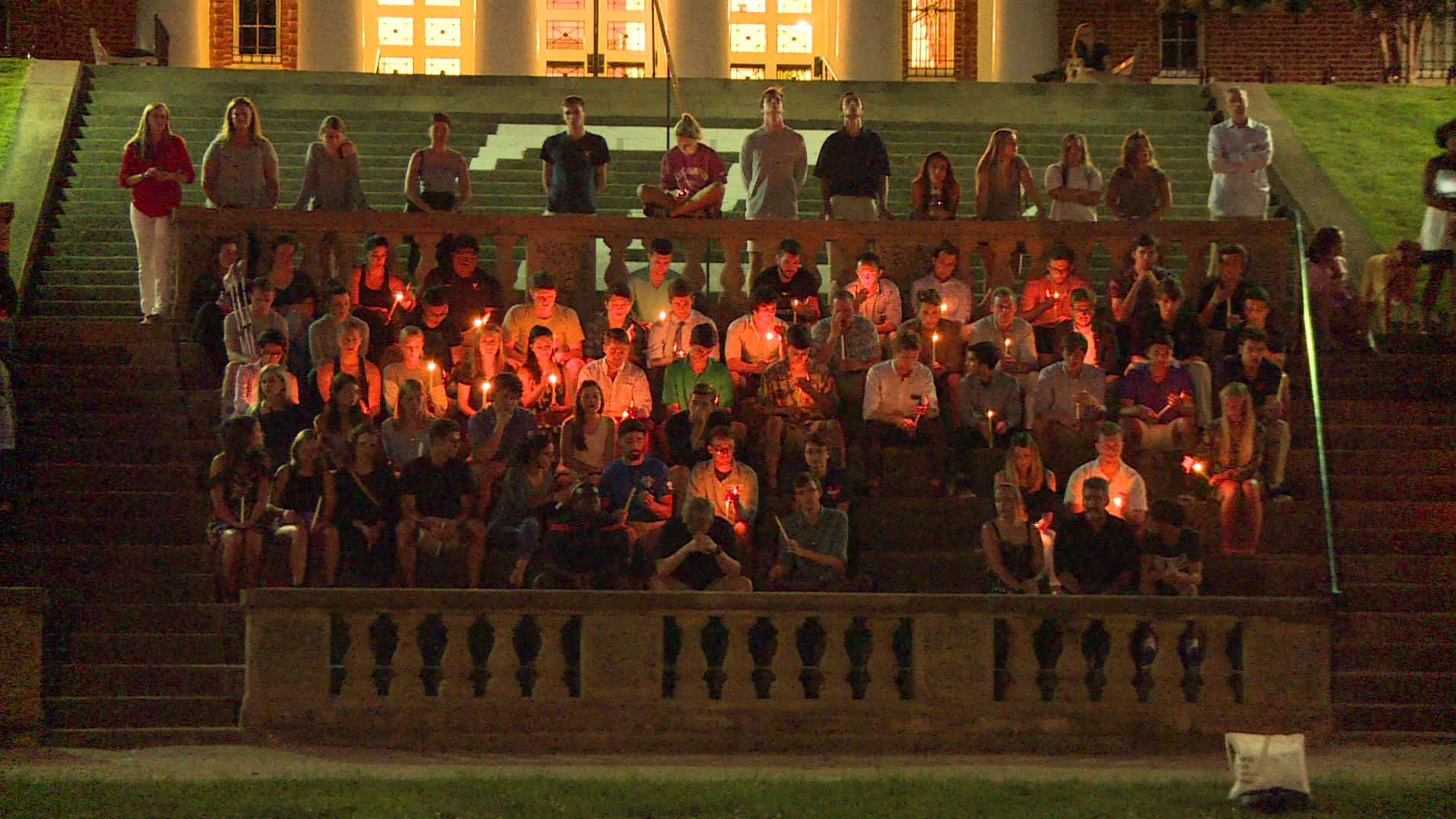 Speakers during the vigil included some of his closest friends, from his fraternity brothers to his longtime girlfriend, Alex Vagonis.

"Being with Otto made life all the more beautiful and worth living,” she said. “He was my soulmate on so many levels and I truly believed that he helped me become a better human being. The person that I am today."

Other friends shared their favorite memories and talked about the impact Warmbier had on their lives.

"I hope all who know you continue to share the incredible memories that they made with you. It'll be a long time before we run out. Rest easy, Otto. We love you," said another speaker.

The family of American college student Otto Warmbier objected to an autopsy, leaving the former North Korea detainee's official cause of death a mystery for the time being.

The Hamilton County Coroner's Office in Ohio confirmed that it received and examined the 22-year-old's body after his death on Monday.

The Warmbier family's "objection to an autopsy was honored," the office said, and only an external examination was performed.

The coroner's office reviewed medical records from the University of Cincinnati Medical Center and the air ambulance service that helped bring Warmbier from Pyongyang to Cincinnati after 17 months. "Extensive" conversations with his treating physician took place, too.

"No conclusions about the cause and manner of Mr. Warmbier's death have been drawn at this time as there are additional medical records and imaging to review and people to interview," the statement said.

His death led to strong condemnations of the regime and speculation about the implications. Politicians renewed calls for the regime to release three US citizens being held in the country.

Warmbier visited North Korea in January 2016 on a sightseeing tour. He was arrested for allegedly stealing a political sign from a restricted area and sentenced to 15 years of hard labor.

US President Donald Trump's administration worked to secure his return. He died less than a week after returning from North Korea. He could not speak or move voluntarily and his doctors said he suffered extensive brain damage.

His treating physicians said he suffered from unresponsive wakefulness, a condition also known as persistent vegetative state. In a news conference before Warmbier's death, they said they could not speculate on the cause of his condition. But they found no evidence that he had contracted botulism, casting doubt on North Korea's claim that he fell into a coma after contracting botulism and taking a sleeping pill.

"This pattern of brain injury is usually seen as result of cardiopulmonary arrest where blood supply to the brain is inadequate for a period of time, resulting in the death of brain tissue," Dr. Daniel Kanter said last week.

A funeral will be held Thursday at Warmbier's alma mater, Wyoming High School in Ohio.

The CNN Wire contributed to this article.