“We’re going to make it explosive and jumping off of the surface,” said Naylor. “This stuff is making a comeback.”

“The gentleman wants a Viking battle scene of a female warrior fighting a dragon,” said Naylor.

His otherworldly creations take shape on Hondas and Harleys inside a small workshop off of Staples Mill Road in Henrico County.

“I believe I painted my first motorcycle in 2003,” said Naylor.

Armed with an airbrush and gallons of paint Naylor transforms tanks fueled with precision.

“From five feet away it’s a cool paint job, but the closer you get the more you find and the deeper you go,” he said.

The VCU graduate’s artwork certainly has evolved since airbrushing T-shirts at King’s Dominion.

“I can draw Sponge Bob in my sleep if had to!” he said.

Growing up in Ashland art was his escape.

“That is the only thing I had going for me as a kid was I could draw,” said Naylor.

He found solace as a boy when his father took his own life.

“My mother got a call when I was like seven or eight years old, so yeah there is that,” he said.

His passion slowly developed into a profession.

“My wife always says creative artistic people live in their head a lot and I know that for sure,” said Naylor.

Naylor brushes off high-brow artists who discredit his work as kitsch. 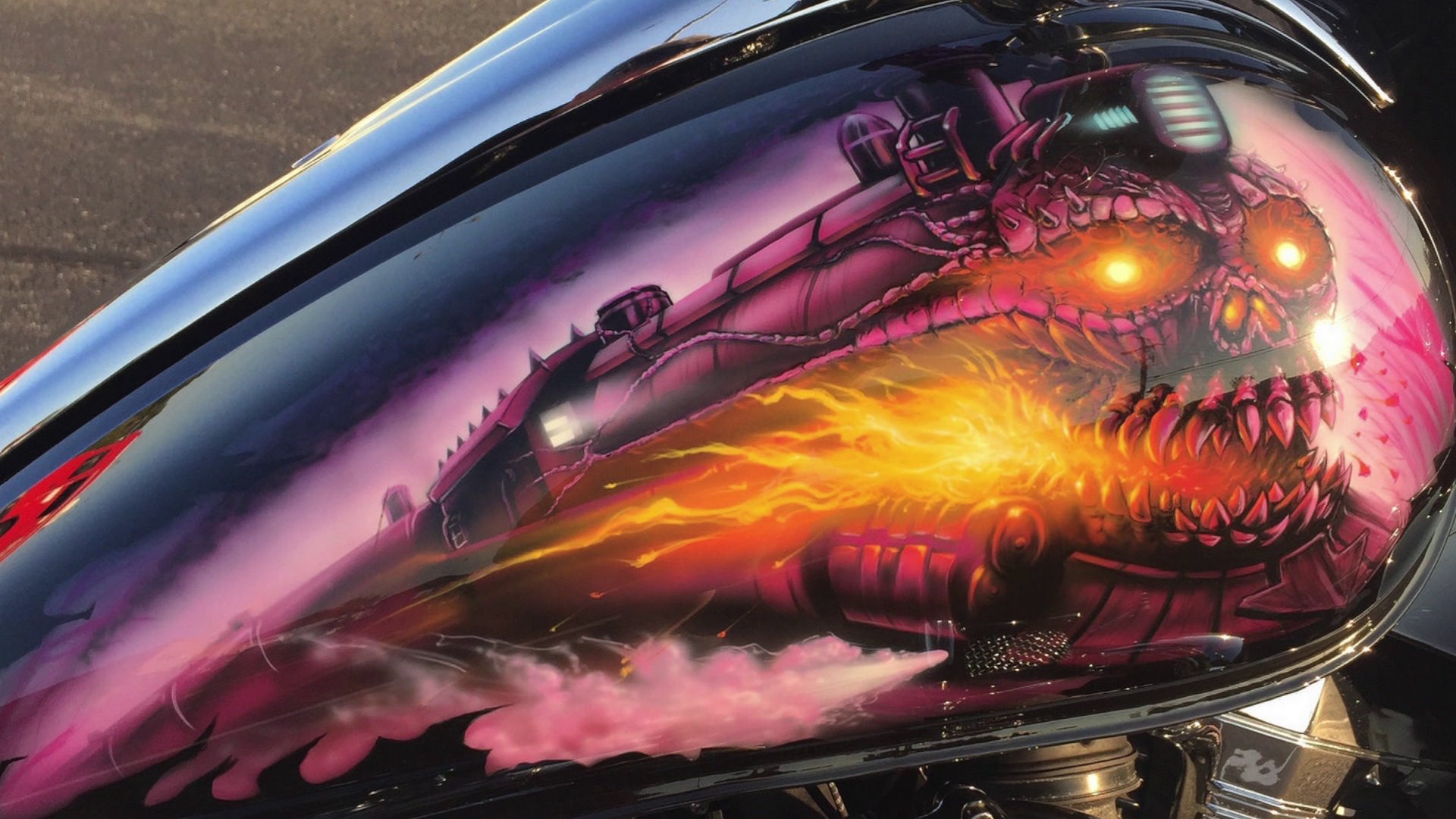 “To a lot of people it will be t-shirt art and nothing more. Airbrush is just a tool. There are a lot of famous people who have used it to great success,” said Naylor.

He prides himself on keeping each creation custom.

“I’ve seen people come in from out of state and say ‘I saw your bike at this show, it was really cool. Can you do mine?” said Naylor.

“We painted the teeth and painted the spots and the stripes and clear-coated it. It is on a mantel somewhere,” he said.

“So what makes the carousel so special is that it’s all wood,” said Naylor. “We sand them down and fix all of the cracks and where the kids have been gouging them and make them look pretty again.”

Sonny Naylor a humble yet colorful artist whose works lives life in the fast lane.

“Finding an audience finding a niche or something to live in and excel and enjoy it is good because it separates you from the rest of the people,” he said.

If you know of someone I should feature in my “I Have a Story” segment email me at gmcquade@wtvr.com.