PRINCE WILLIAM COUNTY, Va. — Warrants were obtained for more than 40 people as part of law enforcement’s “continued campaign” to “combat heroin use and distribution” in Prince William and Manassas, Virginia.

“The Narcotics Task Force has conducted five similar large-scale operations [in Prince William] since 2013,” a Prince William Police spokesperson said. “These operations focused on the enforcement action to prevent use and an educational component about the drug and an opportunity for those arrested to seek help for their addictions. Past operations have resulted in over 200 arrests and the execution of approximately three dozen searches.”

Police said the operations prove “there are many faces of addiction and anyone of any age, gender, race, ethnicity, or economic background can fall victim to this epidemic.” 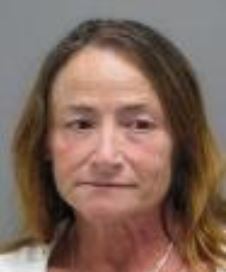 Our goal is to reduce narcotic use and distribution in the region by taking necessary enforcement action. As with past operations, when an arrest was made, those who wanted were provided with the necessary resources and information. This was a cooperative effort with the Community Services Board, Police Chaplains and the Commonwealth Attorney’s Office.

We would like to continue to remind our community of the dangers of heroin use and abuse. Drug addiction, especially resulting from heroin, can escalate quickly. Heroin use is known to have a link to the abuse of prescription medications including painkillers. Internet resources are available for those who wish to educate themselves on signs to look for and what these narcotics look like. Interdiction by family members and friends can be critical in providing the support to those with drug addictions. Usually, by the time law enforcement gets involved, it’s too late. If you or someone you know is suspected of having a drug addiction, it’s important to seek help immediately.