RICHMOND, Va. – Richmond Police are asking for the public’s help to identify a man wanted for vandalizing several properties in the Fan District.

Surveillance video shows a suspect spray painting a garage in the 1200 block of West Franklin Street and several other buildings in the area.

The suspect is described as a white male in his late-teens to mid-20s with a thin build and long, brown hair. At the time of the incident, he was wearing a light colored shirt, blue jeans and light-colored shoes. 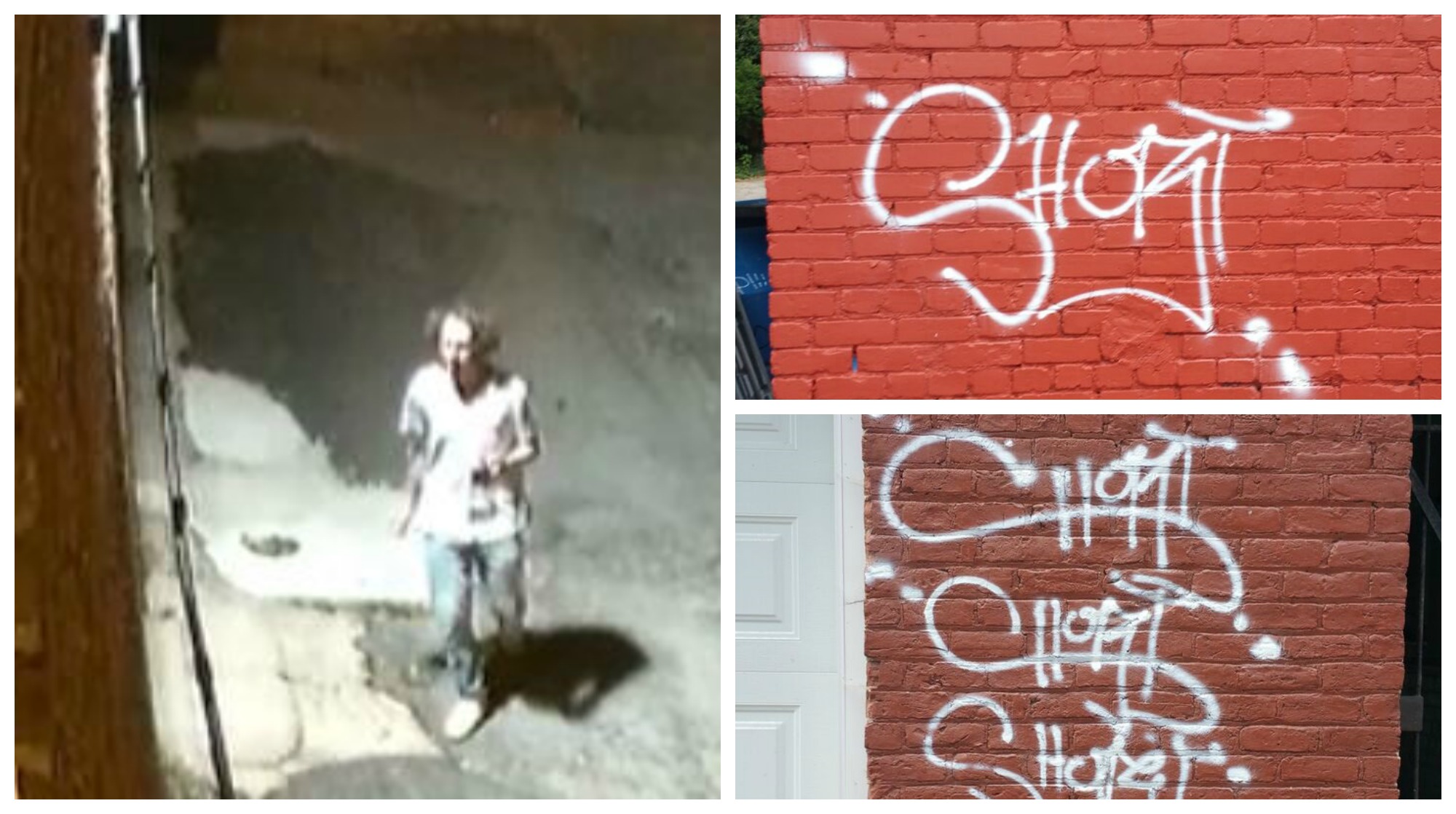 Police are asking resident to call 911 if you see a suspect in the process of vandalizing property. They are also reminding residents to call 804-646-5100 to file a report if you own a property that has already been tagged.