Some Philadelphia doctors delivered a different kind of baby than usual Friday.

A team of veterinary and human medical specialists was called in to deliver a gorilla at the Philadelphia Zoo after the mother, 17-year-old Kira, appeared to struggle during labor.

Usually, gorilla births are quick and the mother does not appear distressed. With Kira, however, staff at the zoo noticed she was growing tired after being in labor and were concerned for her health.

The surgeons, anesthesiologists and an OB-GYN were prepared to respond if anything went wrong during labor or Kira’s pregnancy. While gorilla cesarean sections aren’t out of the ordinary, this was the first assisted vaginal delivery for a gorilla since 2000, according to the Philadelphia Zoo. The birth required tools similar to those used during human deliveries.

Kira, a western lowland gorilla and first-time mother, gave birth to a healthy baby after a 1½-hour delivery and was fully recovered the next morning. This is the third offspring for 32-year-old father Motuba. The newborn male joins another baby gorilla from the zoo, also fathered by Motuba.

“It was an anxious and dramatic day at the zoo, but in the end a tremendously rewarding one,” Dr. Andy Baker, Philadelphia Zoo’s chief operating officer, said in a news release.

The International Union for Conservation of Nature lists western lowland gorillas as critically endangered in the wild. 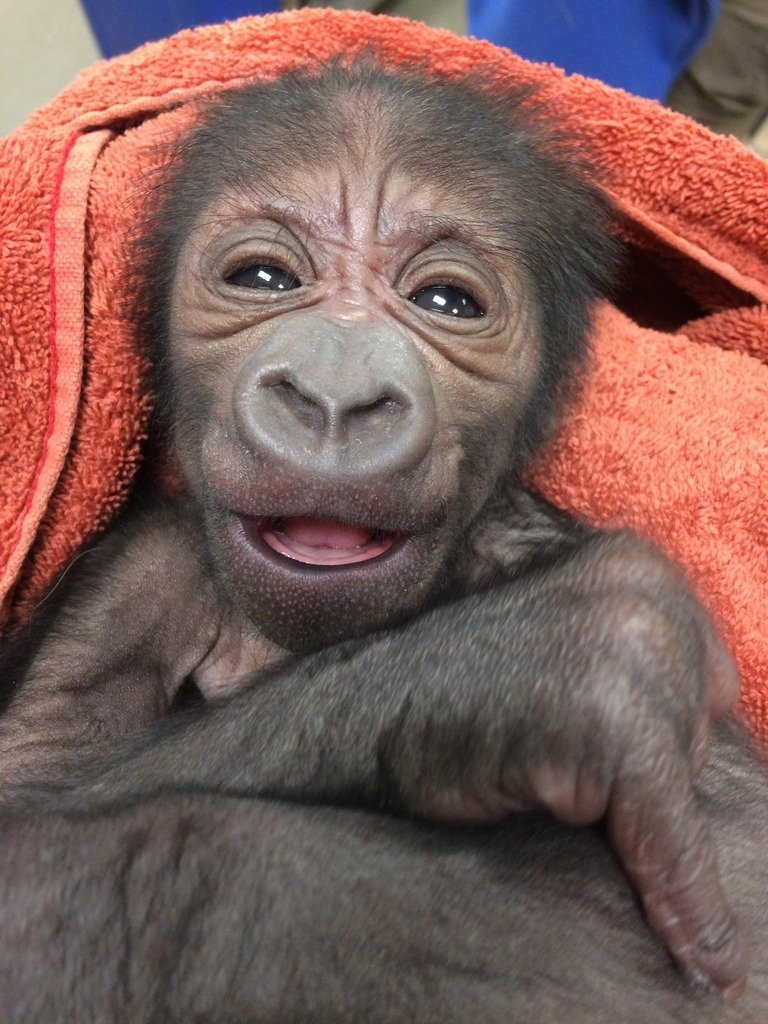