Driver rescued from truck engulfed in flames in Chesterfield

CHESTERFIELD COUNTY, Va. – Police officers and Good Samaritans rescued a driver from his vehicle Tuesday evening when it became engulfed in flames after crashing into a utility pole in Chesterfield County.

Investigators said the crash happened around 7:15 p.m.  in the 10000 block of Huguenot Road, near the Midlothian Turnpike intersection and across from Chesterfield Towne Center.

The crash happened while first responders were on the scene of a separate accident at the intersection of Huguenot and Old Buckingham roads. 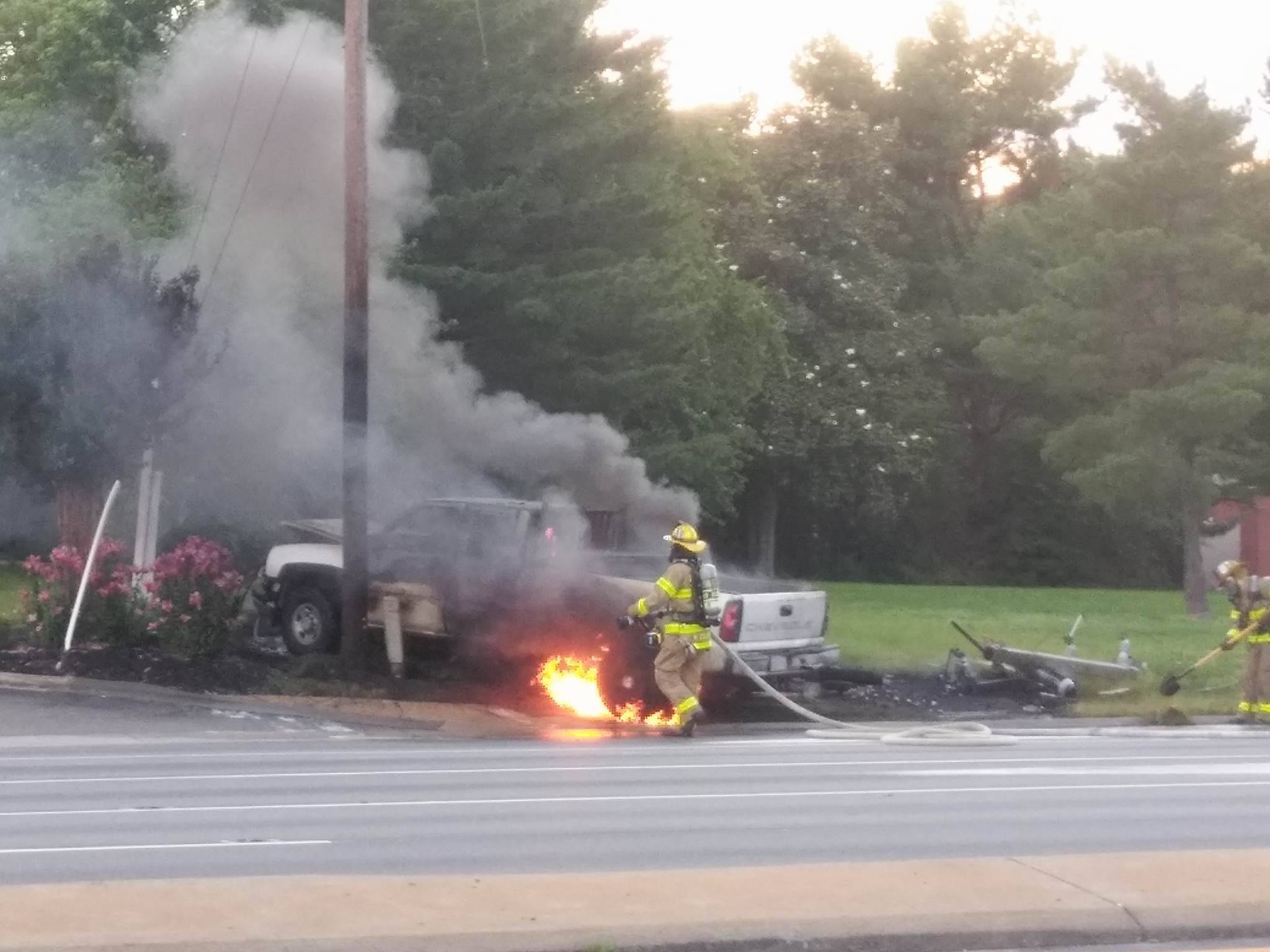 Police said the driver sped through the scene of that accident before crashing into a utility pole outside of the Exxon gas station, located at 11600 Midlothian Turnpike.

The driver was pulled from the engulfed truck by police officers and nearby citizens. He was transported to a local hospital with serious, but non-life threatening injuries.

Police said the circumstances surrounding the crash are still under investigation.

This section of Huguenot Road will be closed for a few hours while crews repair the utility pole.