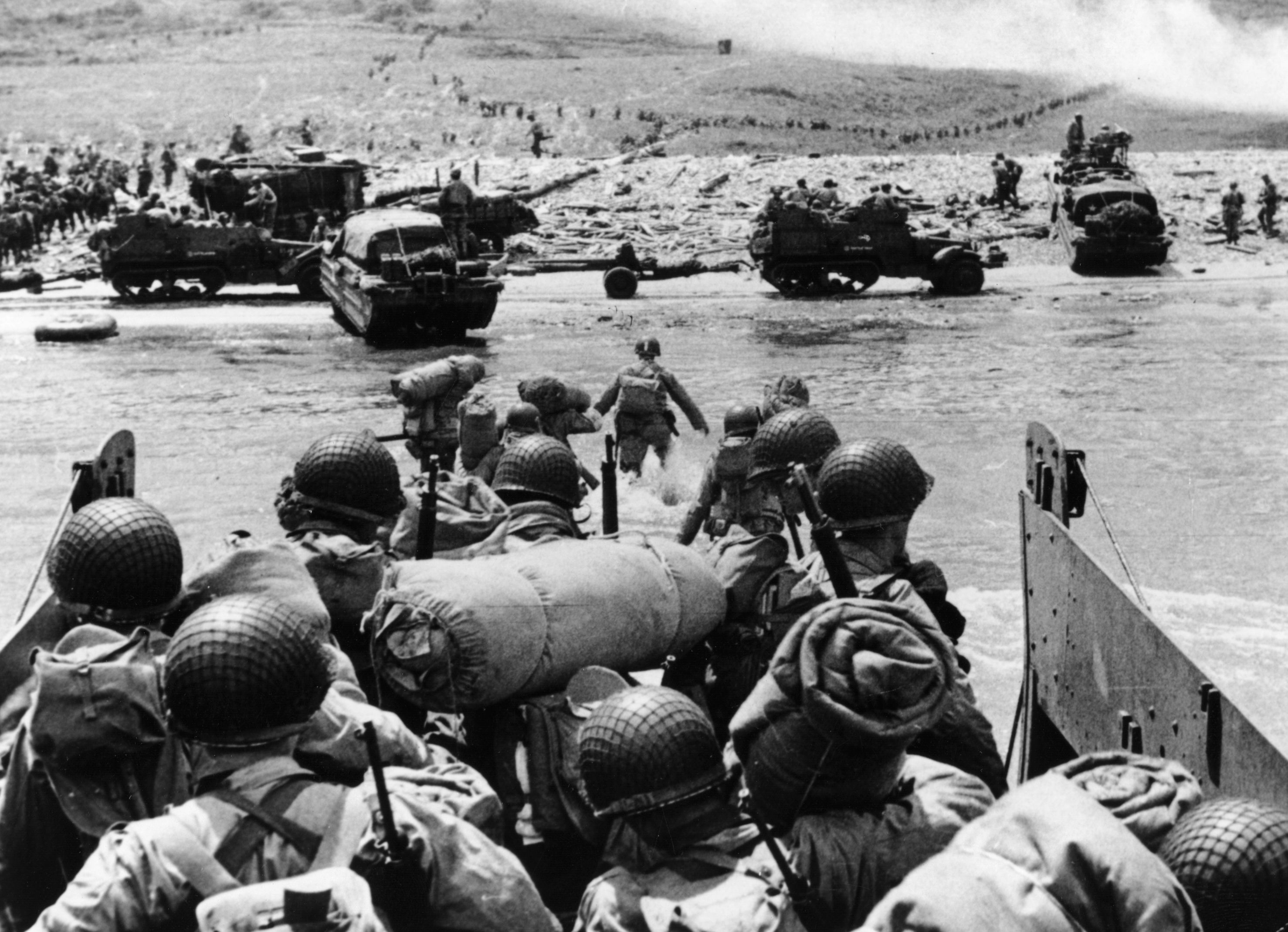 The largest amphibious invasion in history.

General Dwight D. Eisenhower commanded the operation, and plans were made to land in Normandy, west of where the German troops and artillery were built up.

The “D” stands for Day. D-Day and H-Hour stand for the secret day/time an operation is scheduled to begin.

Code names for the five beaches where the Allies landed: Utah, Omaha, Gold, Juno, and Sword.

The date June 5, 1944, was originally chosen for the invasion, but bad weather forced the Allies to postpone a day.

August 19, 1942 – A raid on the French port of Dieppe resulting in heavy losses convinces D-Day planners to land on the beaches, so discussions and preparations begin for an Allied invasion across the English Channel.

May 1943 – The Trident Conference, a British and American strategy meeting on the war. In Washington, DC, Winston Churchill, President Roosevelt and their military advisers discuss, among other things, crossing the English Channel.

August 1943 – The Quadrant Conference, where the British and American military chiefs of staff outline Operation Overlord.

November and December 1943 – The Sextant and Eureka Conferences, where the British and American military chiefs discuss the specifics of the assault on France.

1944 – The Germans expect an invasion along the north coast of France, but they do not know where. They build up their troops and artillery near Calais, where the English Channel is the narrowest.

In a broadcast message to troops before they leave, Eisenhower tells them, “The tide has turned! The free men of the world are marching together to victory…. We will accept nothing less than full victory!”

June 6, 1944 – Overnight, a military armada and more than 160,000 troops cross the English Channel. Minesweepers go ahead to clear the waters in preparation for the thousands of landing crafts that will be carrying men, vehicles and supplies.

In a broadcast to the people of occupied Europe, Eisenhower says, “Although the initial assault may not have been made in your own country, the hour of your liberation is approaching.”