Moody, a Staff Sergeant in the U.S. Army, was killed on June 23, 2007 after insurgents attacked his unit in Baghdad, Iraq.

He was 31 years old at the time of his death.

The people who knew Moody best said he was known for his radiant smile and his strong sense of duty.

Friday’s ceremony marked the official naming of a road outside of the school to Michael Moody Jr. Drive.

“We are proud to recognize Michael’s sacrifice by naming this road in his name,” said Dorothy Jaeckle, chair of the Chesterfield County Board of Supervisors. “It is a fitting memorial both to his love of his country and his commitment to his military service.” 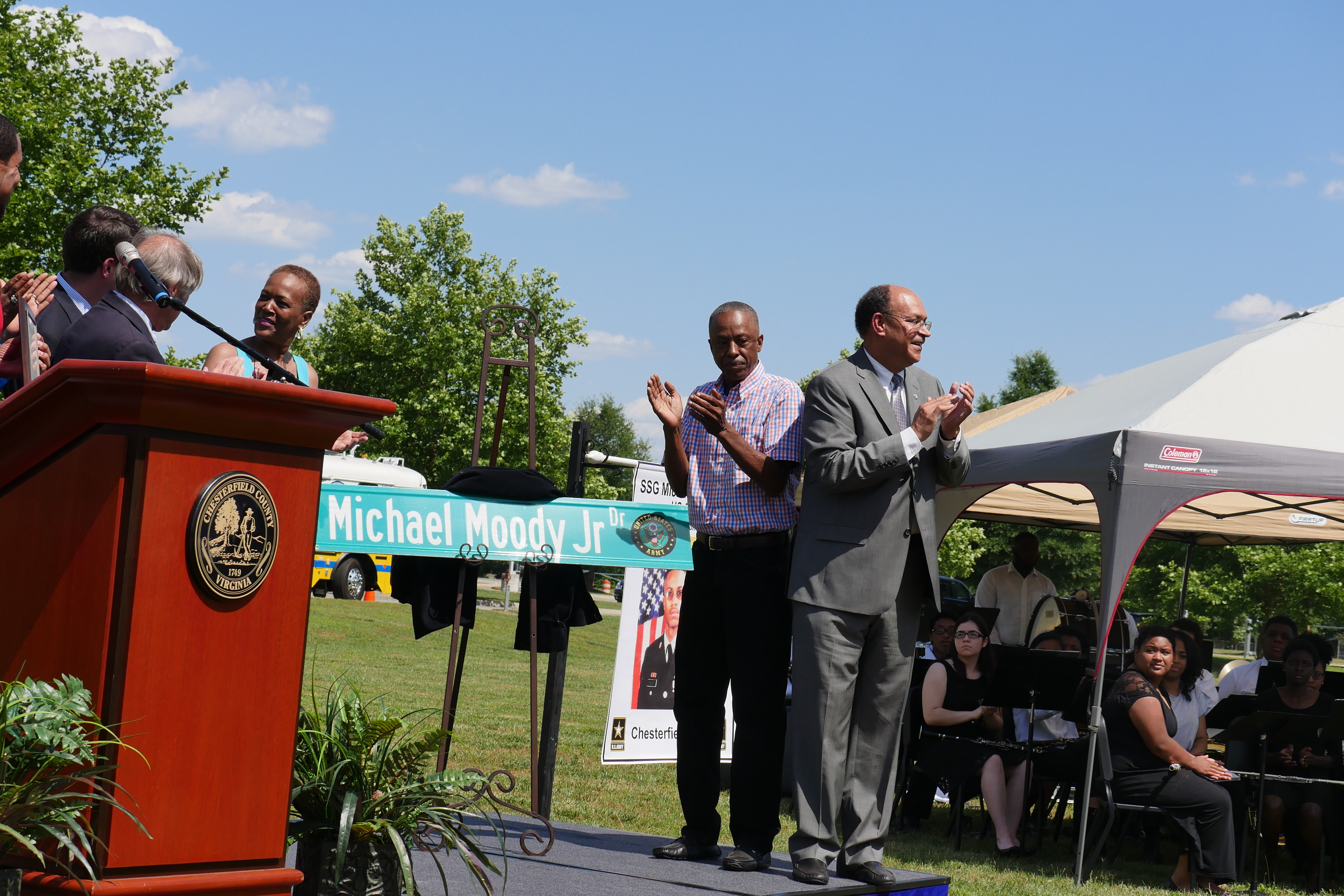 Moody enlisted in the Army in 1997 and was deployed to Germany, Bosnia and Iraq three times before his untimely death. He was awarded two Army Commendation Medals and two Army Achievement Medals for his service.

He is survived by his parents, Michael D. Moody Sr. and Connie Mason-Moody; his brother, Kendrick Moody, and two children, Sabreeyah Moody and Malik Goodwyn.