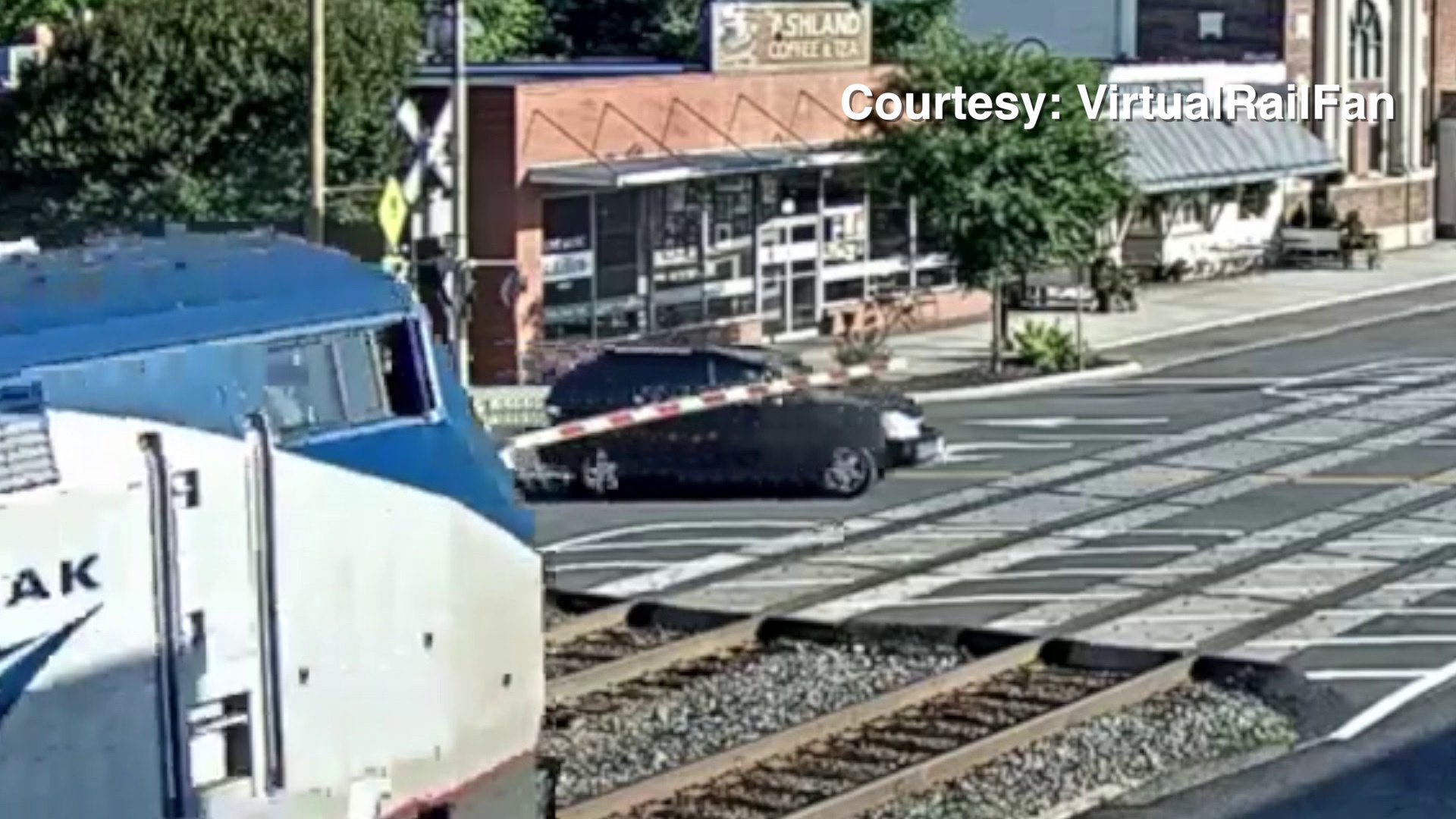 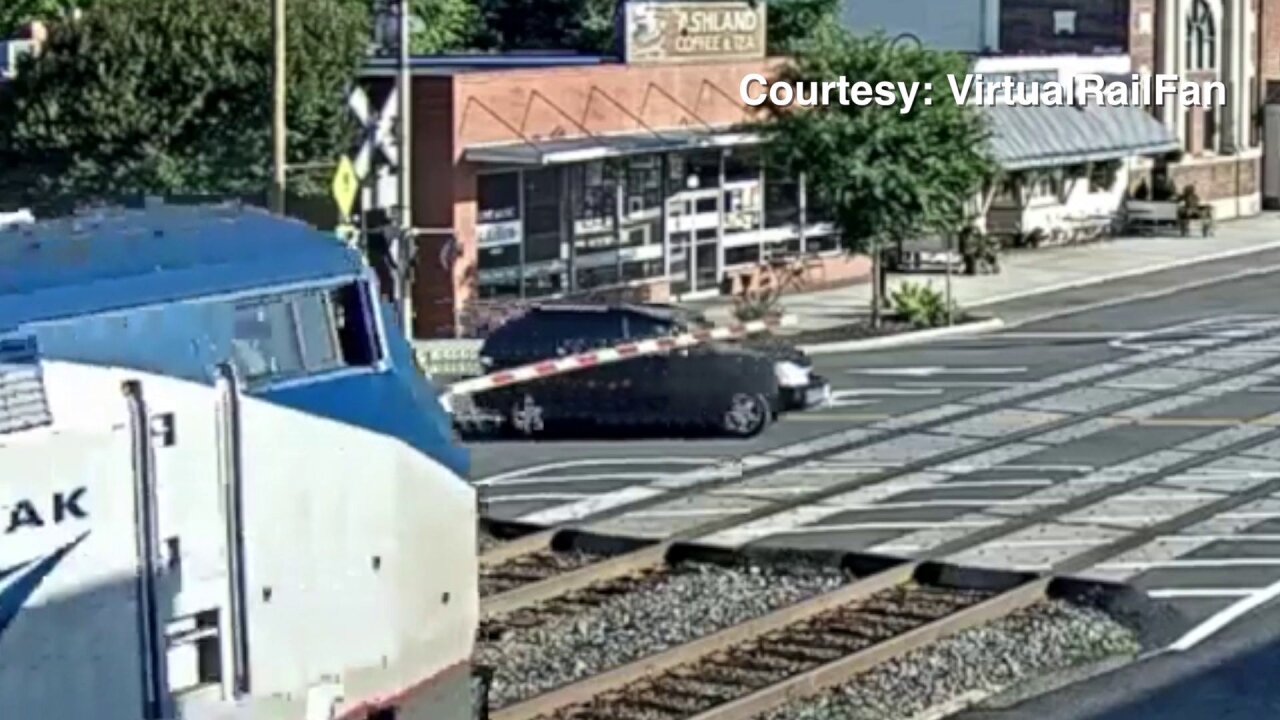 ASHLAND, Va. -- Trains passing through historic Ashland are a daily occurrence, but some people believe cars and trucks being hit by the trains are becoming more commonplace after another crash Saturday morning.

Video captured just before 8 a.m. shows an SUV barreling toward the tracks -- while the crossing arm is down and the warning lights are flashing -- before the vehicle strikes the front of the oncoming Amtrak Train 82.

The SUV is pushed down the street and over a curb, crushing a flower box and coming to rest where two buildings come together.

"I got a phone call from one of my employees," Gian Pimpinella, the owner of Ashland Coffee & Tea, said. He said he was told that a car had crashed into the front of the building.

When Pimpinella arrived a short time later, he found the SUV still on the curb and his neighbors planter destroyed.

The SUV sits up against the building.

"Fortunately there was no damage to the buildings," Pimpinella said.

Hanover County EMS transported the driver of the SUV to VCU Medical Center for treatment.

This planter is a total loss.

Russell Youens, who works beside the railroad tracks, said drivers ignoring and driving around the crossing arms is becoming a problem.

"This week I saw twice, pick up trucks, construction trucks, run the crossing gates down there, when they were down," Youens said. "And I thought it was unusual I had seen two in one day."

"If there's an issue, it's probably with the drivers, either not paying attention or trying to sneak through at the last second," Pimpinella said.

A spokesperson for Amtrak said there were 78 passengers on board at the time of the incident. No passengers or crew members were injured.