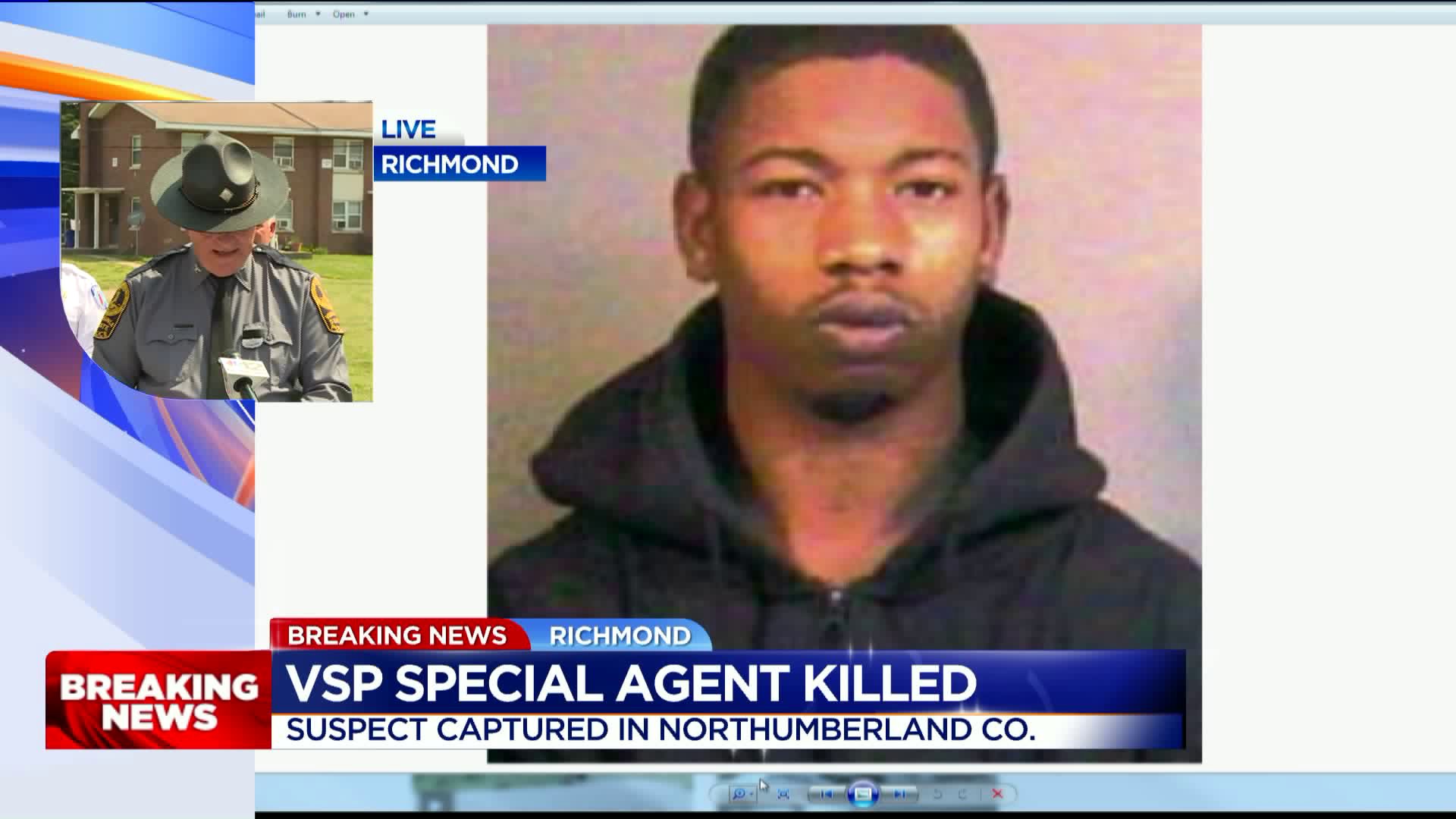 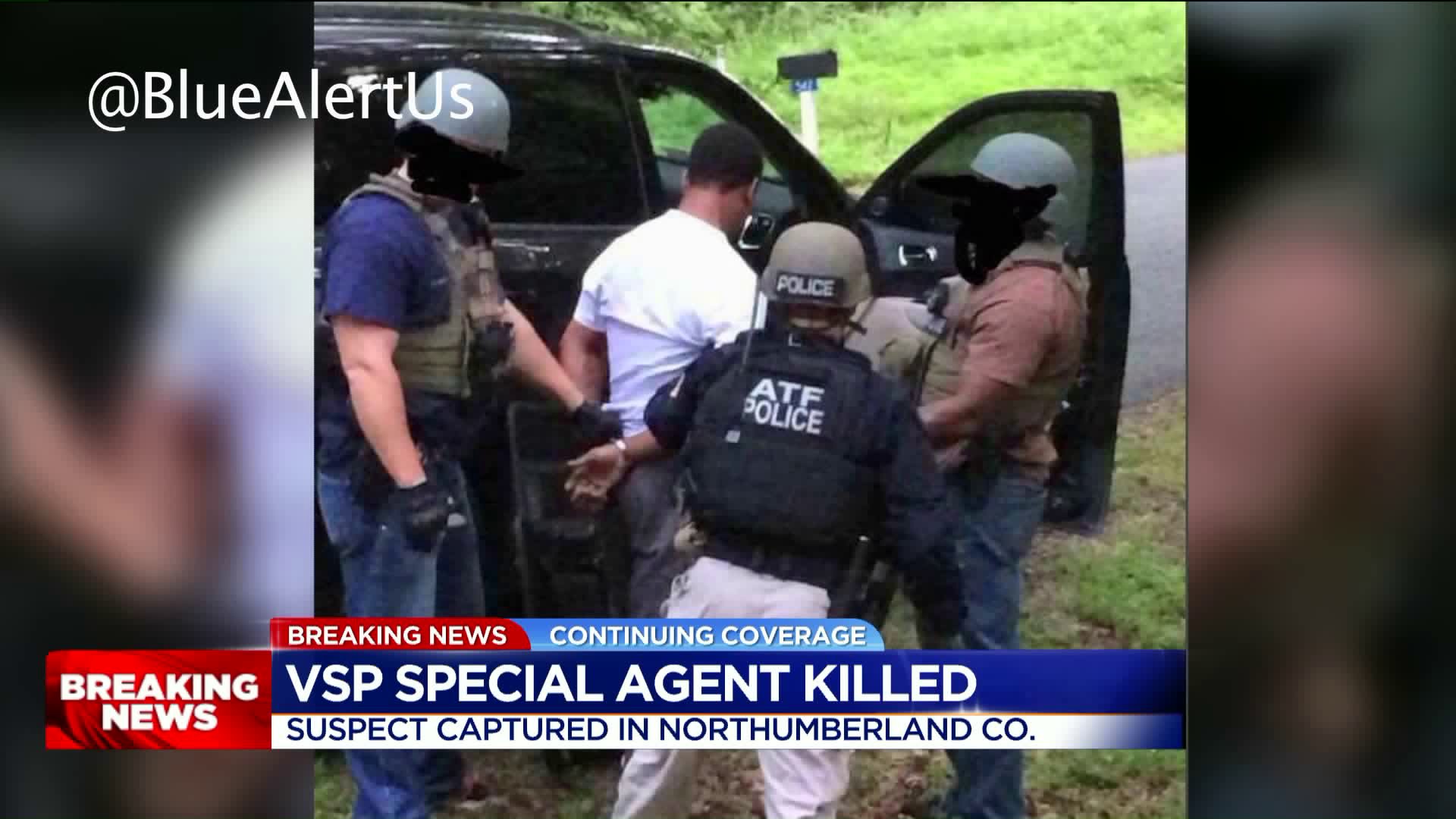 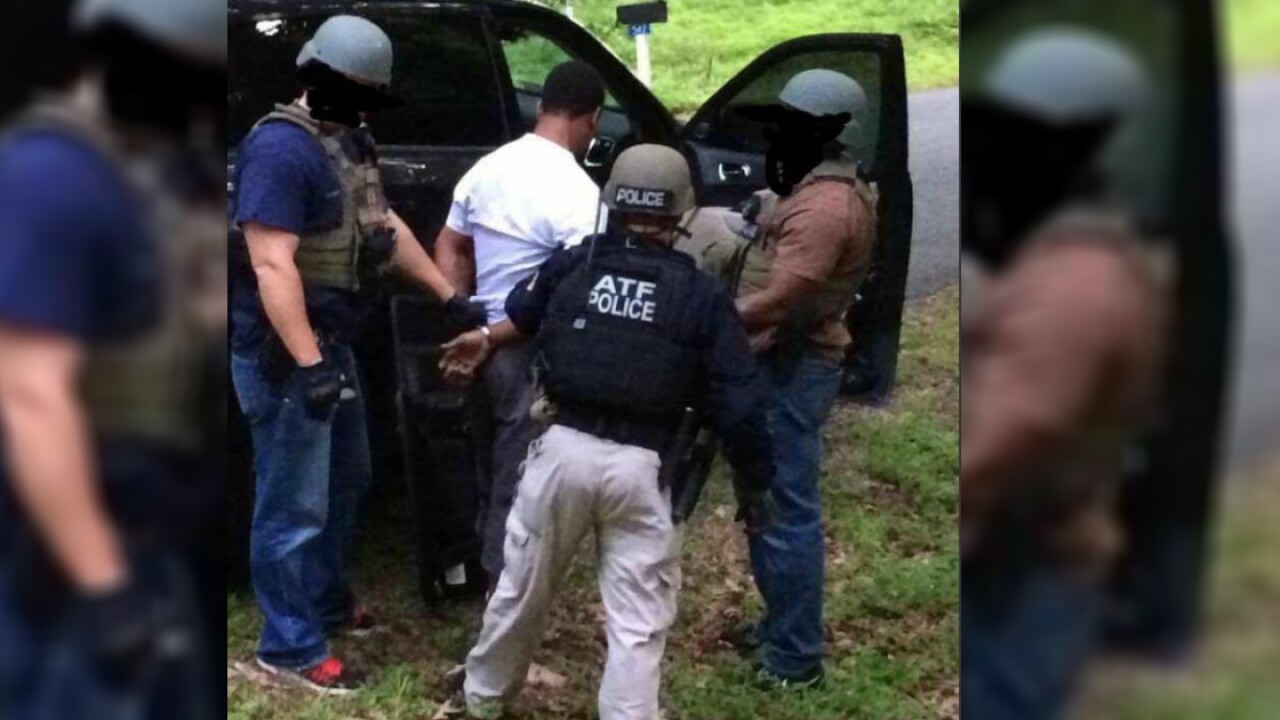 “He was taken into custody without incident. He’s been brought back to Richmond for questioning in this investigation," Virginia State Police Superintendent Col. Steven Flaherty said during a Saturday news conference.

Officials would not comment on Ball's connection to Heathsville, which is about an hour and a half from Richmond, or how he traveled there following the shooting.

Ball, who is being held without bond, is charged with one count of malicious wounding, use of a firearm in the commission of felony and possession of a firearm by a convicted felon. Additional charges are pending, officials said.

State police said Special Agent Walter was shot while talking with Ball, who is a resident of Mosby Court, and another man inside a car on Redd Street just before 7:30 p.m.

The Richmond officer who was with Walter was not injured.

“I will tell you that there is no one else that Special Agent Mike Walter had rather been with than the Richmond officer he was with last night," Flaherty said. "They were extremely close and worked together for quite a time.”

Flaherty thanked the officer for his quick actions and the aid he provided to Walter.

“And I know he’s having a very rough time too," Flaherty said. "And our heart goes out to him.”

The driver of the car remained at the scene and was detained by Richmond police.

Stay with WTVR.com and watch CBS 6 News for complete coverage of this important local story.