RICHMOND, Va. -- Crews used a rope to hoist a runner from the James River along the flood wall near the Pipeline Trail in downtown Richmond Friday afternoon.

Lt. Chris Armstrong with Richmond Fire said dispatchers received a call just after 2:40 p.m. about a man in the river.

Armstrong said crews located the man in the river at 2:50 p.m. near Haxall Point and provided him with a flotation device.

He was pulled from the river after a crew member was lowered down and pulled the victim up the concrete wall just before 4 p.m.

CBS 6 photojournalist Chris Jenkins, who captured exclusive video shot from a parking deck, tweeted that the man pulled from the river was standing and talking.

Firefighters and a rescue team worked feverishly to save the man.

"He was basically out taking a jog and he was on the pipeline and as result the water increased as he came up the pipeline," Armstrong said. "But he didn't think it was going to be that bad."

Fire officials said the man continued to run, but then stopped after he was partially submerged in the water that reached his waist.

Firefighters were able to communicate with the runner, who told them he was too tired to go back, so they tossed him a life vest as he held onto a concrete pillar.

"He was able to hold on for over an hour before we actually able to get to him and get him up," Armstrong said. "Based his physical condition it worked out well in this case."

Armstrong said firefighters and a rescue team used a number of resources, including ropes and ladders, in what appears to be dangerous conditions on the river.

"When the river levels are above five feet you have to wear a personal flotation device and when it's above nine feet, we strongly recommend you do not get in it," Armstrong said. ​

Ironically, the Richmond technical rescue team were on a training exercise when they got the 911 call and responded to the scene. 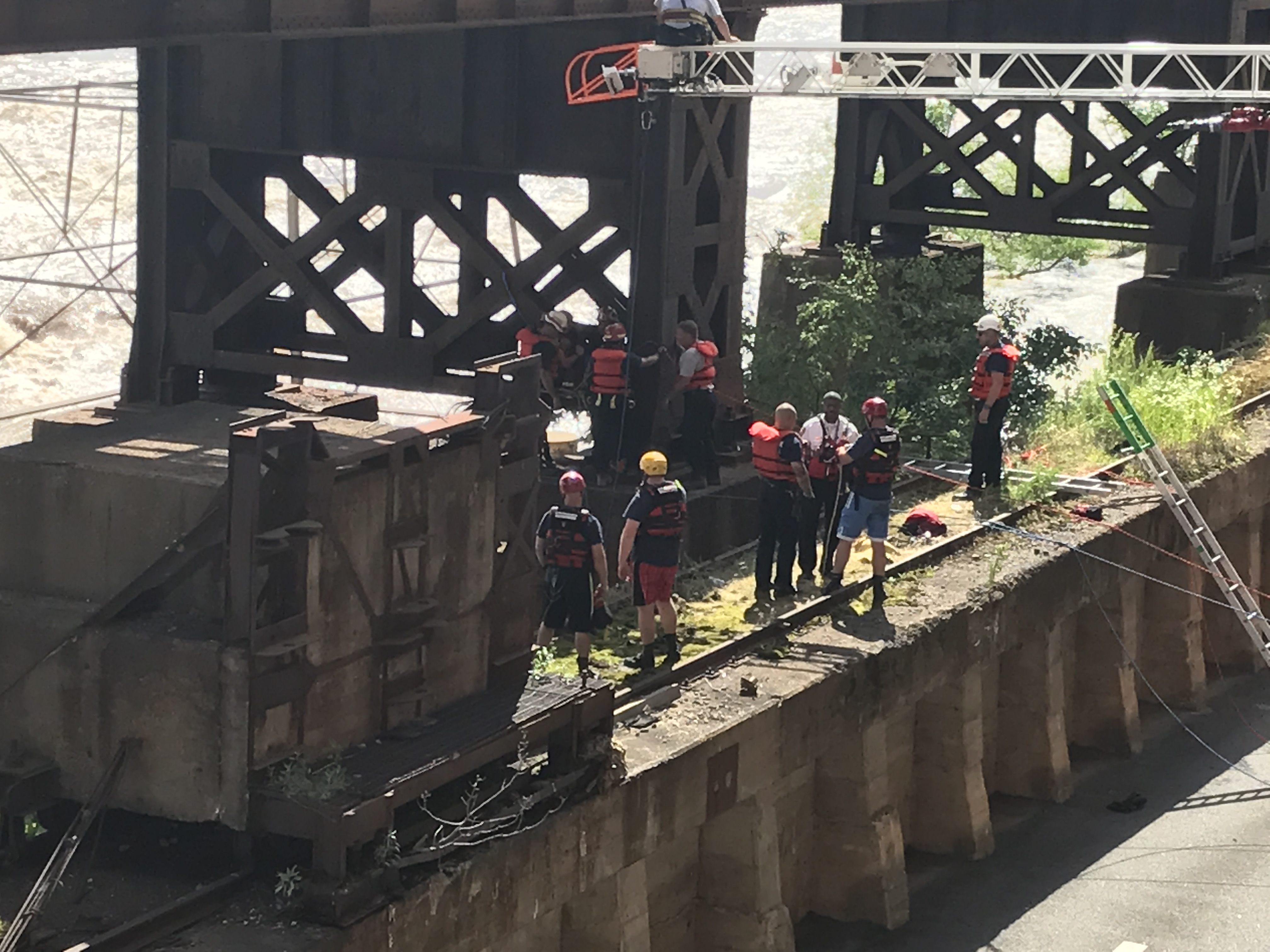 A woman was also rescued from the river earlier in the day after a person at Ancarrow's Landing spotted her floating without a flotation device at 7:43 a.m.

Rescue crews heard her yelling just across the Richmond/Henrico County line, according to Lt. Chris Armstrong.

The woman was barely floating above the water, Armstrong said, and it is unclear at this time how she ended up in the water or when and where she entered the river.

She was fully clothed and had no life vest on when she was rescued.

Armstrong warned people to not get into the water.

"River levels are extremely high AND we recommend that everyone stay out of the water," Armstrong warned. "Even if you are on the edge something may happen you may lose your footing and in an instance you are in the water."

First responders said she was lucky to be alive and warned folks to stay off the river this holiday weekend.