Arrests made in Richmond paintball attack

RICHMOND, Va. — Two men were arrested and charged in connection to a paintball attack in Richmond.

Troy Murchison, 20, of Watts Lane, and Lakeith Moore, 20, of Byron Street, were charged with assault after a man on a moped was shot by paintballs while riding on Chamberlayne Avenue.

“At approximately 5:14 p.m., Friday, May 19, Richmond Police officers were asked to be on the lookout for a white Dodge Charger that was involved in a paintball attack,” a Richmond Police spokesman said. “Within moments, the officers stopped the Charger a few blocks away from where the attack occurred. It was occupied by Murchison and Moore. Officers recovered a paintball gun loaded with the same colored paintballs as had been used in the attack. The weapon was retained as evidence.”

Murchison and Moore were released on a summons. Police will investigate whether the men are connected to other paintball shootings in the city.

Earlier that week Richmond cyclist Dustin Chamberlain was shot with paintballs while he rode his bicycle near Battery Park at Overbrook Road and Hawthorne Avenue.

He was shot less than half a mile from where Friday’s paintball attack occurred.

Chamberlain said after he was hit with paintballs, he tried to climb into the suspect’s vehicle, but the driver got away.

“I am doing just fine [now],” Chamberlain said a week after he was shot. “I can’t let the negative impact of a few people derail my life. Every day is not a good day, but there is something good in every day. I just have to remind myself of that sometimes.” 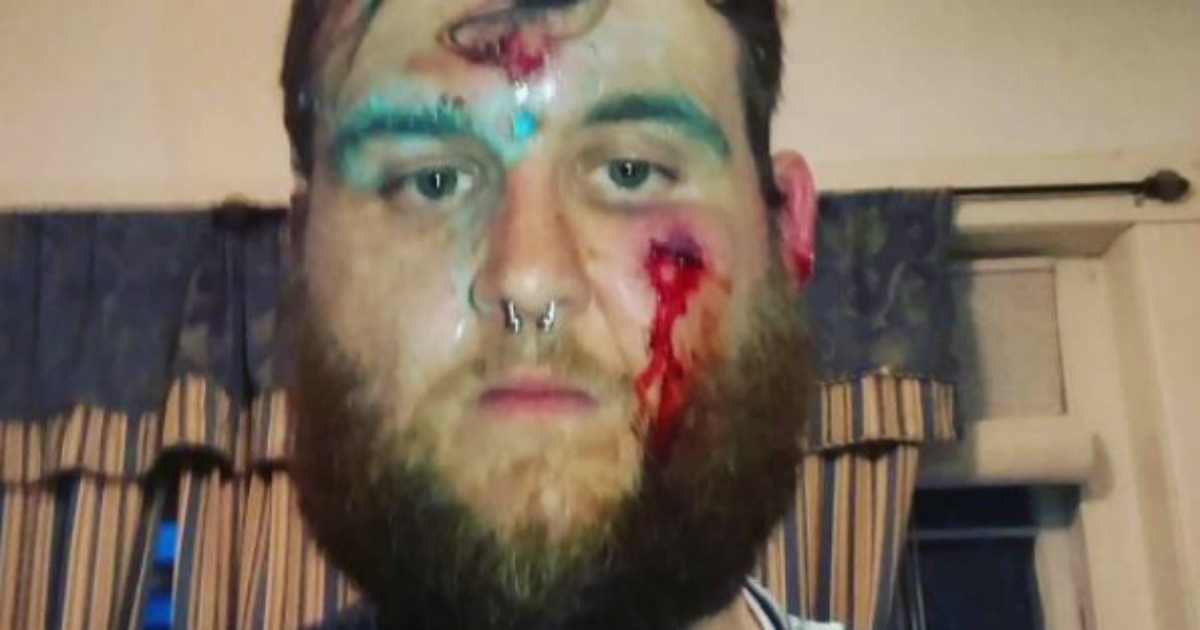 A warning from VCU Police

Earlier this month, VCU Police issued a warning about similar incidents in the areas of Bowe and W. Clay Streets.

“It can be assumed that conditions continue to exist that may pose a threat to members and guests of the community,” the alert read.

On St. John Street, Ty Reynolds returned home May 9 to find someone shot his van with paintballs.

“People don’t appreciate the things you take care of, that you treasure, you work hard for, and they just go around and demolish anything they want to without any consequences,” Reynolds said. “What if someone saw it and they retaliated right then and there?”