A snapshot of life aboard the USS Dwight D. Eisenhower

NORFOLK, Va. -- Keith Smith never thought he would be standing at the helm.

“You can feel it rocking. You can hear it slapping against the ship,” said Smith. “Honestly, when I joined the Navy I had no idea what I was in store for.”

This sailor isn’t steering just any ship. The North Carolina native is steering the U.S.S. Dwight D. Eisenhower. One of the military’s most impressive vessels.

A Navy cargo plane whisked CBS 6 reporter Greg McQuade and photographer, Brad Wilson, from Naval Station Norfolk to the “Mighty Ike” moving through choppy seas off the coast of Florida. 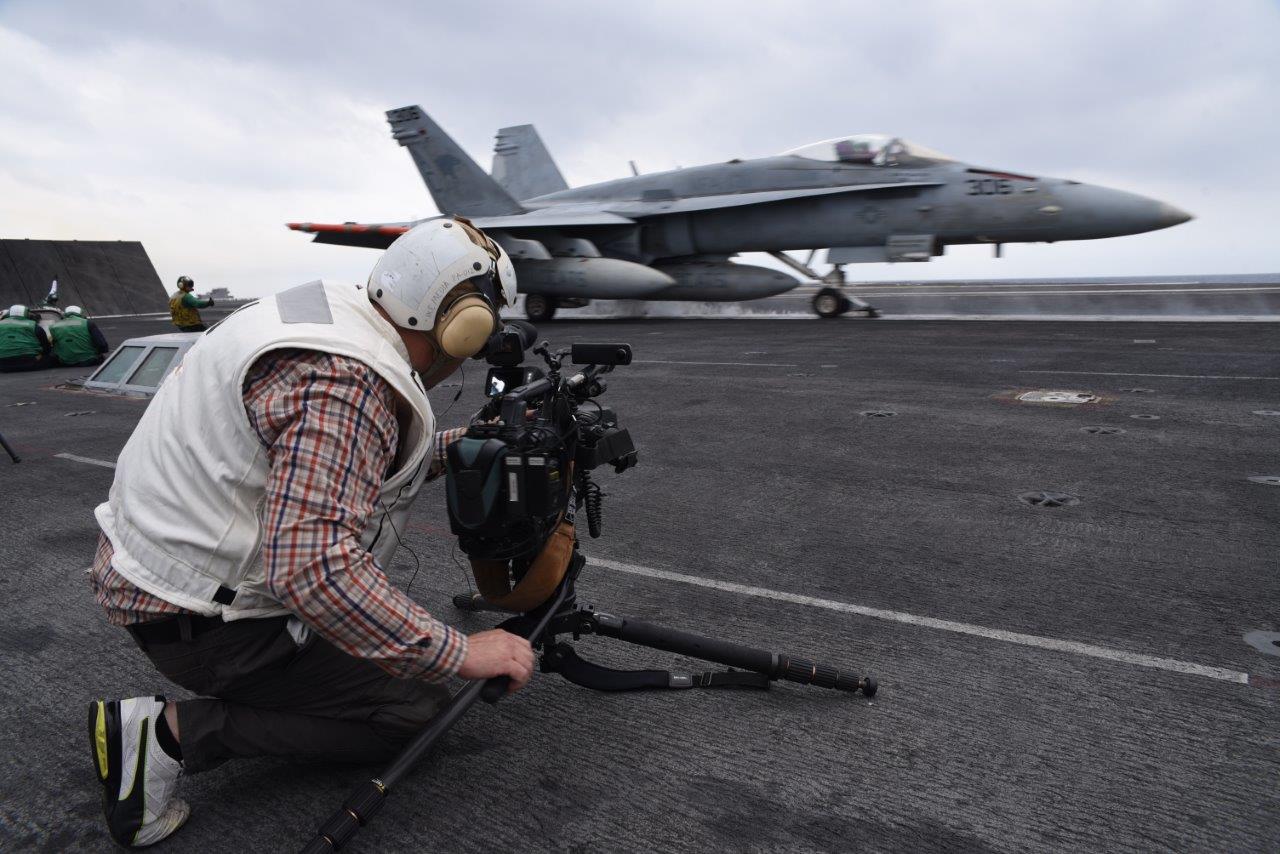 Roughly five thousand crew members call the Norfolk based carrier home. On board a sea of humanity, helos and jets.

“I come up at 7 p.m. and I work till 7 a.m.,” said Snyder. “We always say keep your head on a swivel so it is important especially moving aircraft.”

Her colleagues watch every hand signal. Parking the machines with precision.

“Inches. Inches. Very. Very tight quarters down here,” said Snyder. “It is rewarding when you see the outcome. It is safe. I didn’t hit anything. Everyone is safe. Ten fingers. Ten toes. So it is very rewarding.”

Aboard the USS Dwight D. Eisenhower

During the training exercise a never ending booming ballet unfolds on the flight deck where Supersonic jets and cargo planes roar into the sky.

The choreographed dance lasts all day and well into the night.

“It never gets old,” said Furtner. “This is what makes Navy pilots the best in the world.”

High flying pilots may get the glory but they quickly heap heavy praise on fellow sailors on and below deck.

“They do a great job of coordinating us and making sure we’re not in a dangerous scenario,” said Furtner.

To watch a 360 interactive video of the aircraft carrier, click the player below. If you are on a mobile phone, click here to see it.

Another high flying place? The ship’s media department. During our overnight visit these journalists were named the best in the Navy.

Navy reservist and professional actor Scott Wichmann from Richmond is humbled joining this staff as a story-teller.

“It is a thrill. You can’t put a price tag on it,” said Wichmann. “Oh absolutely. It feels like I hit the winning lottery ticket being able to be afloat with the crew of the Ike.”

Richmonder, Petty Officer Nick Moffett works in the ships personnel department. Moffett led us through the teeming hallways to his personal space. His slightly less than five-star sleeping quarters are cramped to say the least.

Moffett leads a team of firefighters through hours of training so they will be ready when emergencies arise.

“If we don’t know what we’re doing then lives are at stake,” said Moffett. “It can get very hot. Very intense.”

His team needs to be ready at moment’s notice.

“So it is super critical that we know what we are doing so we can fight the fire. Combat it and get rid of it,” he added.

Sailors take each job from repairing jets to sweeping the hangar seriously. Back on the bridge a focused Keith Smith steers the Mighty Ike through the Atlantic.

The proud sailor said the enormous responsibility comes with the ultimate bragging rights.

“No pressure whatsoever,” said Smith. “Everyone is out here talking about driving a Lamborghini and Ferraris, but I’m driving an aircraft carrier. They’re kind of impressed.”