HAMPTON, Va. -- Just a day after a minke whale washed up along the shore fully intact, the Virginia Aquarium got a picture that its tail was cut off, affiliate WTKR reports.

Costidis and two other staff members went out to the Grandview Nature Preserve on Tuesday.

He says they got the call about the dead whale on Sunday, but at that time, it was fully intact.

Costidis says it takes about a day to plan logistics and coordinate before they can respond and yesterday they got word the whale's tail was harvested.

"In addition to that being illegal because these are protected under the Marine Mammal Protection Act, it also kind of hamstrung us, because that's the only really good place that we have to tow from," he says. "That meant this whale has to stay here and we have to make the best of a difficult situation."

The Stranding Response Team was able to do a fairly limited exam on the shore and found strong evidence of a septic infection.

They found infection in and around the whale's heart, as well as its lungs and spleen. 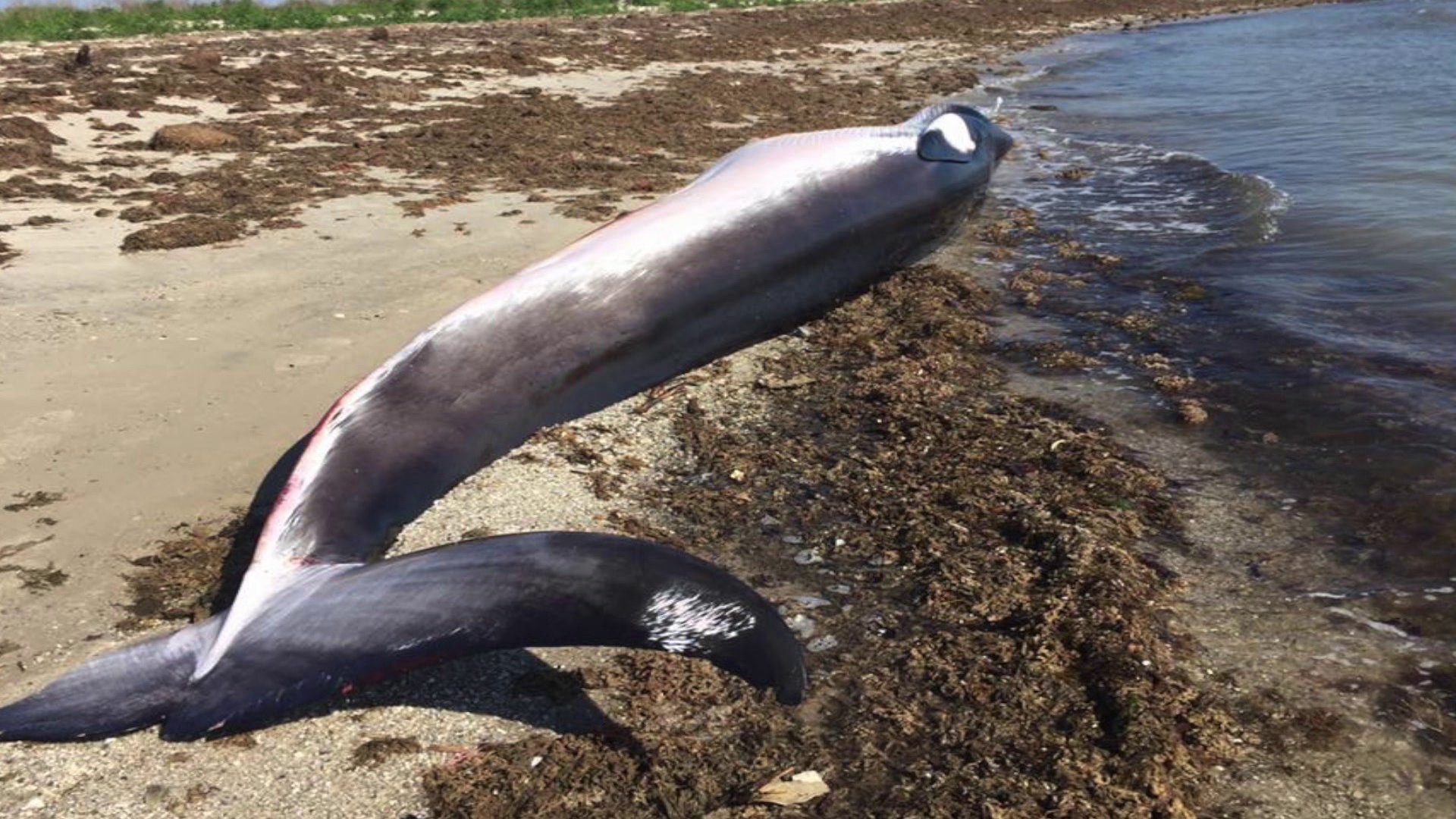 Costidis says the whale will stay where it is to become a part of nature and food to the local wildlife.

As for the person that took its tail, he says, there is no value or market and it will start to decompose.

This is the fourth whale to wash ashore in the Hampton Roads area this year. In the month of February, three whales washed ashore.

The Virginia Aquarium and Marine Science Center is urging anyone that comes across sick or impaired sea turtles, seals, whales or dolphins, to immediately call them at 757-385-7575.

Costidis says pictures and video are helpful, but no one should ever get close or touch the wildlife.