Authorities said information on the two people on board will be provided by the Federal Aviation Administration and the National Transportation Safety Board.

The Learjet 35 crashed around 3:30 p.m. about a quarter-mile from the airport in Bergen County as it approached a runway, the FAA said.

There were no injuries on the ground, police said.

The flight departed from Philadelphia International Airport, according to the FAA.

Carlstadt Police Deputy Chief Thomas Berta said the FAA wrapped up its work at the scene late Monday. The agency will work with the NTSB, which is investigating, according to Berta. 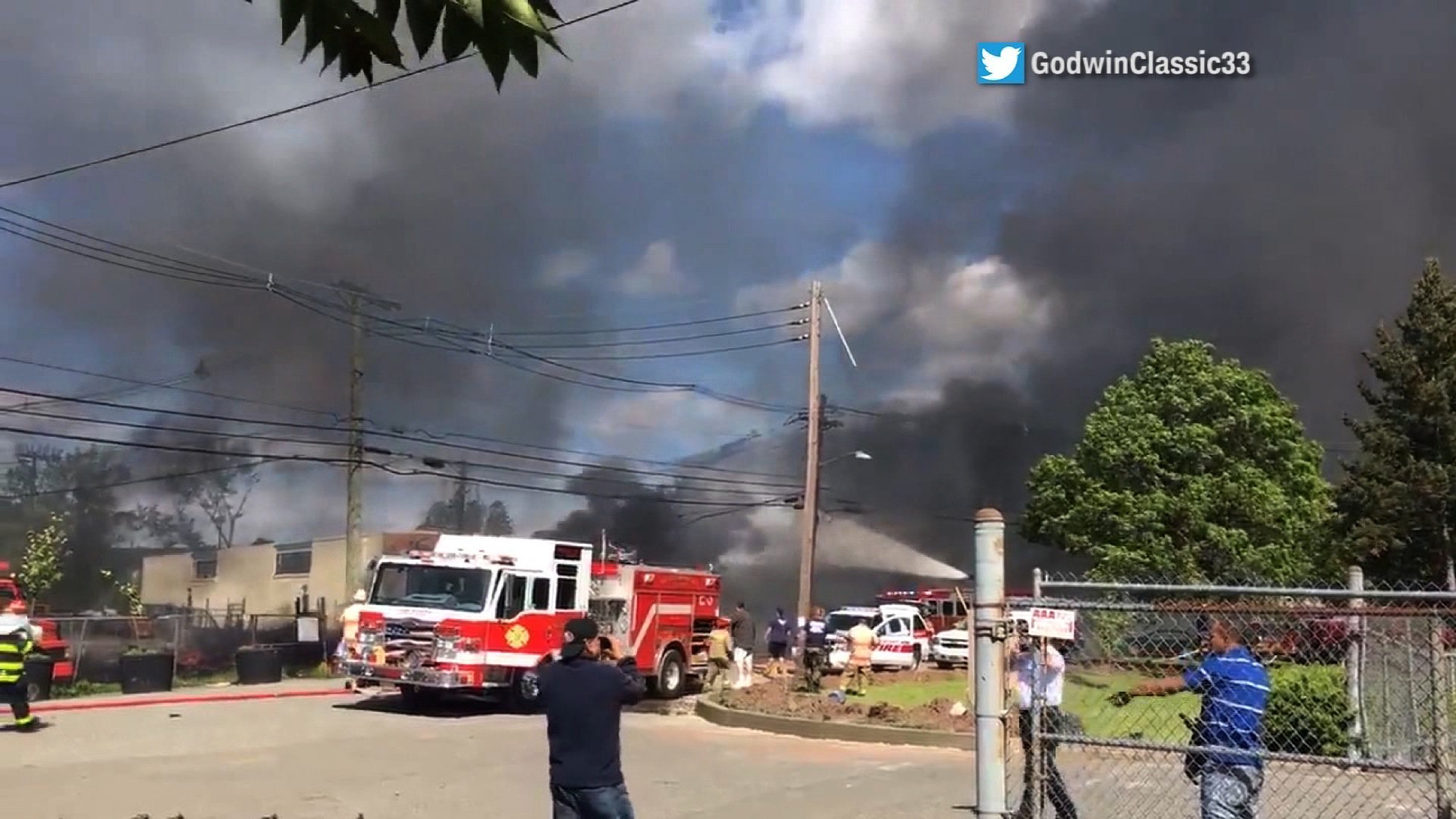 Earlier, police said authorities arrived at the crash scene to find that fire had engulfed two industrial buildings near a Carlstadt Department of Public Works building.

The last employee left the building about 15 minutes before the crash and locked the gate, Lahullier said.

“When we got there, in the middle of the fire … our gate was still locked, which gave us a good indication that he had already left the building,” the mayor said.

He added: “It’s a miracle. We were all out of there at that time.”

Video from the crash showed smoke billowing in the air.

“You could see parts of the engine,” he said. “They moved everybody else back because they started finding more parts of the airplane over by some of the other warehouse areas.”

The aircraft, which was built in 1981, is owned by A&C Big Sky Aviation LLC in Billings, Montana, according to FAA records. The company couldn’t be immediately reached.

The crash is the 53rd fatal Learjet 35 accident since 1977, according to the Aviation Safety Network.

Teterboro Airport is 12 miles from midtown Manhattan. It handles general aviation and charter flights, according to the Port Authority of New York and New Jersey.

It is the oldest operating airport in the New York and New Jersey metropolitan area, according to the airport’s website.