What’s being done to make dangerous intersections in Chesterfield safer

CHESTERFIELD COUNTY, Va. -- Two intersections along Hull Street Road have been deemed among the most dangerous in Chesterfield County.

Thomas Lyman, who said he has seen a dozen accidents at Hull Street and Courthouse roads, thinks the intersection is unsafe.

"I think too many [are] dodging the lights for one thing,” Lyman said.

The most dangerous intersection with the highest number of accidents is along Jefferson Davis Highway and West Hundred Road.

Nearly 50 crashes were reported there in 2016, resulting in 12 injuries. 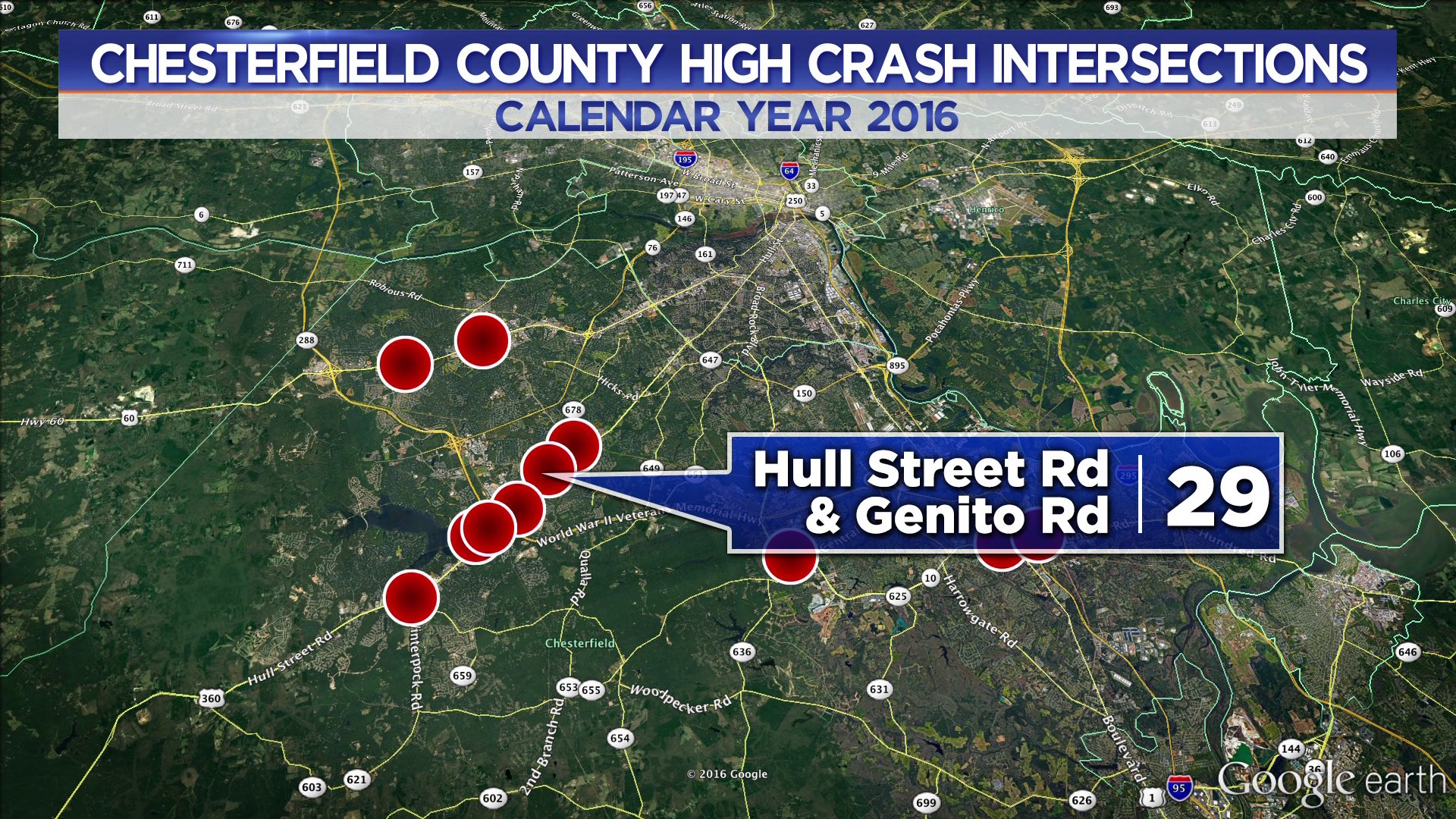 There were 37 reported crashes at Hull street and Courthouse roads during that same time. And 29 wrecks were reported at the intersection of Hull Street and Genito roads.

Theresa Mainward lives and works near the intersection that tops the list.

Jones asked: “What do you think about this intersection topping the list?

"That's amazing. I didn't know that and I've lived here for 15 years,” Mainward she said. "We have an awful lot of things, from schools to everything. We have everything right here."

So what is VDOT and the county, who maintain the intersections, doing to make them safer.

Work will begin in the next two years on a planned road widening project for Route 10 from I-95 to Route 1.

At Hull street and Courthouse roads, VDOT added turn lanes on southbound Courthouse in 2014 and at Genito and Hull Street, the county completed a road widening project in 2014.

Lindsay LeGrand with VDOT said there are various reasons for crashes, but that the agency continues to look at traffic trends.

"A lot of these intersections have traffic flow issues potentially because they are high volume," Legrand said. "We look at increasing the capacity and the number of vehicles that can pass through these intersections each day. So it's important for us to look at those issues and what solutions we can employ.”

And Legrand offered this advice for drivers: adjust your driving to the conditions.

"It’s possible you may want to slow down and keep extra distance between your vehicle and other vehicles around you,” Legrand said. “Just pay extra attention and make sure you are using extra caution.”