HENRICO COUNTY, Va. -- Henrico firefighters responded to a call made around 7:30 a.m. Friday for a house fire in the 13400 block of Elwell Lane, off Gayton Road.

The dad and the oldest child were at home when they discovered smoke coming from the home's attic and called 911.

No one was injured and the family of four and two dogs were able to safely exit the home, officials said.

"Crews, recognizing that the fire conditions were worsening by the minute, took hose lines to the third floor in an attempt to slow the progress of the blaze," Henrico Fire spokesman Capt. Taylor Goodman said. "When it was determined that exact location of the fire was going to be difficult to pinpoint due to the zero visibility and high heat conditions, a ladder truck was used to spray over 1000 gallons of water per minute to bring the fire under control. Two additional fire engines were called to the scene to assist with firefighting efforts, along with securing additional water for the ladder truck."

According to Goodman, the home's third floor suffered major damage.

Crews knocked out the fire within an hour, and the fire marshals are investigating what sparked the blaze. 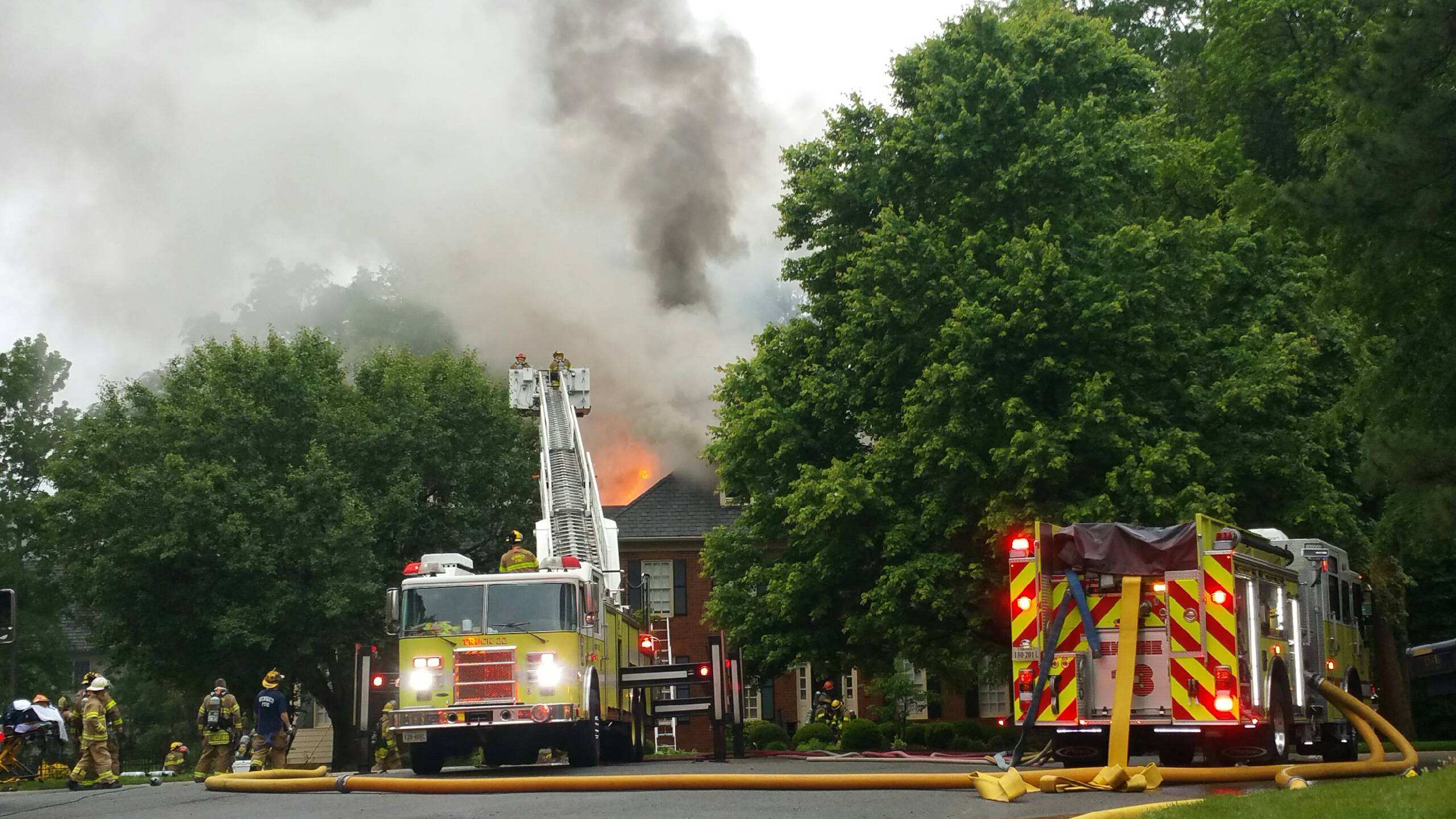