Goldie gets emotional while looking around at all the first-time expectant mothers in the audience and Amy reminisces about meeting Goldie for the first time, sharing how Goldie surpassed all her expectations.

Amy recounts a hilarious story of being invited to Goldie and her partner Kurt Russell’s house for dinner and upon opening the door, Kurt greeted Amy thinking it was their first time meeting, forgetting he sat beside her at the Golden Globes. 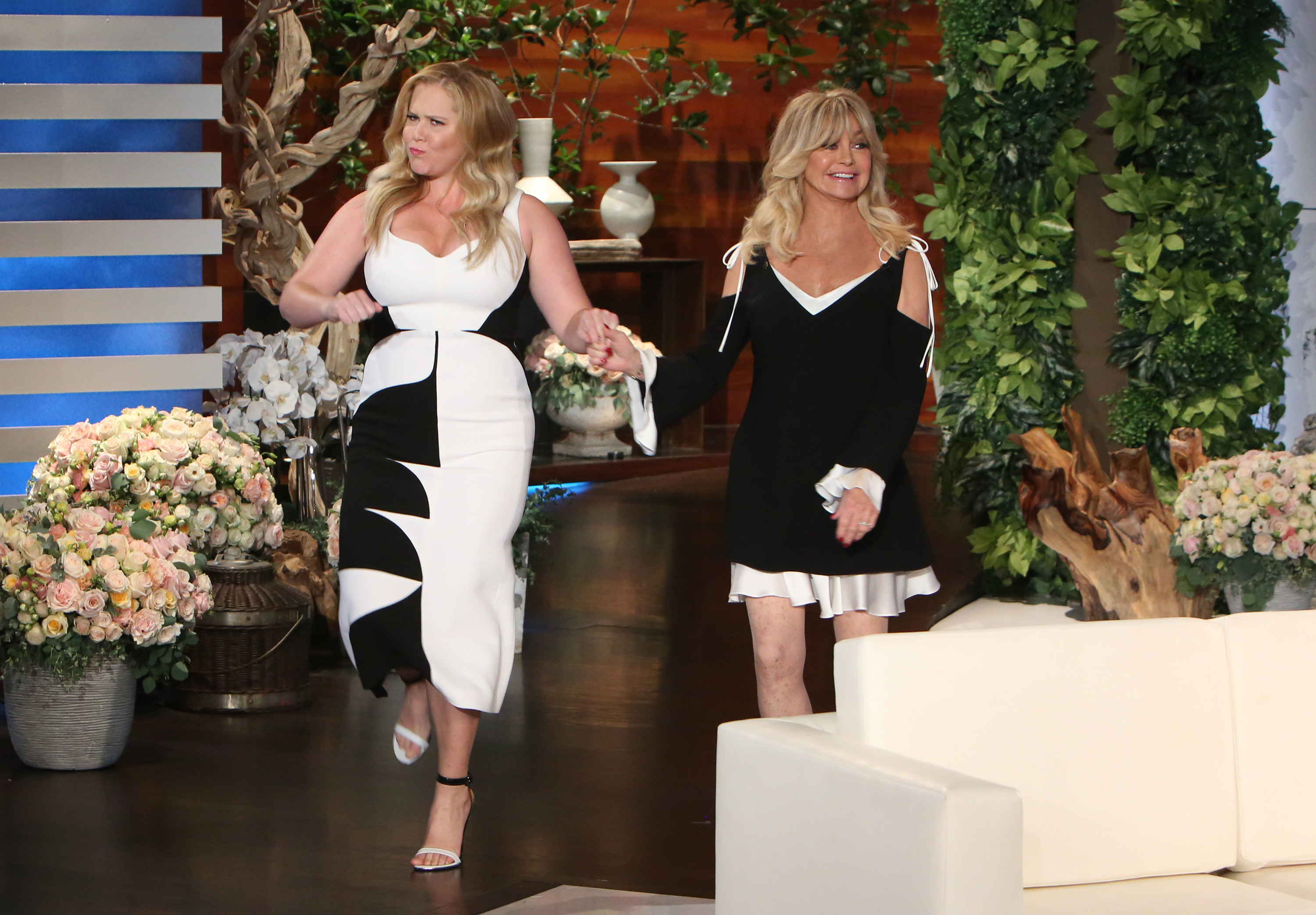 Amy and Goldie chat about drinking with their co-star Wanda Sykes while filming “Snatched” and joke they always wore fitness attire in case an opportunity to workout arose. Amy also talks about an “artistic” scene from the film where her breast is out and how overly considerate everyone on set acted towards her.

Additionally, Amy shares that her father Gordon, who suffers from Multiple Sclerosis, is Goldie’s biggest fan and she will never be able to thank Goldie enough for meeting and spending time with him.

Plus, Ellen, Amy, and Goldie play “Never Have I Ever” and Goldie reveals some of her wildest escapades.