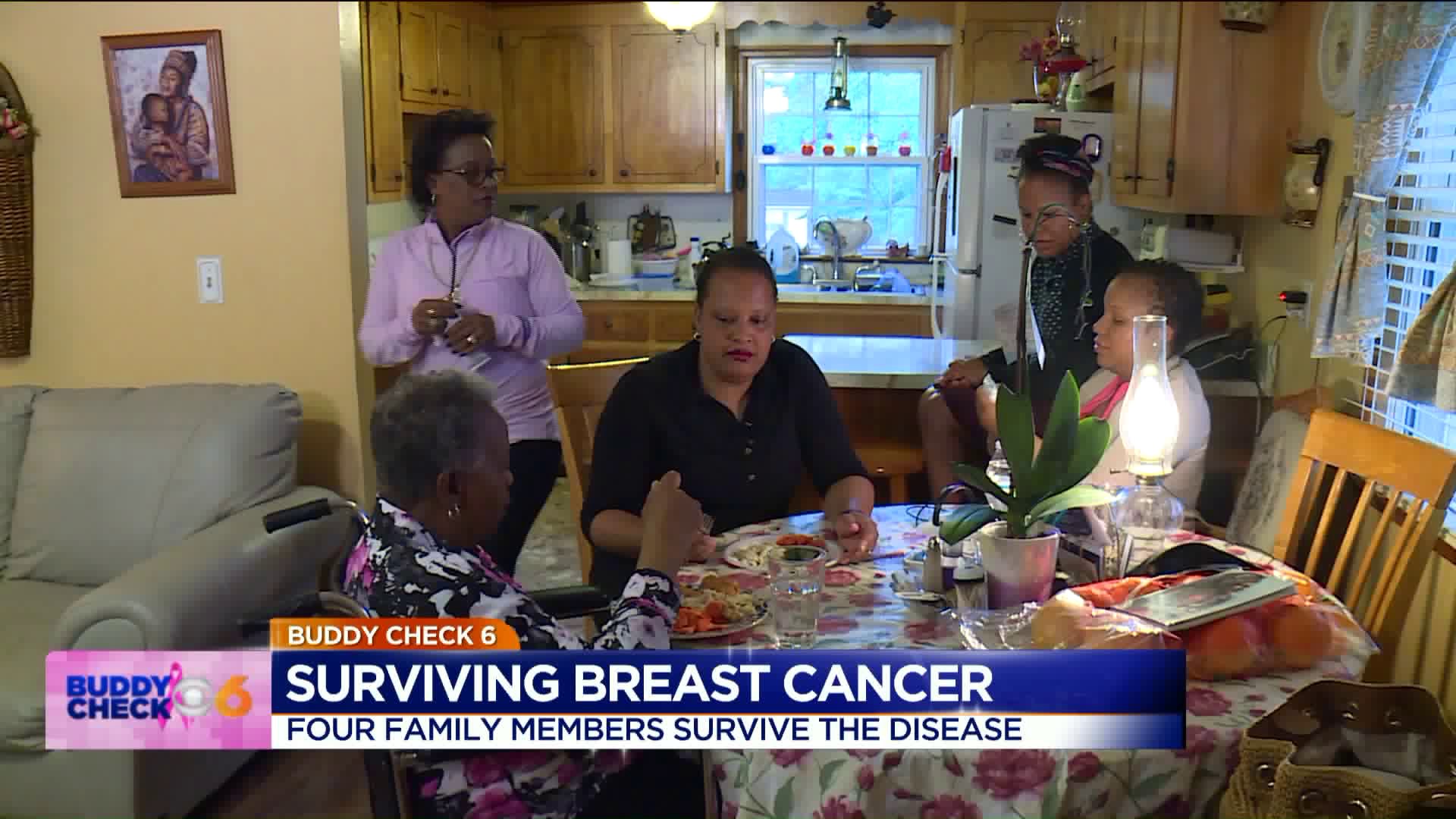 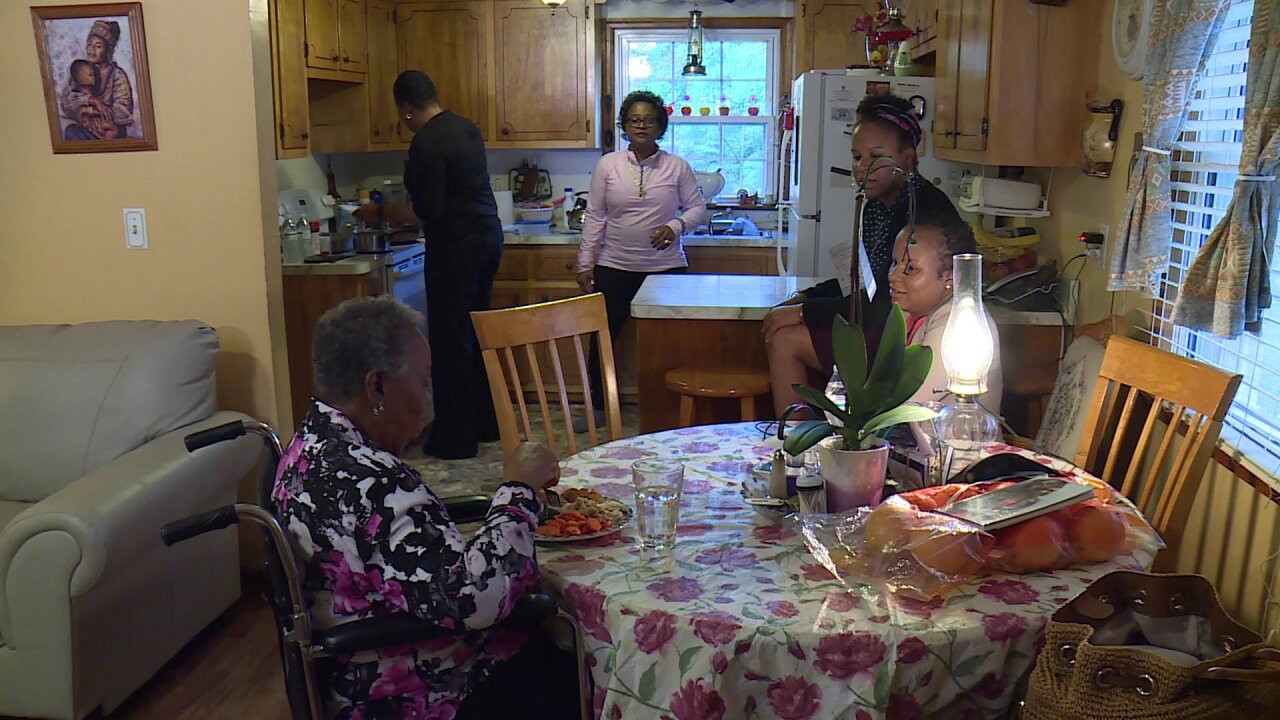 RICHMOND, Va. -- Breast cancer is a diagnosis that can devastate any family, but imagine what it is like when four women, three generations of the same family, are all told they have the disease.

Four women in one family over three generations were all diagnosed with breast cancer.

“When you hear cancer, you say, 'Oh my God, death ,” Tressy Smith said.

Sisters Tressy and Michelle, Tressy's daughter, Tabatha, and "Mama" are all on a journey that no one wanted to take.

In November of 2011, the youngest sister, Michelle, was the first to be diagnosed.

"I did my self exam and felt a lump,” Michelle explained. "I just prayed a lot.”

Michelle would eventually go through eight rounds of chemo and a mastectomy. Besides the hair loss, she had very little side effects.

Her sister Tressy was one the first people she told about her life-changing diagnosis.

Tressy did feel Michelle's lump and the very next day felt the same kind of lump in her own breast.

After Tressy said one doctor told her it was all in her head because of Michelle's recent diagnosis, she switched doctors and received the news she suspected in February of 2012.

Now, both sisters were battling breast cancer together.

For their mother, the news that her two daughters had cancer was too much.

"It just came down on me. I just cried and cried,” Mildred O’tey, Tressy and Michelle’s mother, said

Tressy had a double mastectomy, opting to remove both breasts -- even the healthy one -- as a precaution.

"I didn't want to take that chance because that's always going to be in the back of my mind,” Tressy said.

The family gathers in the kitchen.

The sisters leaned on each other and their faith even more.

Then in September of 2015 their own mother received the same devastating diagnosis.

"We're like looking at each other and said, 'Really? This can't be true,'” Tressy remembered.

The sisters said fear kept 77-year-old Mildred from telling the family that she too was fighting breast cancer. They said their mother believed she already lived a long life.

Michelle was the one who noticed Mildred might have been fighting it for a while after watching her mother change clothes.

"What she saw was the breast was completely gone. It was a sore the size of a quarter. Black as my fingernail polish,” Tressy said pointing to her nail.

Then, a year later their world was rocked again, when 24-year-old Tabatha was diagnosed.

"I always thought maybe later on in life I would have been diagnosed because of everybody else in my family, but not right now. At 24, it was definitely devastating,” Tabatha said.

Because of her family history and she felt a lump, Tabatha pressed doctors to do a biopsy. That's when the cancer was discovered. Tabatha underwent chemo and the tumor was removed with her mother and twin sister close by.

"We know that a family history is a risk for getting breast cancer," Dr. Mary Helen Hackney with VCU Massey Cancer Center said.

Dr. Hackney, who treated all four women, said that while the family didn't have the BRCA 1 or BRCA 2 gene that's linked to cancer, she warned other family members should be proactive and get a mammogram or other imaging done at an earlier age.

"When you start to see that cancer crop up in their 40s, you're looking at generations up and down," Dr. Hackney said. "You're looking laterally.”

Dr. Hackney suggest if a family doesn’t have the BCRA 1 or BCRA 2 gene, they can store their tissue in a “tissue bank” to be tested to see if there is a gene that’s increasing the cancer risk in one particular family.

All four women beat cancer the only way they know how: together and with prayers.