The storm closed schools in King and Queen County, knocked out power to thousands of Dominion Virginia Power customers, and damaged trees and homes around the region.

A tree fell on a home on Boisseau Road in Prince George County. The homeowner told CBS 6 senior reporter Wayne Covil that she heard a loud bang, then discovered rain pouring into her home.

No one was injured in that incident. 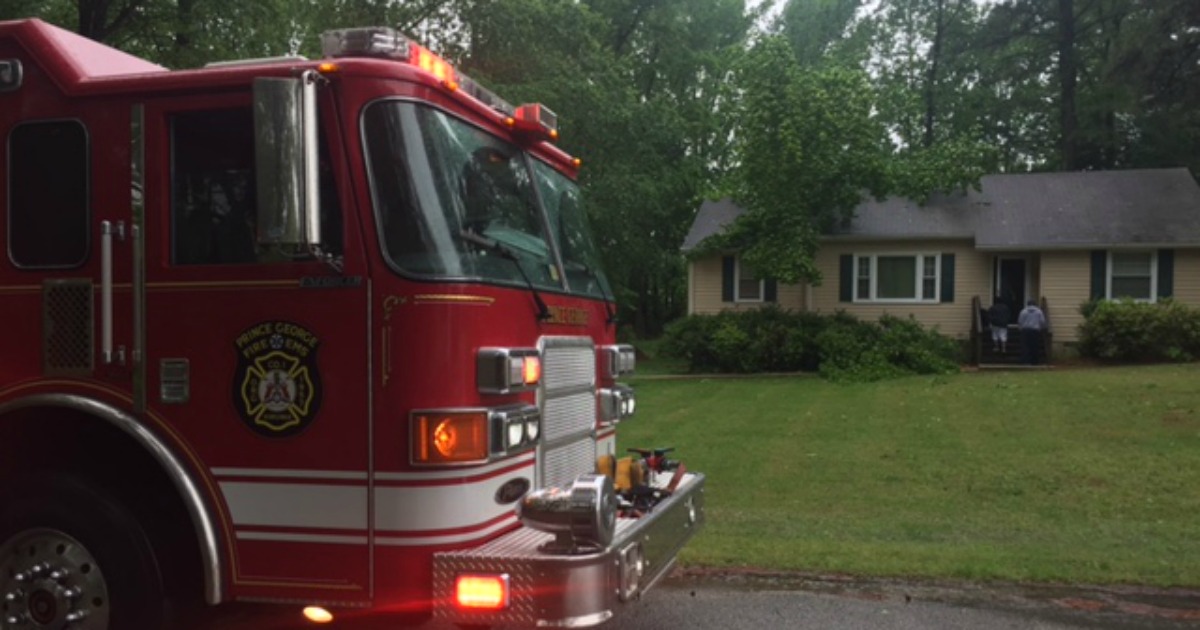 Other storm damage was reported in parts of Chesterfield and McKenney, Virginia -- where a barn or garage on Route 40 was destroyed.

A Dinwiddie County Deputy said the storm caused a fertilizer/farm shed on Route 40 near Baskerville Mill Road to collapse. No one was hurt, but portions of Route 40 were blocked for clean up.

More than 6,000 Dominion Virginia Power customers were without electricity at 8:45 a.m. Friday.

The majority of the power outages were located in Petersburg, New Kent, and Charles City.

Earlier on Friday, the majority of outages were reported in Powhatan.

During the storm, a tractor trailer jackknifed on I-95 north in Prince George County.

The accident blocked both lanes of northbound traffic at mile marker 40.9 near Courtland.

Traffic was getting by on the shoulder, according to Virginia State Police.

I-95 crash in Prince George County

The timing of the storm made it hard on students and teachers heading to school.

Schools in Chesterfield, Henrico, and Richmond did delay opening despite the Tornado Warning.

"Chesterfield buses may be slightly delayed this morning, as we follow our severe weather transportation protocols," Chesterfield Schools alerted via Twitter at 7:45 a.m. "Several secondary schools went into shelter-in-place based on the tornado warnings. These students are being released to their classes now."

Thank you for your patience this morning as we work to keep our students and staff safe!