MOSELEY, Va. -- A woman who has lived at a home in Moseley for 20 years said she has never experienced anything like the storm that tore through her neighborhood Friday morning.

Kim Whipp said she was watching TV when she heard a loud noise that she likened to a train.

"Just like I was sitting on the tracks with it," Whipp said.

She heard the sound coming from the bedroom and grabbed her dog, Maxwell.

"We took off to the hallway because all of the sudden it was just a big burst of light," Whipp remembered.

Once the storm passed, she called her husband Kevin to come home.

"She said, 'It looks like a bomb went off out here," he said. "I said what are you talking about," Kevin Whipp said.

When Whipp pulled into his driveway, he said what he saw was "insane."

"I thought to myself, 'You got to be kidding me,'" he said about seeing uprooted trees, snapped branches and debris scattered throughout his backyard.

One of those trees destroyed his garage and storage shed.

"I was more concerned about [my wife], and my dog, and my family than anything," Whipp said.

While crews replace the downed power lines from the storm, the Whipp family is happy no one was injured.

"It was very disturbing what came through here today," Kevin Whipp said. "I mean... it was just crazy."

Now, the long and tedious process of cleaning up begins.

"I don't ever want to live through that again," Kim Whipp said. 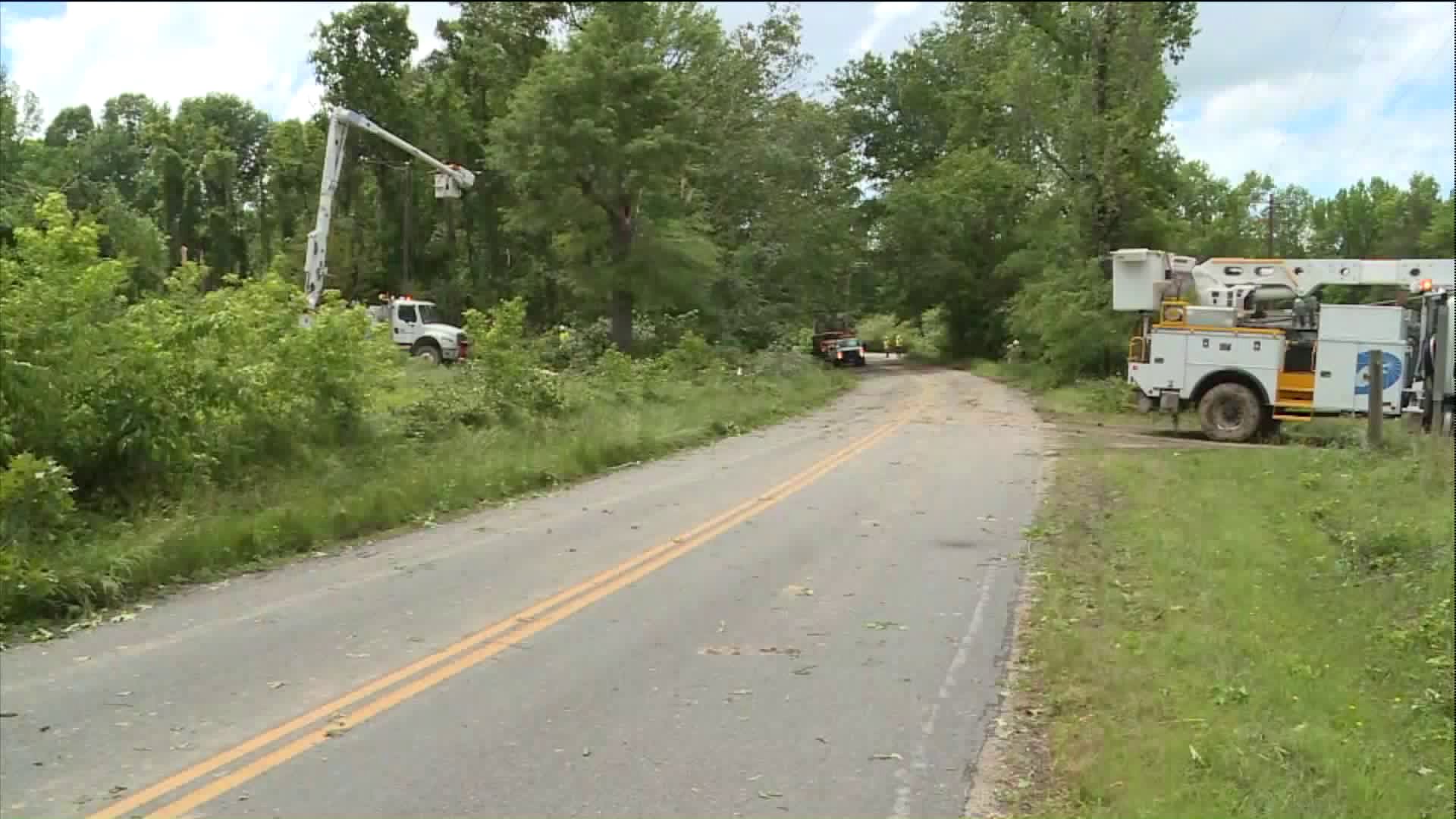