NORFOLK, Va. -- With tensions mounting between the United States and Russia, the U.S. military is moving its new stealth F35 fighter jet to Europe for the first time for training.

In his latest “I Have a Story”, Greg McQuade climbed into the cockpit and meet a former sailor who says the new technology will help protect American pilots.

Inside a hangar at Naval Air Station Oceana, U.S. Navy pilots line up to take control of the military’s newest jet. It is called the F35 Lightning II.

“The F35 represents the next generation of multi-role fighter aircraft,” said Johnson. “All of the US forces. The U.S. Air Force. The U.S. Marines and The U.S. Navy will be flying the F35.”

The F35 Zooms at nearly twice the speed of sound and reaches thousands of miles on one tank of fuel without ever leaving the ground.

But this round of flights, lasting roughly ten minutes, never leave the ground.

“It is a quantum leap forward in technology that allows the pilot to get into enemy territory than ever before without being detected,” said Johnson.

Navy pilot Dan Bense feels the adrenaline coursing through his veins in the cockpit.

“It nearly flies itself,” said Bense. “This technology is fantastic and we’re eager to get it out to the fleet.”

With a price tag around $120 million per jet for the U.S. Navy carrier version - critics call the F35 a waste of taxpayer money.

Lockheed Martin’s, Tom Halley, who used to fly F-18’s in Virginia Beach, said the ultimate fighter jet is designed to keep American navy pilots like his son alive. And there is no price on that.

“It is going to greatly increase the strike capability of the carrier. The skin on this aircraft. The landing gear. It was built for the carrier environment,” said Halley. “I know if (my son) goes into this aircraft there is a better chance of surviving high threat environments than any other fourth generation aircraft.”

Greg McQuade, who has zero flying hours under his wings, took the F35 for a simulated spin. 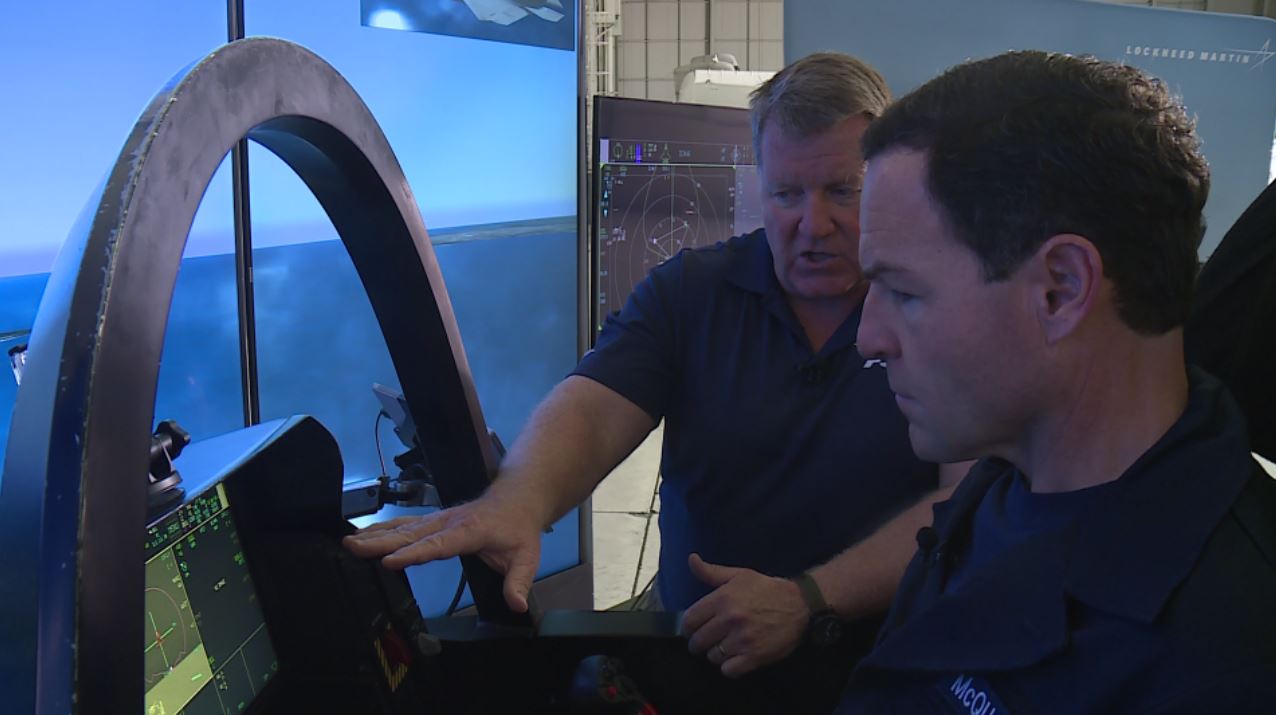 Under the watchful eye of an engineer McQuade flew over Hampton Roads, Virginia Beach and the Atlantic. Finally landing on an aircraft carrier without a scratch.

The United States Navy is expected to receive its first delivery of F-35 jets sometime in 2018.

If you have an interesting tale to share on “I Have a Story” email Greg McQuade at gmcquade@wtvr.com.