CHESTERFIELD, Va. -- A storm that produced an EF-1 tornado in Dinwiddie, hit with a powerful punch in other neighborhoods.

In the Chesdin Park subdivision off Hickory Road in Chesterfield County, dozens of trees were downed.

Some fell on roofs, and some took out several pools and decks.

Some in this neighborhood heard a distinct sound as the storm approached.

“I heard a boom, boom, boom, which I knew was transformers and then I heard this loud noise and then we go here, we went under, in the bathroom under the steps and it was like a loud, loud train,” said  Lynn Stell, whose house was damaged by falling trees.

Meanwhile, just about 30 miles away, the National Weather Service confirmed a storm survey team determined damage from Friday morning's storm in the McKenney area of Dinwiddie County was consistent with EF1 tornado.

The storm tore down a farm shed on Route 40, near Baskerville Mill Road.

No injuries were reported in the building collapse.

Fire crews shut down a portion of Route 40 while damage clean up and an investigation was underway. 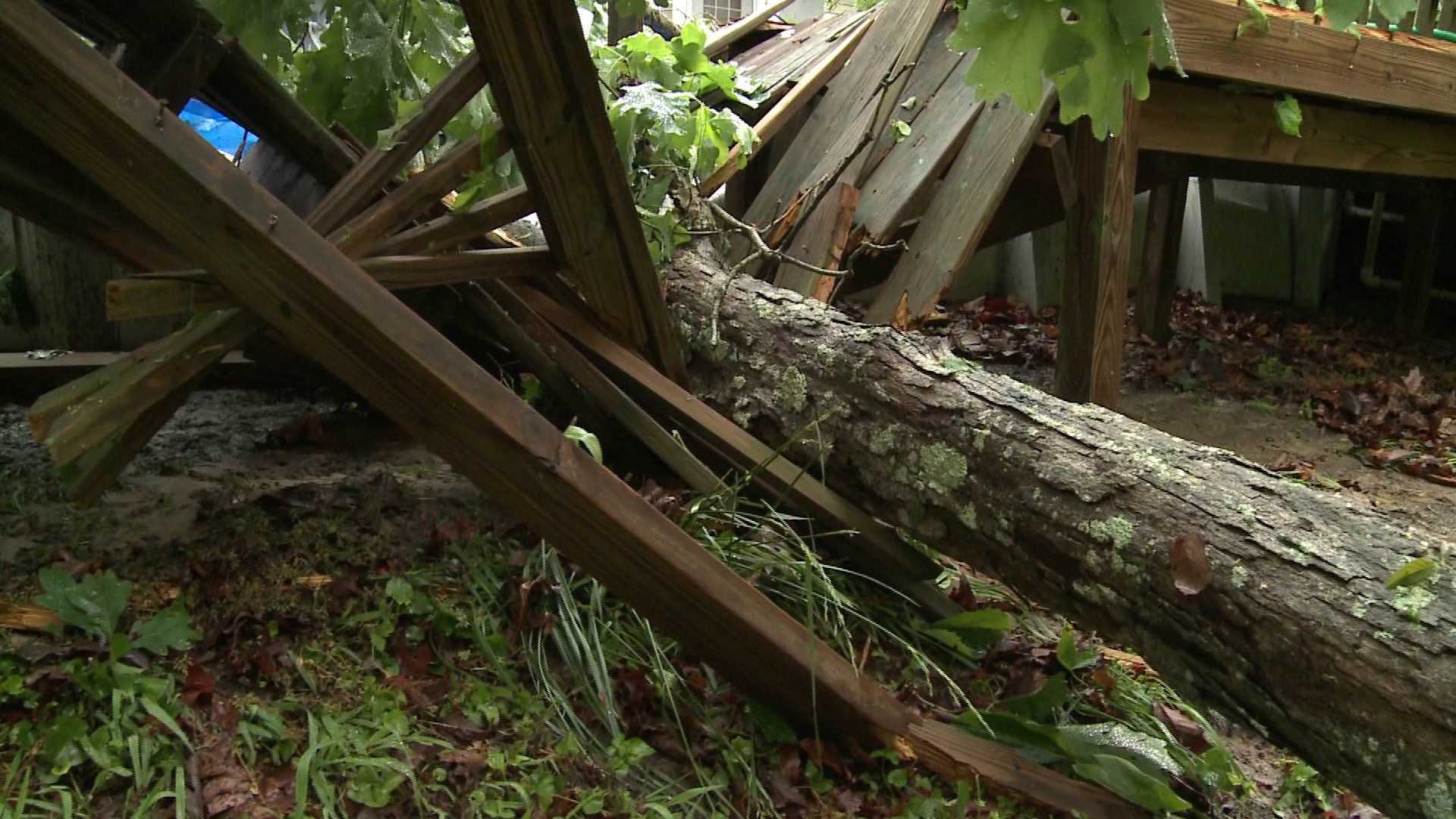