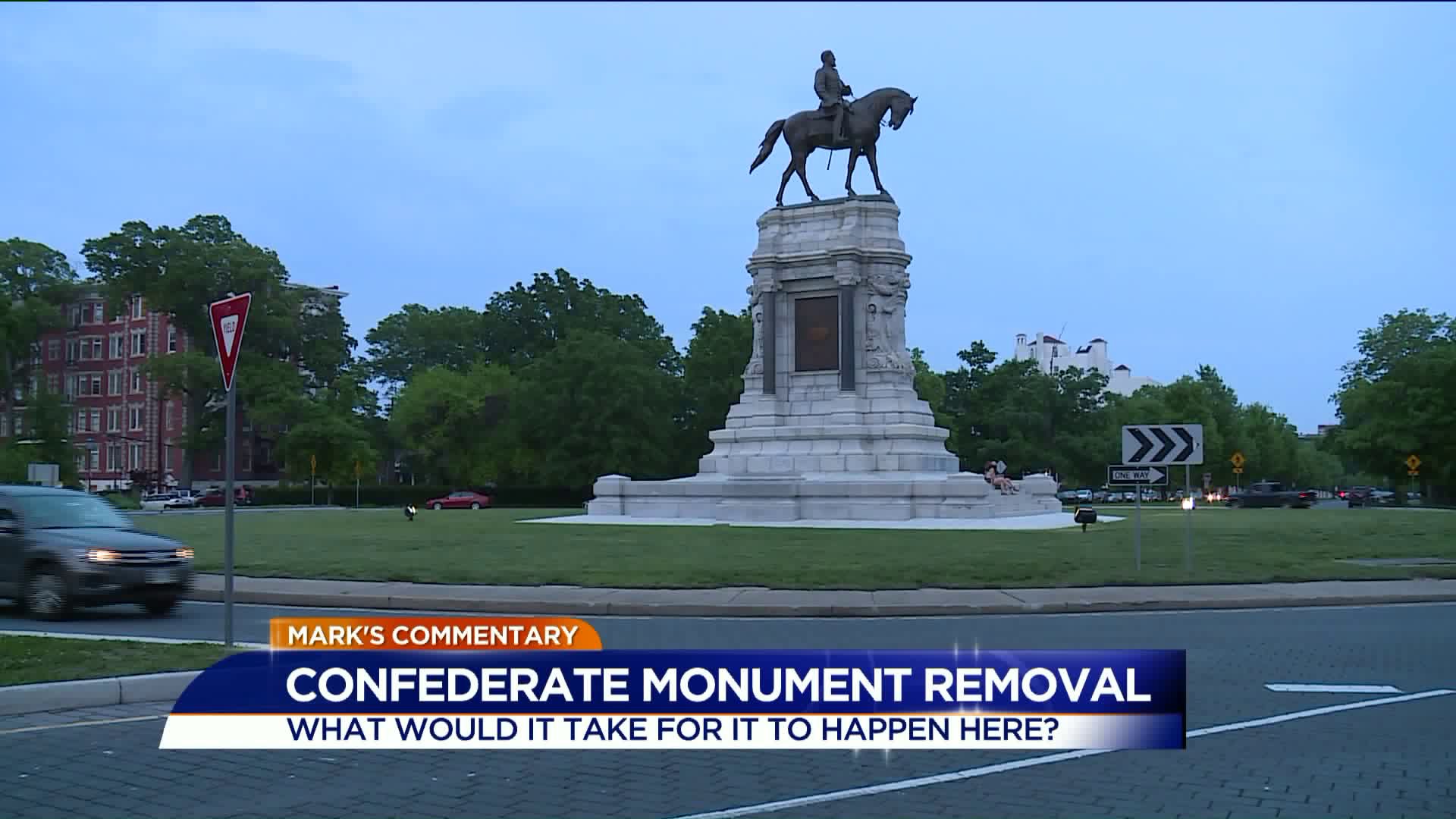 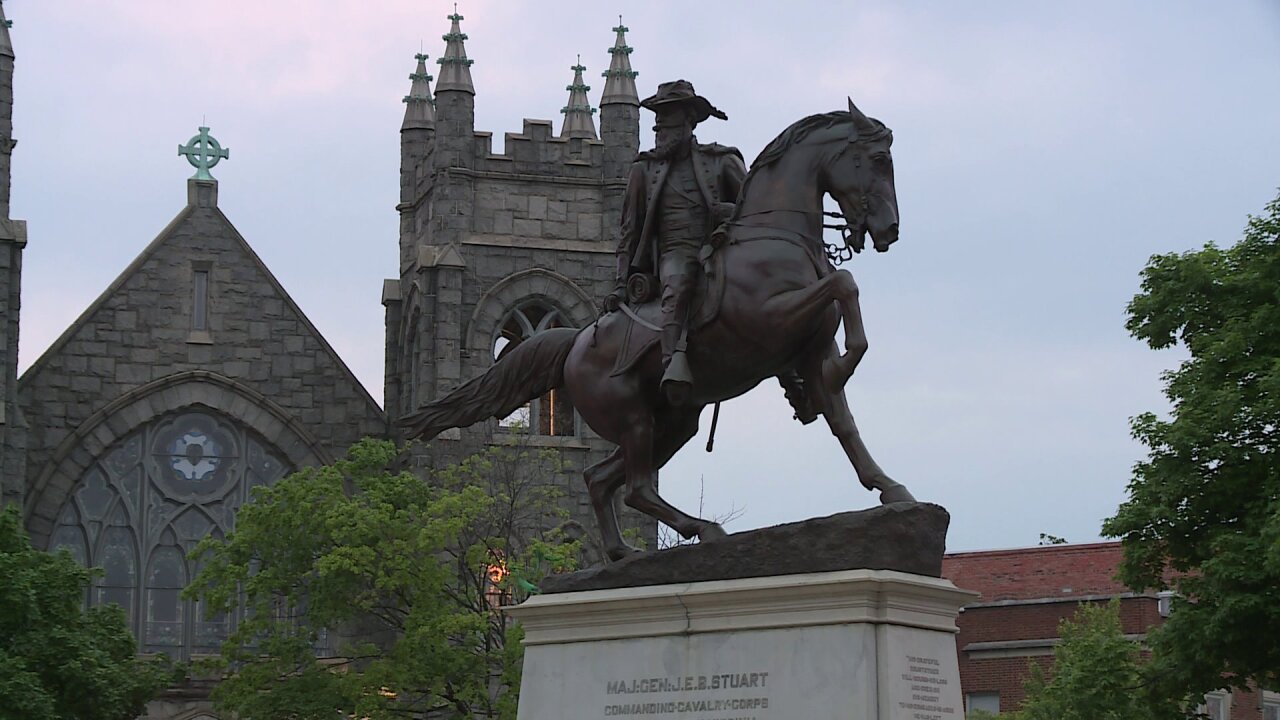 RICHMOND, Va. -- Here we go again with out semi-annual spring spasm about tearing down the Confederate statues on Richmond's Monument Avenue.

This week in New Orleans they took down the Battle of Liberty Place monument, basically under cover of night with workers wearing masks to hide their identities for their protection. Coming down next are Jefferson Davis, Gen. Beauregard and Robert E Lee.

And Charlottesville city council recently voted to sell their Robert E. Lee statue and rename his park there.

Stir in comments from our new mayor about "contextualizing" our monuments and - viola - rumors of dadburn Yankees comin' with bulldozers a-rumblin'.

It's all part of a national self-evaluation about honoring Confederate leaders.

What will happen here?

More to the point: who owns our monuments? What protections do they have?

Mark Holmberg chats with folks sitting at the base of one of Richmond's landmark monuments.

Our monuments are a rock-solid part of Richmond's $1.7 billion dollar tourism industry.

We have some of the oldest Confederate monuments, and the most prized.

The whole avenue is a national historic landmark. The U.S. Park Service says "Monument Avenue is the nation's only grand residential boulevard with monuments of its scale surviving almost unaltered to present day."

Famously monumental cities like Paris love our avenue not because they're whistling "Dixie," but because of the way our grand architecture grew around the superb layout led by the placement of the monuments. It's just classic stuff.

(France also built and shipped us the Lee monument, much like the Statue of Liberty. In fact, Gen. Lee, was first erected there.)

It should be noted that the placement of the Lee monument, our oldest, was debated from the very start, almost exactly as we're doing today.

So our city - a huge slave port, auction block and gallows, the former Capital of the Confederacy - has been having this discussion for 127 years, perhaps longer than anywhere else.

We added the Arthur Ashe monument to the avenue and will likely add others. (Why Maggie Walker couldn't have been the first female is beyond me.)

These monuments were built on donated land with privately-raised money, and then eventually turned over to the city.

Except for Lee, who is owned and maintained by the state.

Plus, there's a thin but still significant layer of protection that comes with our avenue's unique - yes, unique - national historic designation.

Our new mayor Lavar Stoney has vowed to fulfill a campaign promise to add context to our monuments.

What will that look like? Who will be at the table to shape this so-called contextualization? How can we bridge the divide that started the Civil War and lingers today? (If the Civil War Trail Committee people don't have a prominent seat, I'm leading a protest. They know how to walk the line.)

I'm told an announcement will be made in late April or early June.

Bottom line: you can listen all you want for the rumbling of bulldozers, but they will be coming not to knock down monuments, but to help build up this historic city as its star continues to rise.

HOLMBERG: Let’s tear down the OTHER monuments to racism and division