Petition aims to protect dogs in Va. from extreme weather 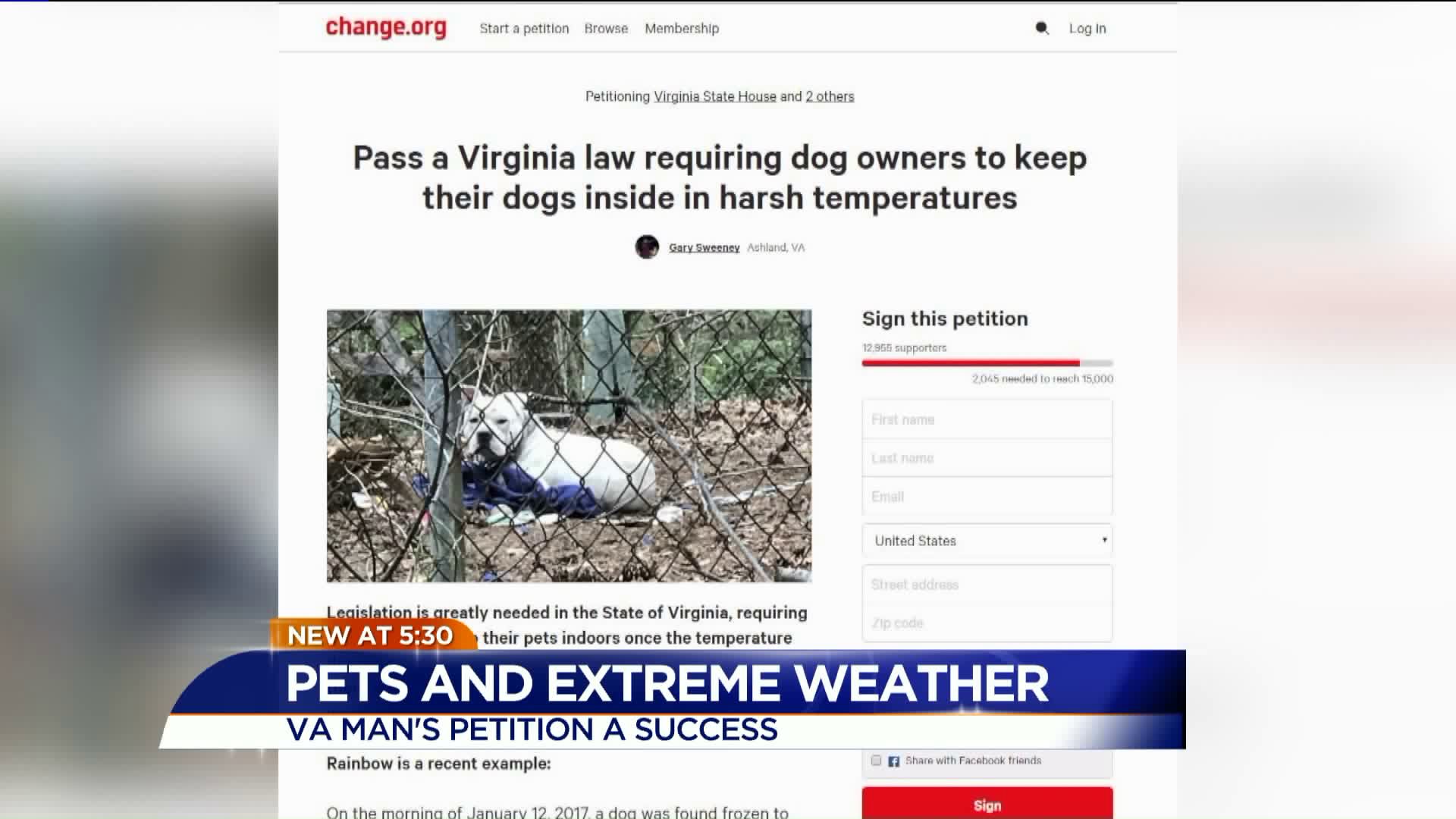 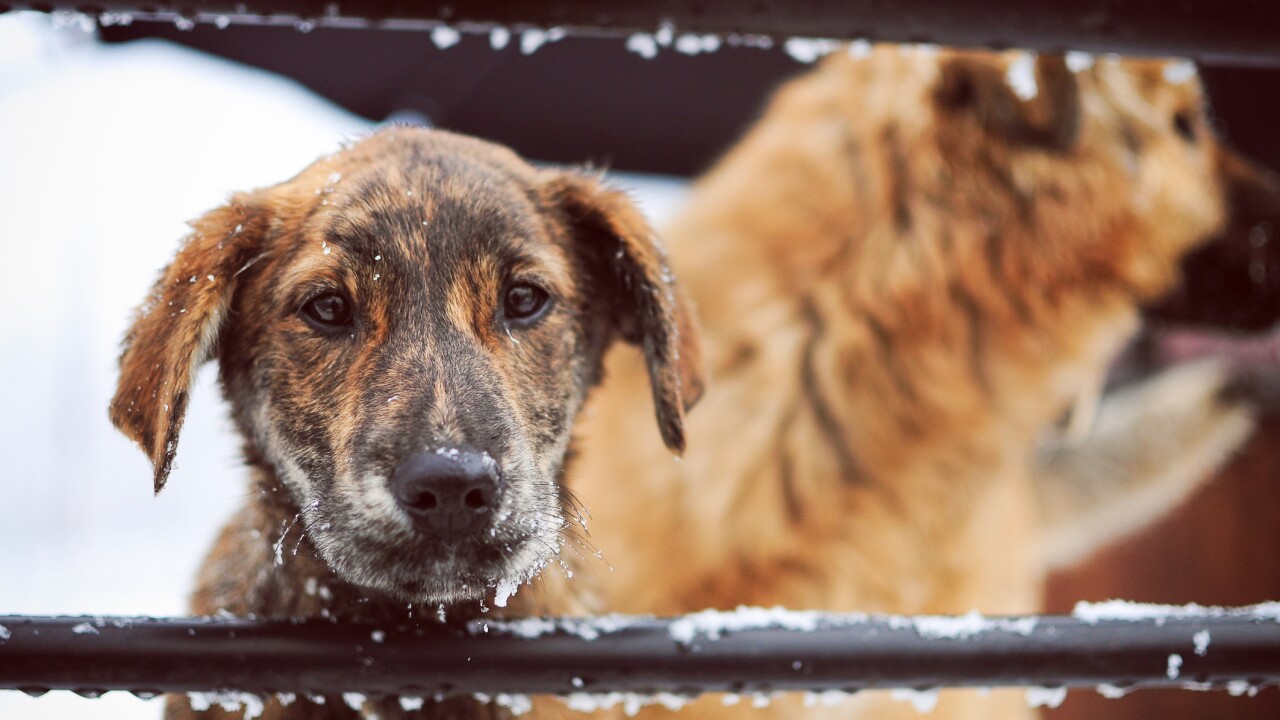 RICHMOND, Va. -- There is a movement to pass a new law in Virginia designed to protect dogs during extreme weather.

More than 13,000 people have signed a Change.org petition asking state lawmakers to bring forth legislation that would require dog owners to keep their pets indoors once the temperature drops below 35 degrees or gets above 85 degrees.

Gary Sweeney, who drafted the petition, told WTVR CBS 6 he has a meeting scheduled in June with a state legislator who is a member of the House Agricultural Subcommittee, which is where most animal laws originate.

Similar laws and ordinances have been passed in Washington, D.C, Massachusetts, Illinois and Indianapolis.