CHESTER, Va. -- An oil slick on the James River closed the boat landing at Dutch Gap in Chesterfield County Sunday afternoon. By Monday morning it had reopened.

Chesterfield Fire and EMS spokesman Lt. Jason Elmore said crews received a call from a boater who spotted a large amount of motor col in the river at 4:30 p.m.

When fire crews arrived, they spotted a slick of motor oil that appeared about 30 yards from the shore and stretched about 100 to 150 yards down the river.

As a result, hazmat and fire crews as well the Coast Guard and the Department of Game and Inland Fisheries (DGIF) responded to the scene.

While the spill shutdown the boat landing, officials said vessels returning from the river were able to come ashore.

Officials originally said that is was too soon to tell how bad the spill is and what its environmental impact will be. After further investigation, a representative with DGIF said that it looked like someone spilled oil on shore and it seeped over into the water.

"We have to make sure we take the right steps initially, so there is a lot of examining and researching what do we have, what do we do, what do we apply here," one official explained.

The oil did not get into the channel and officials said the spill is not active. Chesterfield police and fire marshals are investigating the source of the spill. 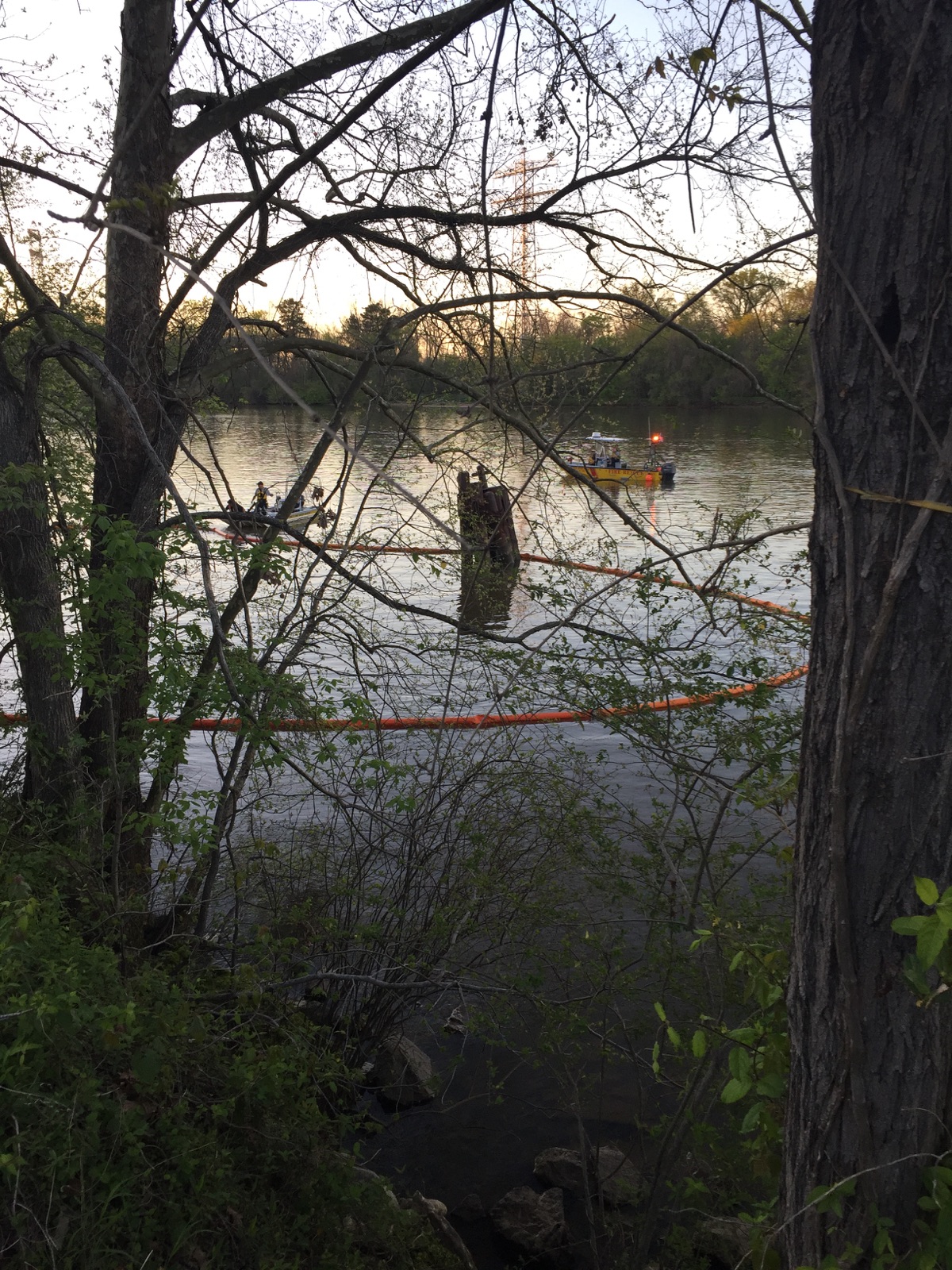