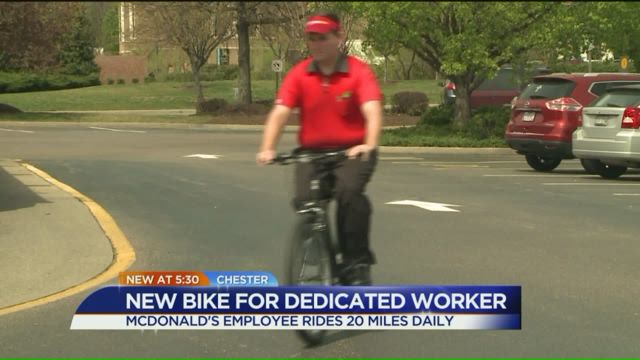 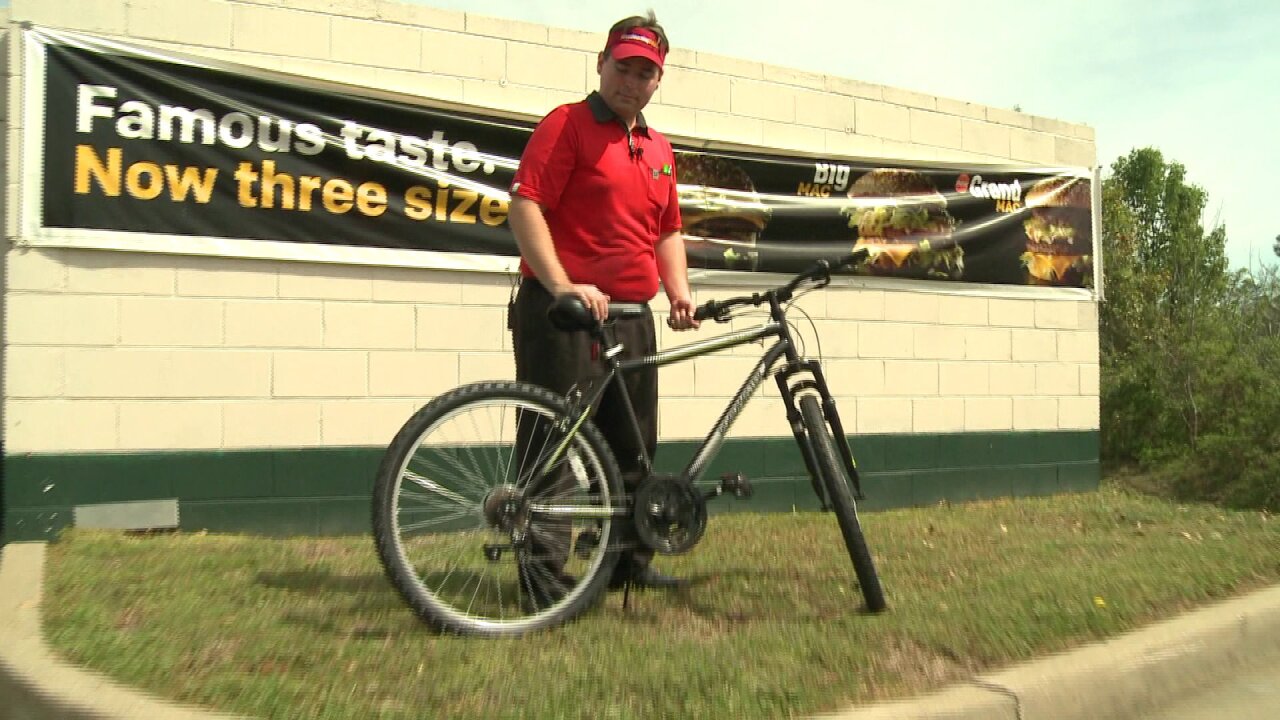 CHESTERFIELD COUNTY, Va. -- Erie Perry loves his job at McDonald's, so when his when his only means for transportation broke down, he walked 10 miles to the Route 10 restaurant every day.

Perry normally rides his bike to work, but that was no longer an option as it broke down after years of wear and tear.

"It was just broken down, just weathered, worn down from multiple rides to work, to and from," said McDonald’s manager Denise Cantu.

He started working at McDonalds a year ago but has no transportation.

Perry started working at McDonald's more than a year ago. Early on his work ethic became apparent to his co-workers and managers.

"He is so dedicated, he's going to be here," said Cantu.

That type of dedication also caught the attention of a customer.

When Karen Craven learned Perry had to walk 20 miles a day to and from work, she knew she had to help.

Craven turned to social media to see if she could get Perry some help.

Within minutes the post caught the attention of her friend Amy Taylor.

"This is somebody that's chosen to continue to move forward, when it would have been real easy for him to give up and not many people do that," said Taylor.

Taylor was so inspired, she bought Perry a brand new bike.

"I have to admit, I was completely surprised, I never expected this in a million years," said Perry.

He said he loves his new bicycle "It still amazes me," he said.

Amy Taylor, bought bicycle For Erie. She said "This is somebody that's chosen to continue to move forward, when it would have been real easy for him to give up and not many people do that."

A lot of people were surprised to learn Perry walked to work each day, because he's so reliable.

"He's either walking and sometimes that takes him about 2 hours and then other times he's riding his bike," said Cantu.

For Perry, not showing up for work was not an option.

"This was the first store that would hire me, so I figured I had to put in the effort,” he said. “I was raised if you get a job, you've made a commitment, you've got to honor it, so if it just means me having to get up early or travel a long way, it's what I've got to do."