RICHMOND, Va. – Richmond Police are investigating a two-vehicle crash that ended with one of the vehicles crashing into the store front of an East Broad Street business.

The crash happened Wednesday afternoon at the Release the Hounds, a branding company, located at 305 East Broad St.

Police said a white sedan was trying to cross Broad St. from N. Madision St. when the driver collided with a black Ford Mustang. The driver of the Mustang lost control of the car and crashed inside the East Broad St. business. 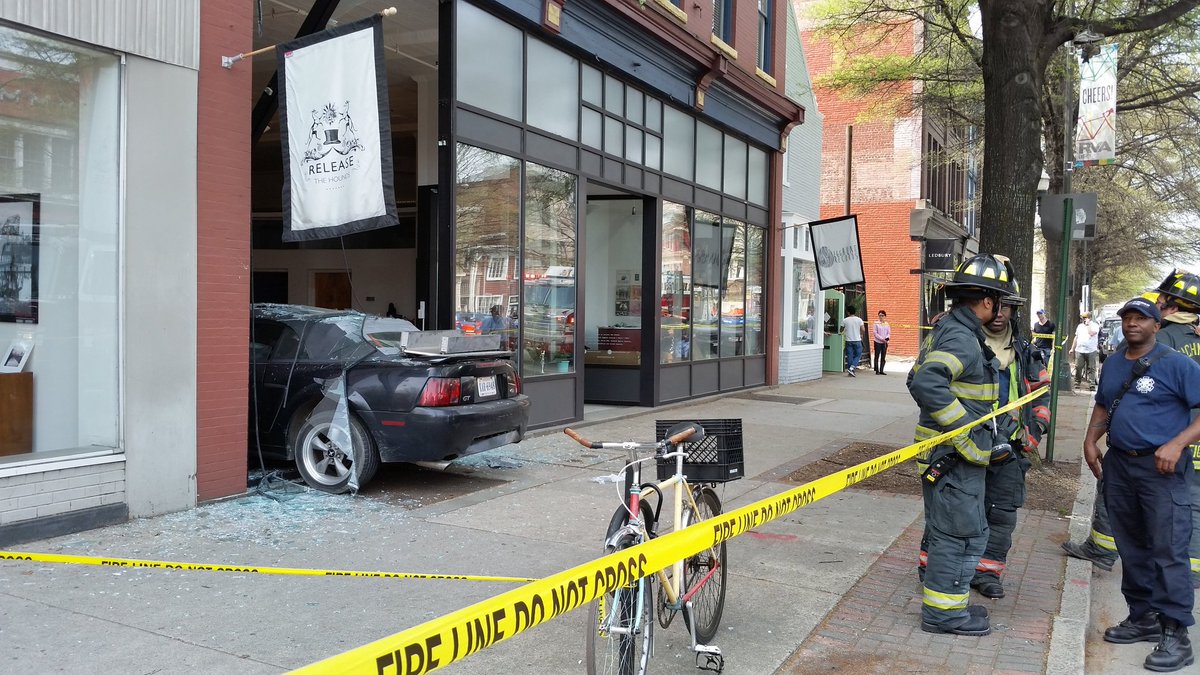 The driver of Mustang is being evaluated on scene by EMT personnel. There were no injuries inside the store.

The driver of the white sedan has been charged with failure to yield.

All eastbound lanes on East Broad Street, starting at Henry St. are closed while crews are on the scene.